BRIDGEPORT — The Bridgeport man accused of killing his girlfriend and sparking an Amber Alert when he took off with their 6-year-old daughter, was previou... 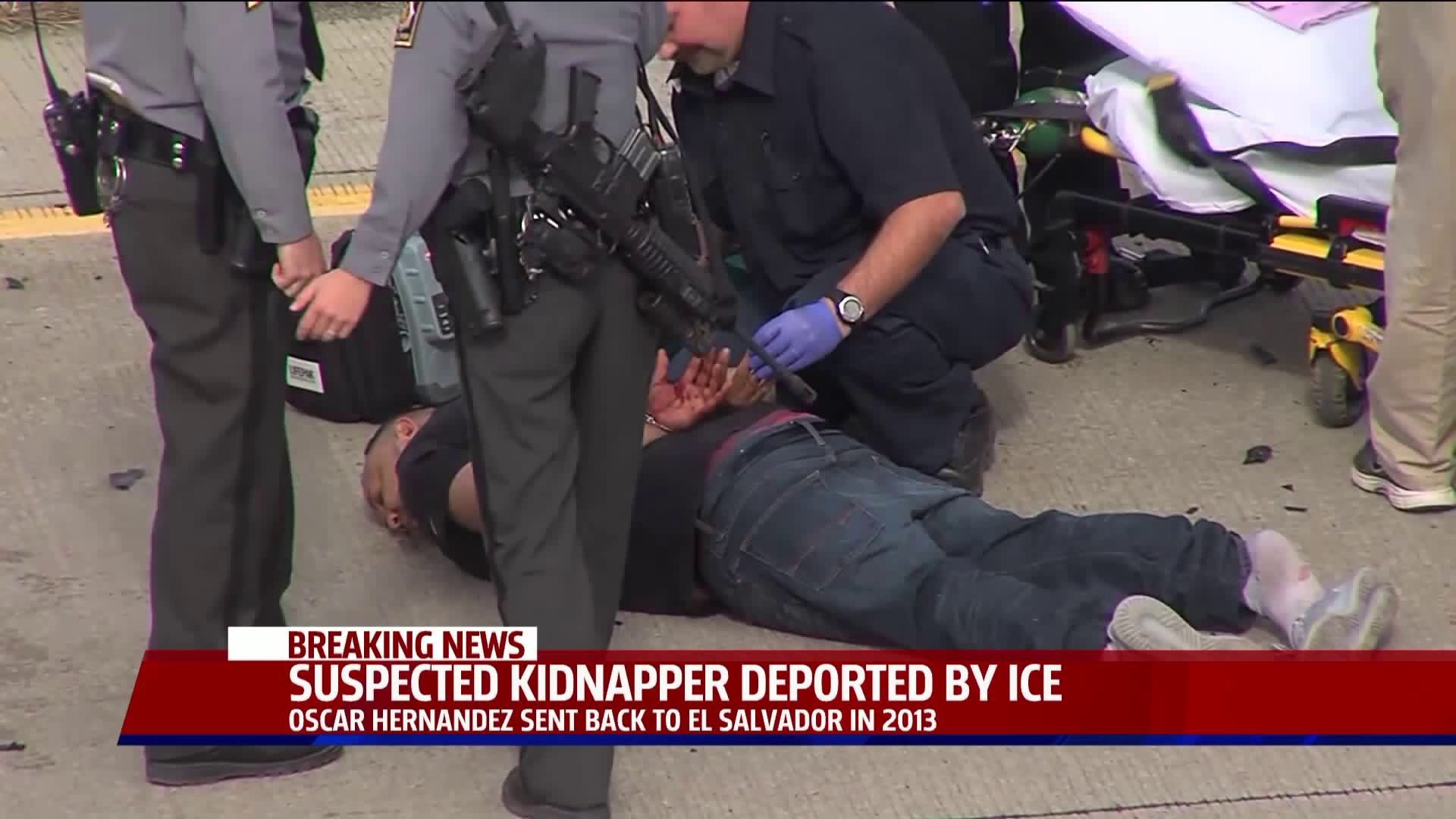 BRIDGEPORT -- The Bridgeport man accused of killing his girlfriend and sparking an Amber Alert when he took off with their 6-year-old daughter, was previously deported, immigration officials said.

"Oscar Obedio Hernandez, a citizen of El Salvador, was issued a Final Order of Removal by an immigration judge on Oct. 29, 2013," said spokesman Shawn Neudauer. "He was removed from the United States by ICE officers in Hartford, CT on Nov. 27, 2013. He has prior felony convictions from 2002 for assault and threatening, as well as several misdemeanor convictions. ICE has placed an immigration detainer with the Bridgeport (Connecticut) Police Department.”

Gov. Dan Malloy's spokeswoman, Kelly Donnelly, issued a statement today regarding the incident between Hernandez and the ICE.

"Our local laws are designed to protect our residents and also ensure that those in harm's way feel safe seeking help from law enforcement. That's why convicted violent felons are detained for deportation under our state laws that the governor has consistently and strongly supported." said Donnelly.

An Amber Alert was issued early Friday morning for Aylin Sofia Hernandez, 6, from Bridgeport. Police say her mother, Nidia Gonzalez, 26, was stabbed to death in a domestic dispute with her father. The mother’s female friend is in critical condition after the stabbing, police said.

Hernandez, is the girl’s father and was captured on I-99 in Philipsburg, Pennsylvania just after 11 a.m. He was previously spotted in the Bronx, New York. Police spent hours looking for him across multiple states.

Click here for full details on what happened Friday.