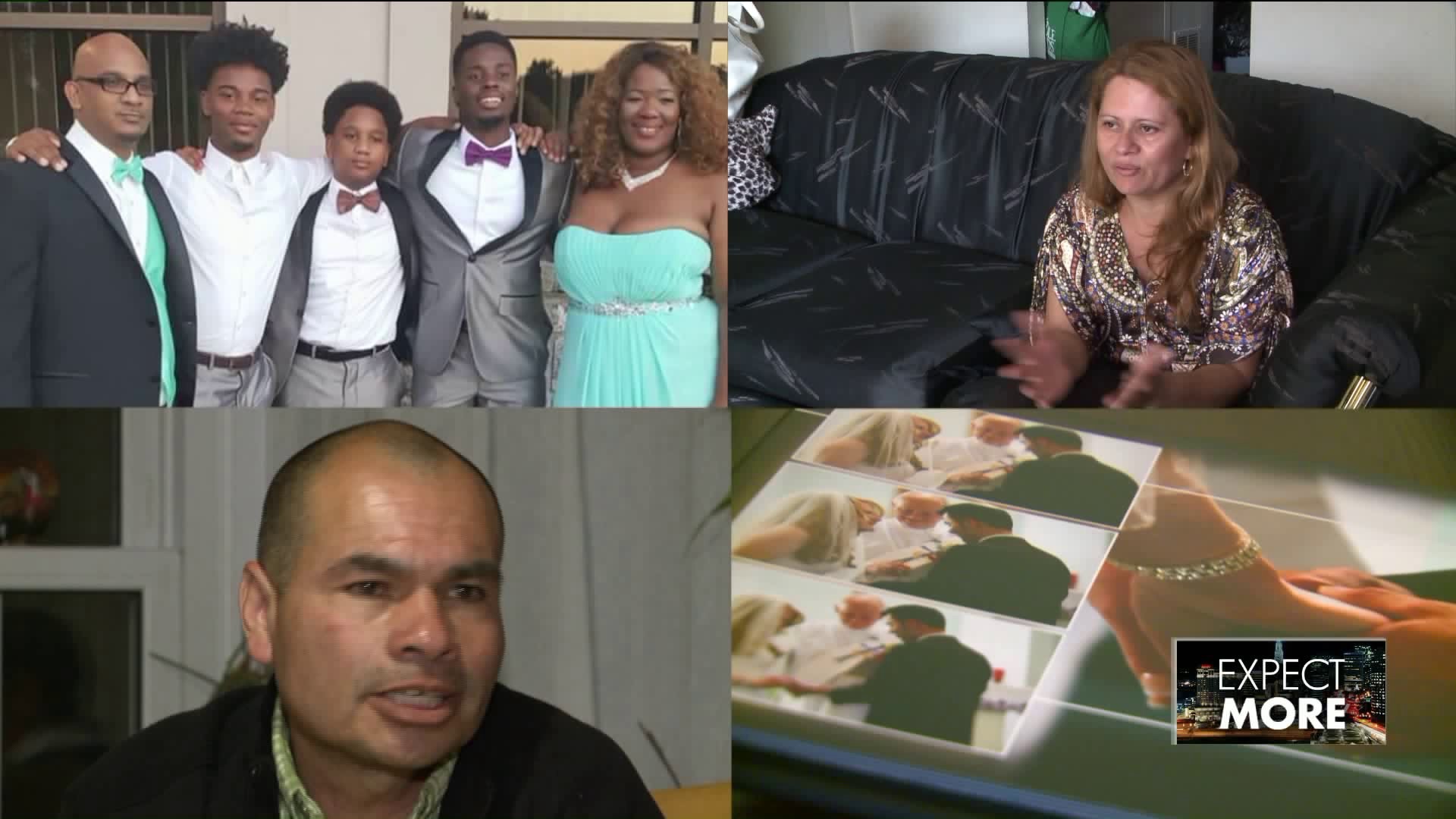 HARTFORD -- Immigration battles in Connecticut are making headlines across the country.

O’Neil-Baker said, The Hartford Legal Group, has been overwhelmed with new and old cases in the last few months. “Immigration has let them stay here, let them work, raise their family, pay taxes, all of those things. Unfortunately, with the executive orders, there's been a new policy. There's been a change,” said O’Neil-Baker.

That change, is new leadership in Washington. “I don’t mind having a big beautiful door in that wall so people can come in this country legally,” said candidate Trump during a 2016 presidential debate.

President Trump promised to enforce the law and get tough on removing those who are not in the U.S. legally. Some Americans are praising this approach.

In response to the recent Connecticut cases, FOX61 viewers have written in stating, “Boo Hoo!  Become a citizen and you won't have to worry about this,” wrote one viewer. “Get him out of here... Now,” said another viewer.

President Trump's predecessor, President Obama, also took an aggressive stance toward undocumented immigrants at the outset of his president by removing millions, many from Mexico.

However, after a number of protests and pressure from activists, President Obama eventually softened his approach and focused instead on those who committed crimes and crossed the border recently.

“Everybody, if you don't have legal status, you're all in the same boat. There's no distinction,” said O’Neil-Baker

Forget the criminal record, simply defying a deportation order in the past or any other mandate from immigration, no matter how long ago, can lead to a directive to leave the country.

She says her clients, many with little money, have fled war-torn countries or life-threatening situations and are trying to buy time here in the U.S., hoping the process of becoming a legal resident or citizen would eventually get easier.

“If you've been here without status, it's extremely difficult to fix that situation,” said O’Neil-Baker.

Once you cross the border illegally, no matter the reason, it's nearly impossible to obtain permanent legal status or citizenship.

Part of the application requires proof you've been in the country legally, through a work sponsor, spouse, parent or child over 21.

“For example, a sister who is a citizen, if they file for their sibling, they must wait 23 years until a visa is available. Let that sink in,” said O’Neil-Baker.

U.S. Citizenship and Immigration Services answers a few questions about the path to legal status and citizenship in the United States.

What’s the process to become a U.S. Citizen?
These general eligibility requirements specify that the applicant must:

What path do most people take to get legal status or citizenship?

In general, an individual age 18 or older seeking to become a citizen of the United States must apply for naturalization by filing an Application for Naturalization, Form N-400. To be eligible for naturalization, an applicant must fulfill certain eligibility requirements set forth in the Immigration and Nationality Act (INA).

How easy or rigorous is the process?
The decision to naturalize is a deeply personal one and is ultimately an individual choice. There are, however, some common reasons that immigrants say influence their decisions not to apply for citizenship. These include an insufficient understanding of the naturalization process, anxiety about the English and civics tests, and the cost of the application fee.  Understanding this USCIS continues to:

The United States has a long history of welcoming immigrants from all parts of the world. During the last decade, U.S. Citizenship and Immigration Services (USCIS) welcomed more than 7.4 million naturalized citizens into the fabric of our nation.  In fiscal year 2016, 752,800 people were naturalized.  The number of applications received, approved, denied, and pending are displayed by quarter of fiscal year, office and subtype here.  As of March 31,  almost 300,000 applications were received during fiscal year 2017, second quarter.

Why would someone be denied citizenship?

These statistics/data are unavailable.  However, the link below to the records study provides some information : https://www.uscis.gov/sites/default/files/USCIS/files/Records_Study_for_the_Naturalization_Test.pdf  Anecdotally, some common reasons include: insufficient information, not passing background checks, no signature included in the application, lack of proper fee, but again, each case is different.

If You Don’t Pass: USCIS will provide you two opportunities to take the English and civics tests and to answer all questions relating to your naturalization application in English. If you fail any of the tests at your initial interview, USCIS will retest YOU on the portion of the test that you failed (English or civics) between 60 and 90 days from the date of your initial interview. See 8 CFR 312.5(a) and 335.3(b).