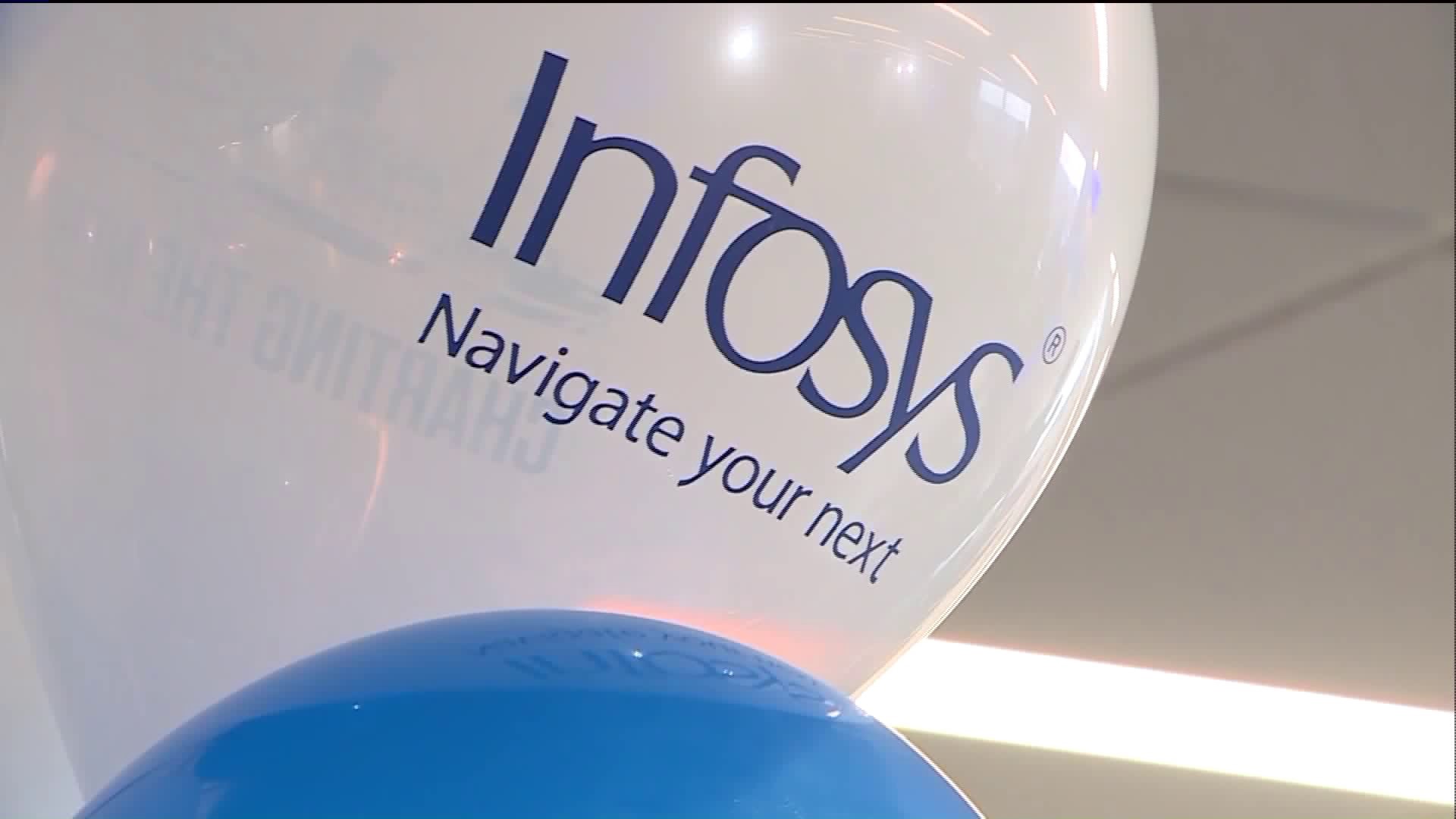 Infosys held the grand opening of their new technology and innovation hub on Asylum Street. They’ve promised to bring 1,000 new high-paying jobs to Hartford by 2022.

It was hailed as a landmark day for Connecticut.

“I’m so thrilled and excited for Hartford that we won this competition,” said Catherine Smith, the Commissioner for the State Department of Economic Development. They’ll bring 1,000 new jobs. But the state has offered incentives to get that number to 2,000. “I know you promised 1,000 but I’m expecting 2,000,” said Gov. Dannel Malloy.

It was Governor Elect Ned Lamont who convinced the head of Infosys to come.

“I went down on bended knee to New York probably two or three times to his office,” said Lamont. “I told him about the amazing state of Connecticut and one day he said I’ll come up and take a look.”

But it was  Governor Malloy who incentivized him to stay.

“We took the heat of making the financial deal and he will get the benefit of the jobs,” Gov. Malloy joked.

Infosys could get $12 million in grant money for meeting the job benchmarks. The three floor, 65,000 square foot hub was a $20.6 million project.

“This is going to be a magnet for attracting local talent from all adjacent states in and around the state of Connecticut,” said Ravi Kumar, the President and COO of Infosys.

Infosys focuses on technology innovation in the insurance, healthcare and manufacturing sectors. FOX61 took a tour of the building where they were demonstrating sensors on jet turbines that report to the cloud and other high-tech visual reality and artificial intelligence solutions.

“This is the start of an era for Connecticut where we do believe that this can actually become a tech hub of the East Coast,” said Kumar.

Infosys is partnering with Trinity College as a sort of pipeline to employment.

“A liberal arts college partnering with a digital tech leader to create a pipeline for local talent,” explained Hartford Mayor Luke Bronin. Committed to training the workforce of tomorrow — the Infosys foundation has awarded grants that have helped more than 3,500 students in Connecticut with new training, workshops and equipment.

Lamont added, “We don’t have silicon and we may not have oil, but we’ve always had the best trained, most productive workforce in the world. That is the Connecticut calling card.”

Hartford is now one of just four innovation hubs for Infosys. They said they are a growing company and have hired more than 7,000 workers in the last 18 months and will hire 10,000 more over the next five years.