ENFIELD — According to the most recent study by the Connecticut Department of Corrections, 79 percent of male offenders who were released from prison back... 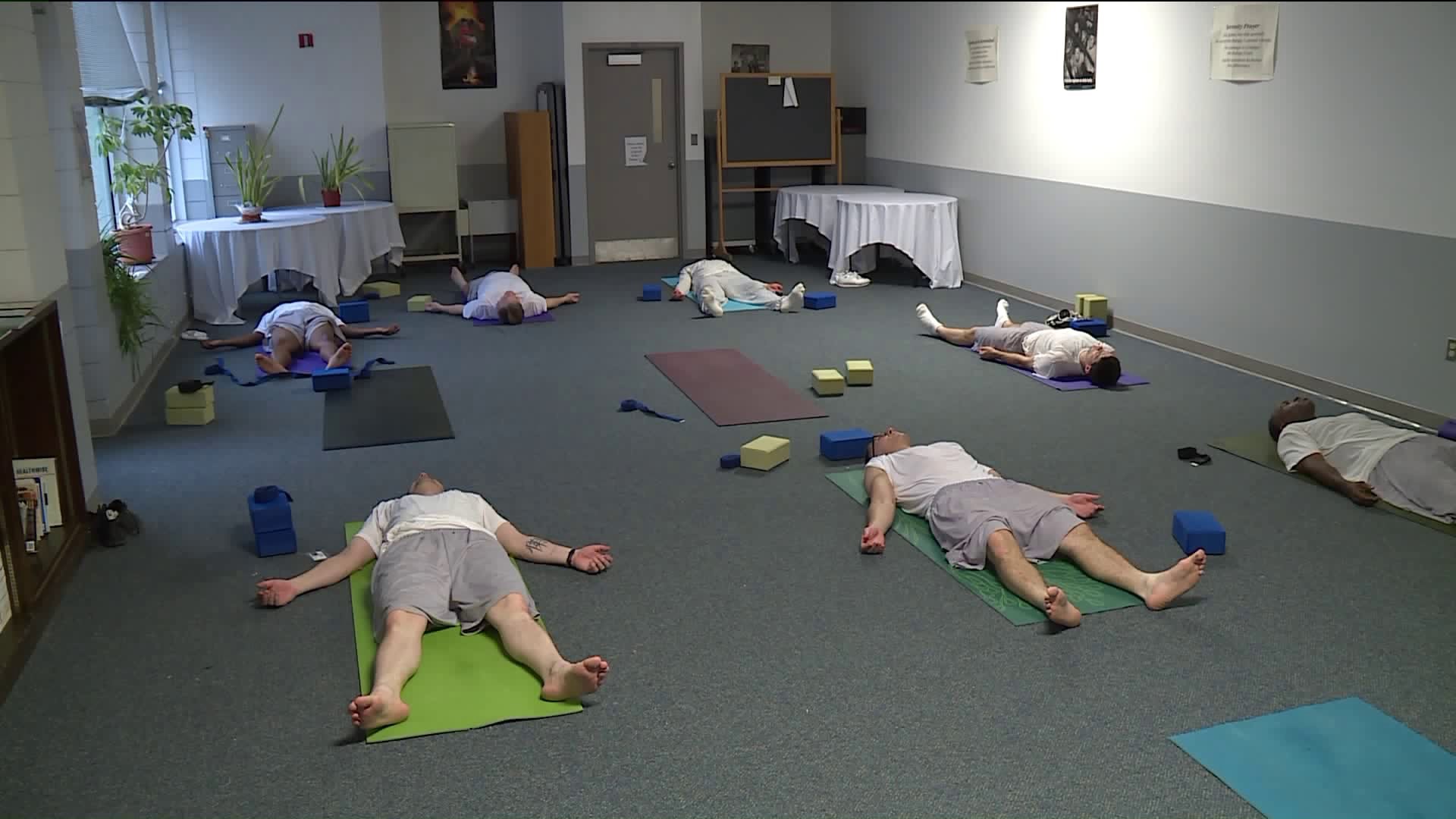 ENFIELD -- According to the most recent study by the Connecticut Department of Corrections, 79 percent of male offenders who were released from prison back in 2005, were rearrested within five years of their release.

To combat this statistic, the Willard Cybulski Correctional Facility started the Community Reintegration Center. Inmates who have passed an application and interview process for admittance, are then put on a rehabilitative path meant to encourage successful re-entry into society once they are released from prison.

In this program, the inmates are required to have eight to 10 hours of meaningful activity per day. This can include taking educational classes, working various jobs, doing community service, and perhaps surprisingly, yoga.

Though prison may not be the typical setting for a yoga class, the principles of the ancient art remain constant.

For Kendra Morales, who currently teaches yoga to inmates in the Community Reintegration program, this is her favorite type of yoga.

“I am able to come and teach to people who are at their bottom,” said Morales.

“A philosophy of living with the absence of violence to self or others, the ability to concentrate, the ability to stay present moment, the ability to get out of self and serve when possible, being content with being exactly where you are at any given point, accepting every moment as you chose it," said Morales. "Those are the basic philosophies of yoga.”

It's a connection with this class, and with this type of yoga, that has changed her perspective on the world.

“Teaching within the prison," said Morales. "It has been one of the best experiences of my life.”

Born in prison herself, Morales grew up with her own struggles, which lead to a persisting feeling of disconnect.

“For me, I chose to take my trauma and use it in a way that hopefully other people could connect from and learn from," said Morales.

And those she’s connecting with, are people like Jacob Rebb, a first time offender serving eight years for assault charges.

Also John Pettaway, who is now serving what he calls his fourth but final sentence after struggling with drug and alcohol problems for his much of his adult life.

“This is my last shot, if I don’t get it right this time, I’m never going to get it right in my eyes," said Pettaway. "I know one thing, the reintegration program that I am in, it’s helped me prepare for my life goals when I go out.”

In this reintegration program Pettaway and Rebb, along with many other inmates, have found yoga. Many may think of yoga as a trendy workout, but these inmates see it as a way to heal.

“This program has given me my life back," said Pettaway.

Morales' class has become a way for inmates to learn strategies of patience, and control, in hopes of making this their last time ever coming to prison.

“This isn’t a reward, this is another tool that they have in order to go back in to these environments back into the world, and process differently, and in turn react differently,” said Morales. ”I recognize that there are crimes that have been committed, and there’s consequences for those crimes, but eventually time is going to get served and then you get out. So where are the coping skills when you get out?”

So, for a few hours each week, yoga becomes an escape for these inmates.

“Like I’m not here, like I’m not in prison," said Rebb. "It’s an environment that you won’t find anywhere else.”

Now, every Thursday night, Morales comes face-to-face with people that many may fear, or look down upon, but she said it's all part of her hoping to influence instrumental change.