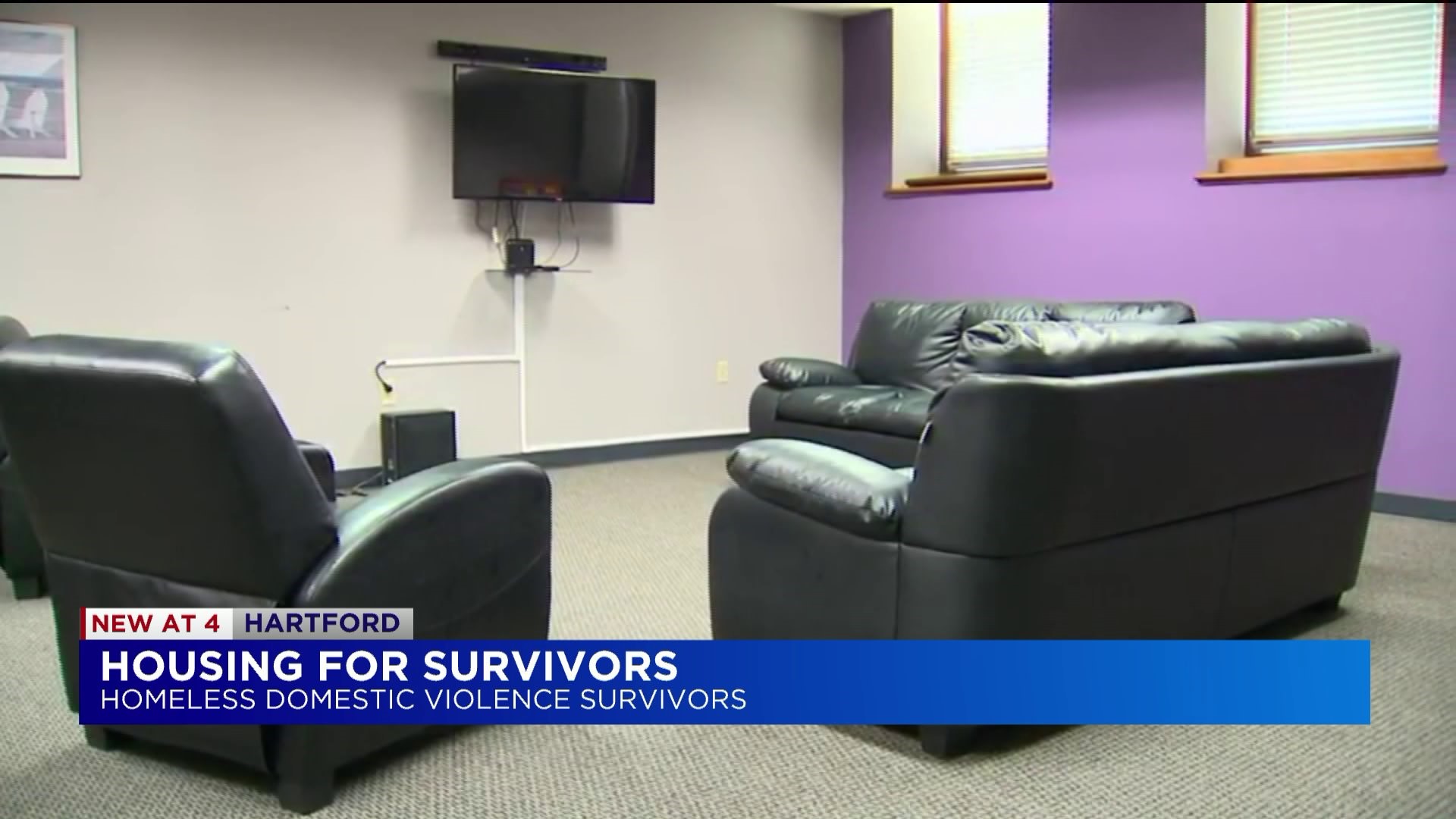 HARTFORD  - A new partnership is leading the way to shelter and house survivors of domestic violence.

There are about 40,000 reported domestic violence survivors in Connecticut and 38% of those people will be homeless at some point.

"We have emergency shelter but also transitional housing and permanent supportive housing so we can give folks that key answer to I can go to a shelter but then what happens next?" explained Barbara Damon, the CEO of the Prudence Crandall Center in New Britain. They are one of 18 housing providers across the state. The center in New Britain provides safe housing space for up to 28 families at a time, along with an on-site medical clinic and space for kids to learn and play.

The partnership has already housed 73 adults and families.

"Survivors of domestic violence and their children accessing housing resources in a way that they have never been able to access them before," said Karen Jarmoc, the CEO of the Connecticut Coalition Against Domestic Violence.

And that is because of competing federal rules. HUD required homeless individuals to report information that identified them...keeping them away from easy access to housing resources.

Now, the homeless and domestic violence providers work together to use anonymous data.

"We’ve developed an innovation approach that is now a model nationally for how to square that circle and as you can see it’s working with 74 households served to date," said Lisa Tepper Bates, the CEO of Connecticut Coalition to End Violence.

"To transition to their next best place which is to leave shelter and be in a housing environment that is stable and safe," said Jarmoc.

Connecticut recently strengthened its support of domestic abuse survivors through several new laws. One prohibits any person with a restraining order against them from possessing a gun. The other mandates training for law enforcement to identify the primary aggressor during a domestic violence call to eliminate jailing victims.

"We have strengthened our laws every way we can. I think we have gone from being a laggard protecting people from domestic abuse to being one of the two, three or four best states at it," said Gov. Dannel Malloy.

The providers said this collaboration was desperately needed. Connecticut’s domestic violence shelters are operating at 122% capacity.