TOLLAND — Some homeowners dealing with crumbling foundations received good news from Travelers Insurance, which announced it will give financial help to i... 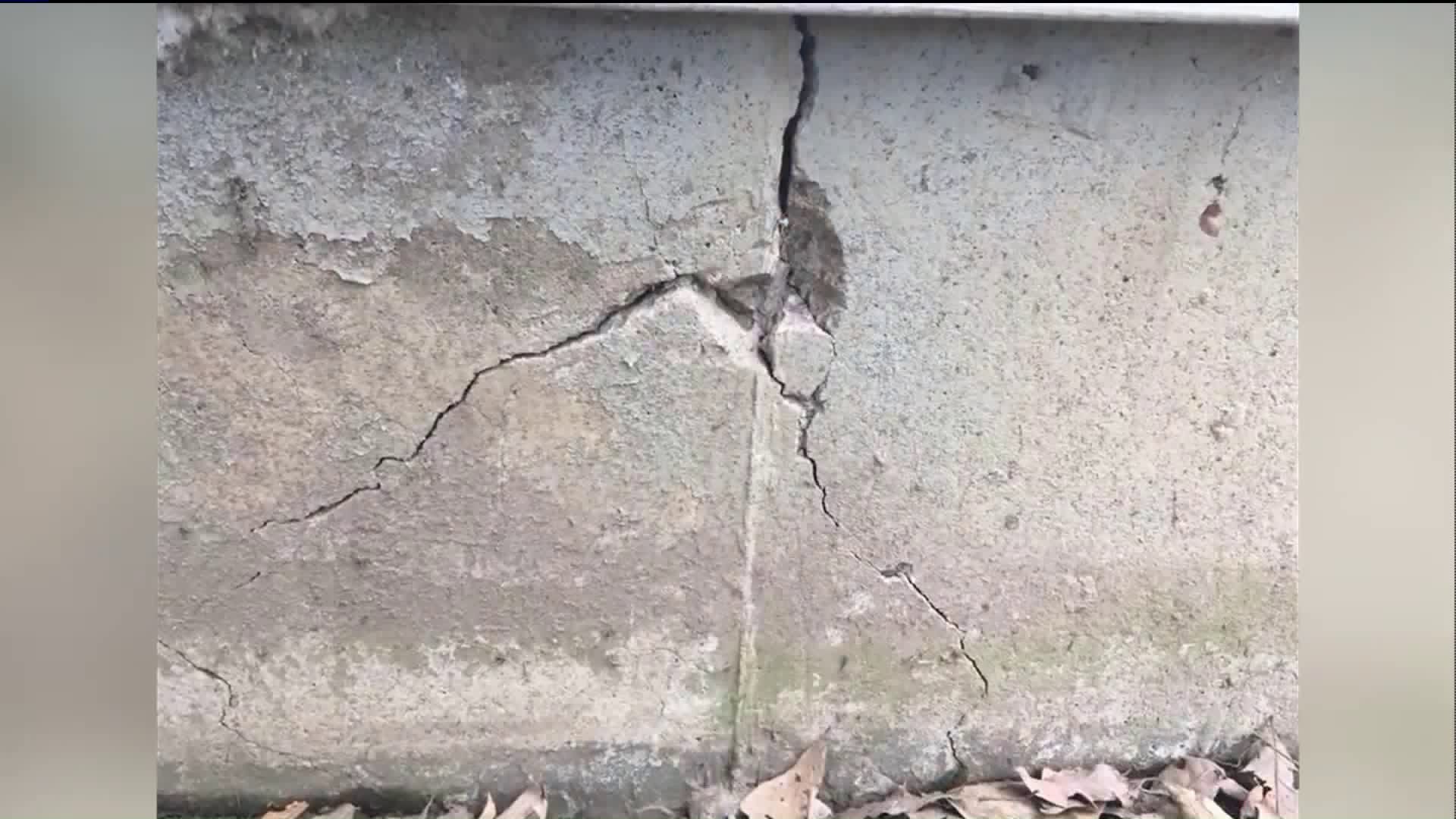 TOLLAND -- Some homeowners dealing with crumbling foundations received good news from Travelers Insurance, which announced it will give financial help to its customers.

A study from the state said that a mineral called Pyrrhotite caused concrete foundations to crack when exposed to oxygen and water. More than 700 homeowners have notified the state that they have the problem, but the governor's office has estimated that 35,000 homes in Connecticut and Massachusetts could be impacted.

Most of the affected homes were built between the early 1980s and the early 2000s, with concrete poured by a now out-of-business company called J.J. Mottes.

"There's emotional stress," said Bill Frank, who built his Tolland home with his wife, Kim, in 1998.

Two years ago, the Franks discovered their foundation was crumbling.

"Everyday it brings stresses," said Frank. "What are we going to do next?"

Frank said he and his wife love their home, love their town and raised two children there.

"Now we are trying to make sure that physically, we're safe he sound," he said. "The estimates that we've had to repair our foundation run in the low- to mid-$300,000-range."

The Franks are former Travelers customers, but he said $10,000 would not come close to covering their costs. They could also receive money from the state, which set up a captive insurance organization.

“Ten-thousand is better than nothing,” said Susan Toomey, who owns a home in Stafford with a crumbling foundation.

Toomey is a former customer of Travelers. She said she hopes to get $100,000 from captive and $10,000 from Travelers, but it’s still not enough.

“There's no way we can fix it now. We can’t front the money,” said Toomey.

The Travelers program begins in February. Many homeowners with crumbling foundations said they hope other insurance companies will follow suit.