NEW HAVEN —  Bushra Mahdi came to New Haven with her husband and four children in 2014 as refugees from Iraq. The family did not speak any English or know... 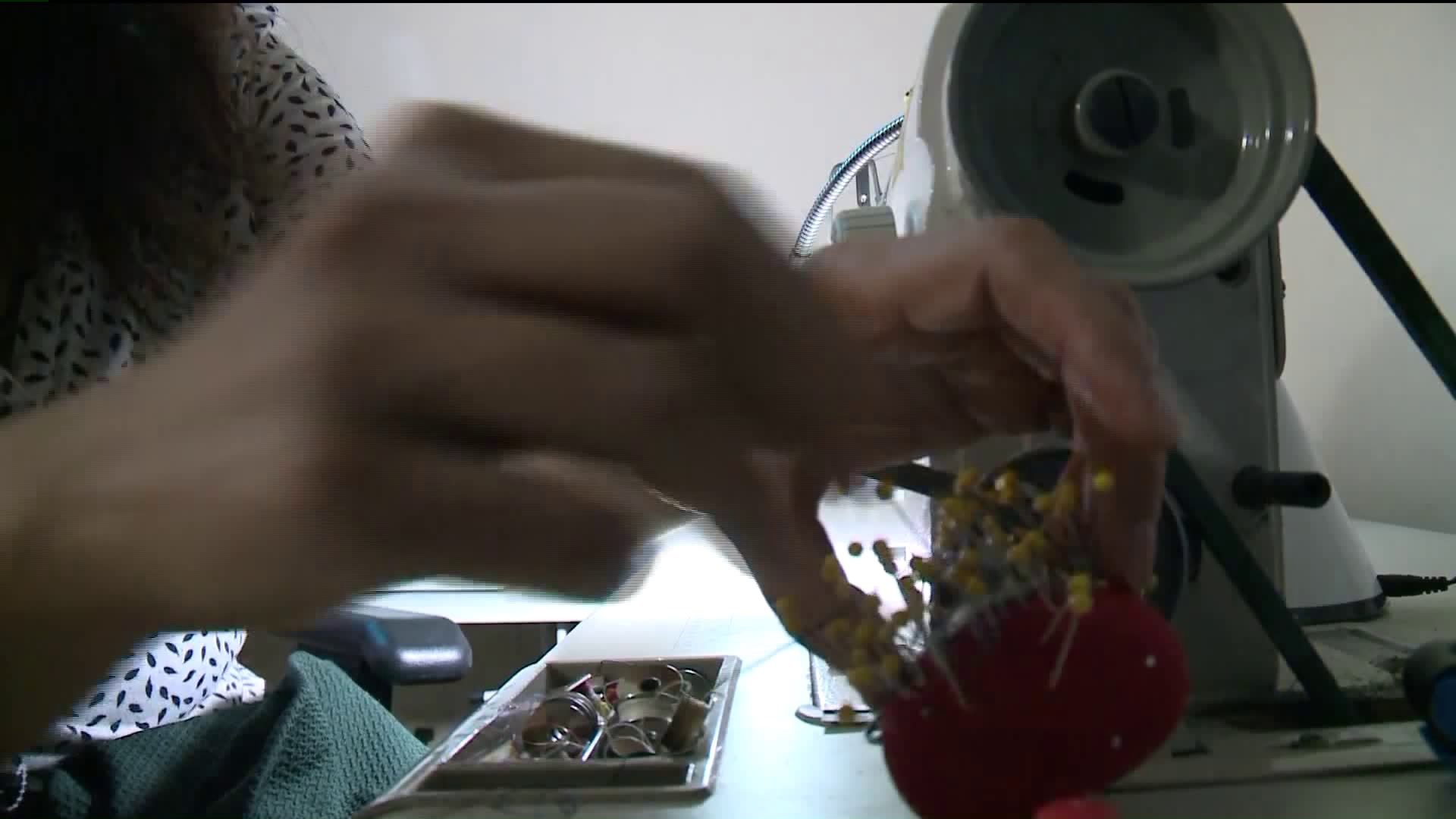 NEW HAVEN --  Bushra Mahdi came to New Haven with her husband and four children in 2014 as refugees from Iraq. The family did not speak any English or know anyone when they arrived, but have since flourished in their new home.

"I felt happy when I came here because I'm safe," said Mahdi.

Mahdi ran her own tailoring business in Iraq for nearly 30 years. Just months after arriving in the U.S., Mahdi asked her son to help her make business cards and went around to tailor shops in New Haven, looking for work.

Mahdi found work with a tailor and learned sewing terms in English.

"I know everything in Arabic, but the English is different, you know?" said Mahdi. "Like, zipper, button, shoulder."

But then, she got a bigger idea. "Why don't I open my own business?" Mahdi recalls asking her husband.

Less than three years after leaving Iraq, Mahdi just opened her own tailoring shop out of her home, both making and tailoring clothes.

She also takes classes at Gateway Community College to improve her English, and recently received her driver's license. She also volunteers with sewing classes at IRIS, the New Haven organization that helped to resettle her family. Mahdi says America offered her the love and safety that ISIS destroyed in her home country.

"My Quran says [to] love all people, respect all people," explained Mahdi. "But ISIS kill[s] people. No, I don't like that."

She said Americans have been extremely kind and welcoming to her and her family, and she is so grateful to have been able to restart her life in the United States.

"I love America," said Mahdi. "I love all people because [America] gave me [an] opportunity for life."