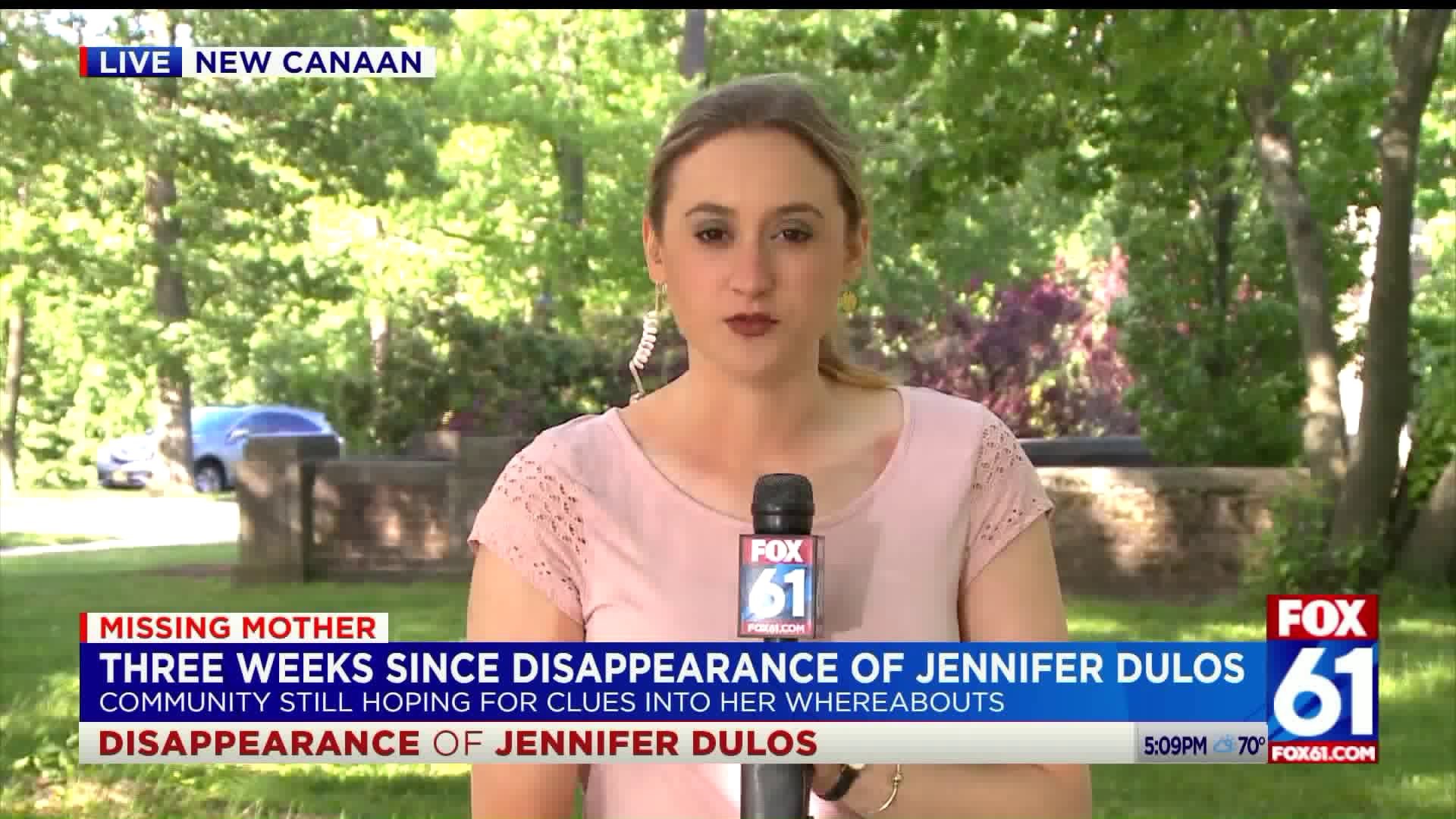 NEW CANAAN -- Friday marks three weeks since Jennifer Dulos, a New Canaan mother of five, was reported missing and the New Canaan Police Department has received more than 600 tips from the public.

Jennifer was last seen dropping her children off at New Canaan Country School on Friday, May 24. Her car was found later that day on Lapham Road in Waveny Park in New Canaan. ‘Missing Woman’ signs still dot the town, and residents continue to grapple with the tragedy striking the typically quiet community.

Jennifer’s estranged husband Fotis Dulos was released on bond earlier this week. He faces charges in connection with Jennifer’s disappearance. Many are convinced he knows something.

“I 100 percent think he has something to do with it,” said Courtney Walsh of Weston.

Fotis’s defense attorney, Norm Pattis, said his client was not in New Canaan the day Jennifer disappeared. But prosecutors said they found Fotis’s DNA mixed with Jennifer’s blood in her kitchen sink.

“If he wasn’t in New Canaan that day, he for sure still had something to do with it,” said Walsh.

Despite public perception, Pattis said he believes that, in time, his client will get a fair trial.

“My experience with juries, even in high profile cases, is that most people are preoccupied with their own troubles,” said Pattis. “While they may form opinions based on what they see from afar, people strive to be fair.”

Pattis’s team has launched its own investigation.

“We are looking at the possibility of foul play at someone else’s hands,” he said.

The New Canaan Police Department asks anyone with information to call their tip line at (203) 594-3544, to email them at FindJenniferDulos@NewCanaanCT.gov
or to submit an anonymous tip at www.FindJenniferDulos.com. Investigators say they are committed to finding Jennifer and bringing those responsible for her disappearance to justice. They say they will not rest until they find Jennifer.