NEW CANAAN — As a state police dive team searches an Avon pond, the family of a New Canaan mother of five who’s been missing for nearly three weeks is ren... 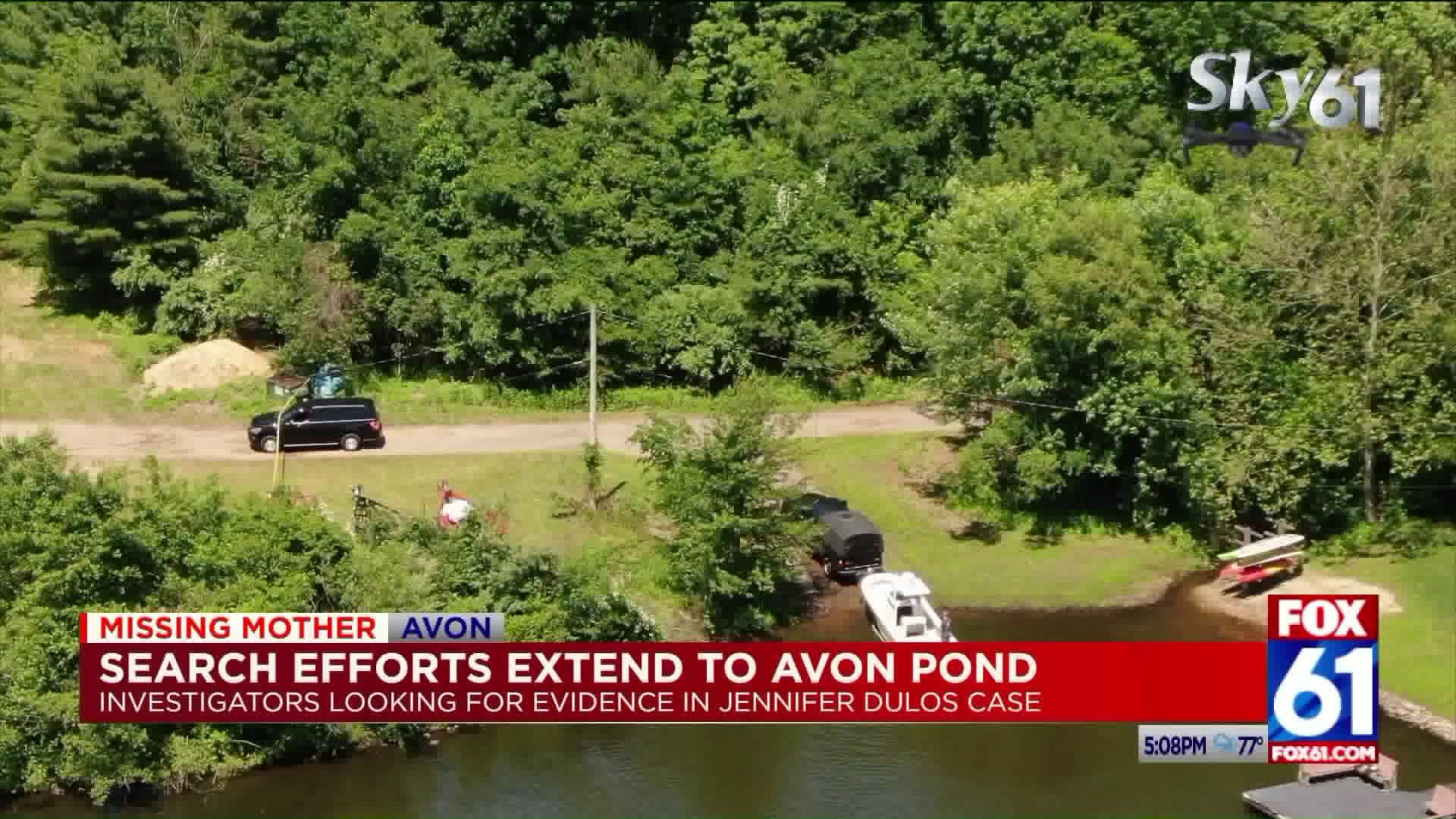 NEW CANAAN — As a state police dive team searches an Avon pond, the family of a New Canaan mother of five who's been missing for nearly three weeks is renewing its call for anyone with information about the disappearance to come forward.

Police said the Connecticut State Police Dive Team is searching a body of water located on Old Farms Road in Avon, in addition to troopers at MIRA in Hartford searching for evidence related to the disappearance.

FOX61 has learned people associated with the pond have been questioned by police.

This is not the first time police have searched the pond since Dulos disappeared – they also were there with dogs and boats on Friday May 31, the same day as they searched areas of Albany Avenue in Hartford.

In a statement Wednesday, Jennifer Dulos' family said "if you have any information at all, no matter how small, please email or call the New Canaan police" or go to the FindJenniferDulos.com website.

New Canaan police said 475 tips have been received from all over the US and even from Australia.  "Requests for video have resulted in 80 videos being shared with us. The newly created website  FindJenniferDulos.com has provided an additional tool for the public to communicate with Investigators on information that could possibly assist in locating Jennifer."

The 50-year-old New Canaan woman has been missing since May 24. She and her estranged husband, Fotis Dulos, have been involved in contentious divorce and child custody proceedings. He pleaded not guilty Tuesday to evidence tampering and hindering prosecution charges related to Jennifer Dulos' disappearance.

Wednesday's statement says her friends and especially her children are "missing her embrace, her lilting laugh, her bedtime backrubs, her gentle strength."