A Hartford Police Officer found himself on the wrong side of justice Monday. Officer Joven Gonzalez was in court today facing multiple assault charges after all... 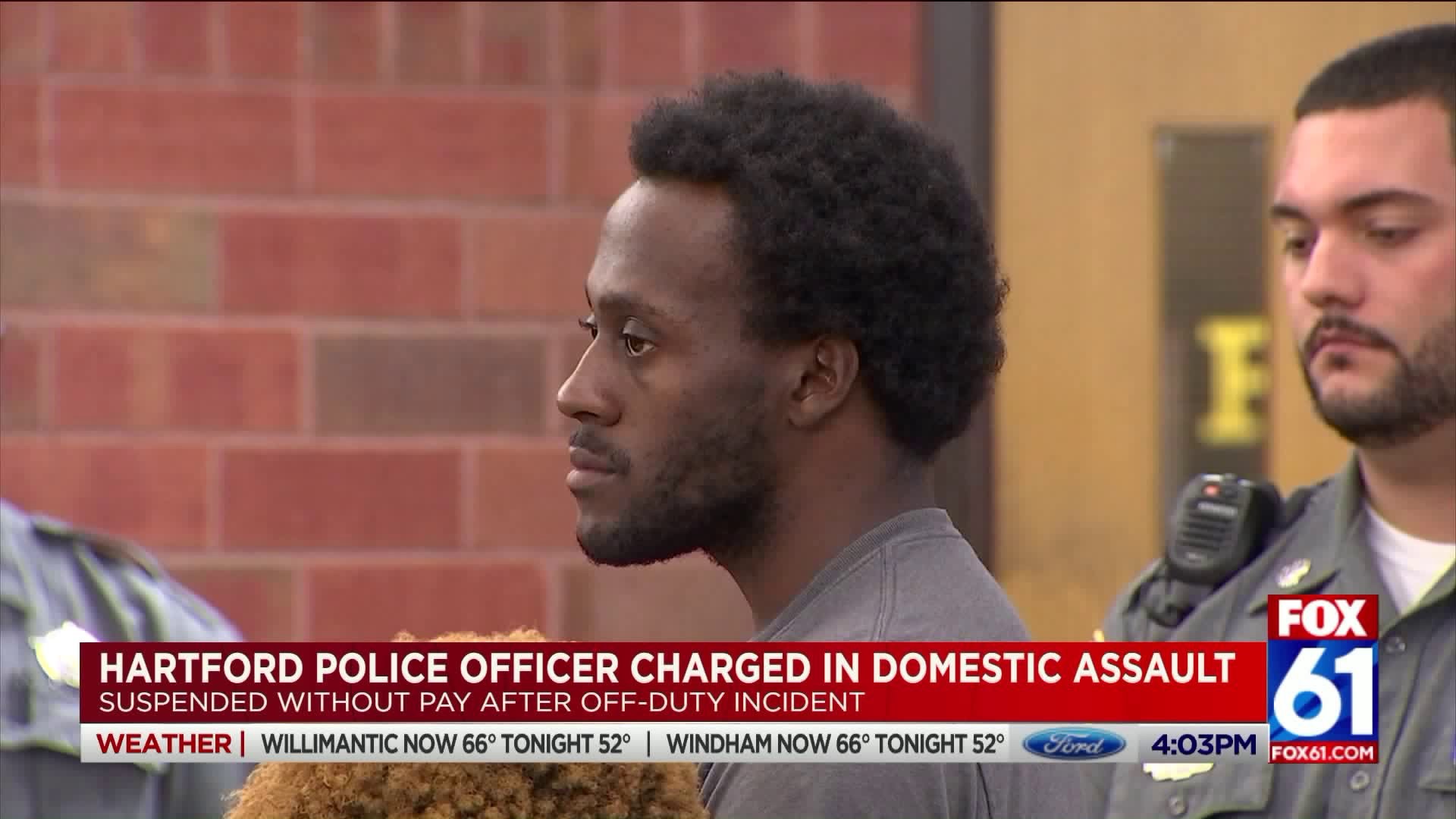 A Hartford Police Officer found himself on the wrong side of justice Monday. Officer Joven Gonzalez was in court today facing multiple assault charges after allegedly assaulting a former domestic partner and her acquaintance early Sunday morning.

A Hartford Judge set bond for Officer Gonzalez at $50,000 with a GPS monitoring system. The judge also issued a full no contact protective order so he can’t have any contact the woman in this case. He is facing a felony charge of assault as well as other misdemeanor charges.

Officer Joven Gonzalez allegedly hit the man with his gun. The female victim suffered from minor injuries. A Hartford judge issued a full no contact protective order saying Gonzalez can’t have any contact with the woman he’s accused of assaulting.

Hartford Police say they are looking into whether he used his department-issued gun in the assault. Gonzalez must now give up all of his guns as part of the protective order.

Gonzalez says he is going to try to post bail.

His public defender told the Judge, “He does want to clear his name, Your Honor.”

This isn’t the first time Officer Gonzalez has found himself on the wrong side of the law. Back in July, the Bloomfield police department opened an investigation into Gonzalez after a caller saw an on-duty police officer grabbing an underage girl at an apartment complex. Officer Gonzalez told officers then that he was returning some of her belongings and that the two had a relationship that was sexual in nature, but that she lied to him about her age.

He was never charged after that investigation.