Just how likely is a Measles outbreak in Connecticut?

So far, the latest outbreak of Measles in the U.S. has become the largest since the disease was considered eradicated here in the early 2000s – at over 700 conf... 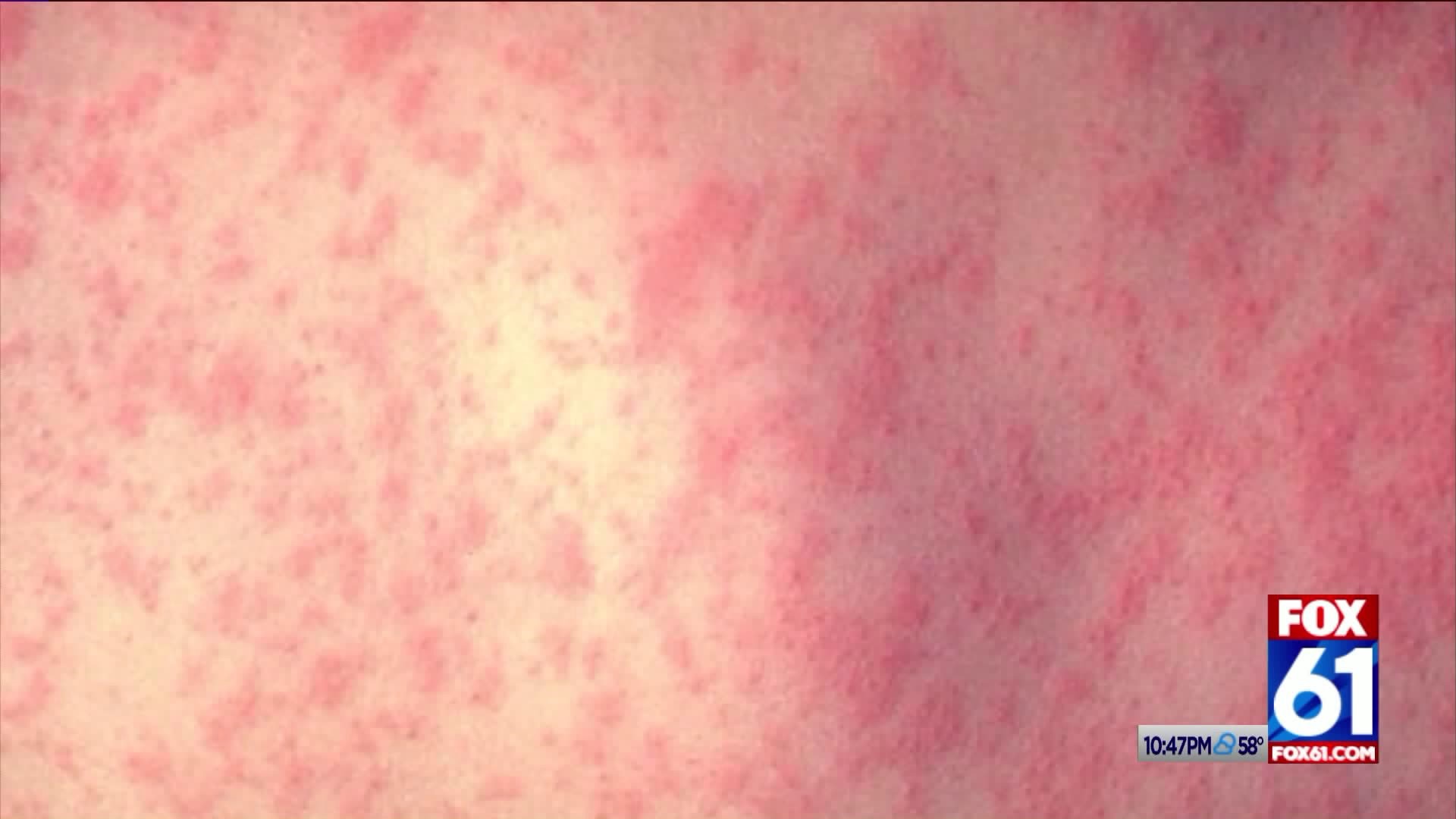 So far, the latest outbreak of Measles in the U.S. has become the largest since the disease was considered eradicated here in the early 2000s – at over 700 confirmed cases, three of which are in Connecticut.

Health officials said Connecticut, as a whole, has an excellent vaccination rate, above the threshold normally needed to ensure that isolated cases of the highly contagious disease don’t turn into an outbreak.

However, measles is so contagious that it can flourish in small pockets of under-vaccinated people, which is why, on Friday, the Connecticut Department of Public Health took the unprecedented step of publishing self-reported measles vaccination rates on a school-by-school basis.  DPH said schools need to have a 92 to 95 percent vaccination rate to achieve herd immunity and prevent an outbreak.

“Fortunately we have a vaccine, the measles vaccine is incredibly effective,” said Dr. Nick Bennett, the Division Head of Infectious Diseases and Immunology at CT Childrens Medical Center in Hartford.  He said most everyone will be protected from measles by getting the recommended two doses of the MMR vaccine.  However, he said the vaccine will also confer protection should inoculated people contract measles anyway, by shielding them from some of the disease’s worst side-effects, one of which is a extended weakening of the immune system after infection.

“It’s not just the measles virus itself that is potentially severe and potentially fatal, it’s all these secondary infections that are going to lead to time out of school, ER visits, doctor’s visits,” he said.

Dr. Patricia Ruppert, the Commissioner of Health in Rockland County, NY, the site of one of the largest outbreaks, added that another potentially deadly side-effect of the already potentially deadly disease is a rare, fatal brain infection that has been known to strike as late as 27 years after infection.

“Years ago they didn’t realize because of the time lag that it was related to having a measles case, but we know that now,” she said.