HARTFORD — We’ve been continuing to cover the rise in car thefts across Connecticut. Now, a bill just passed the senate that addresses the issue head on. SB 504... 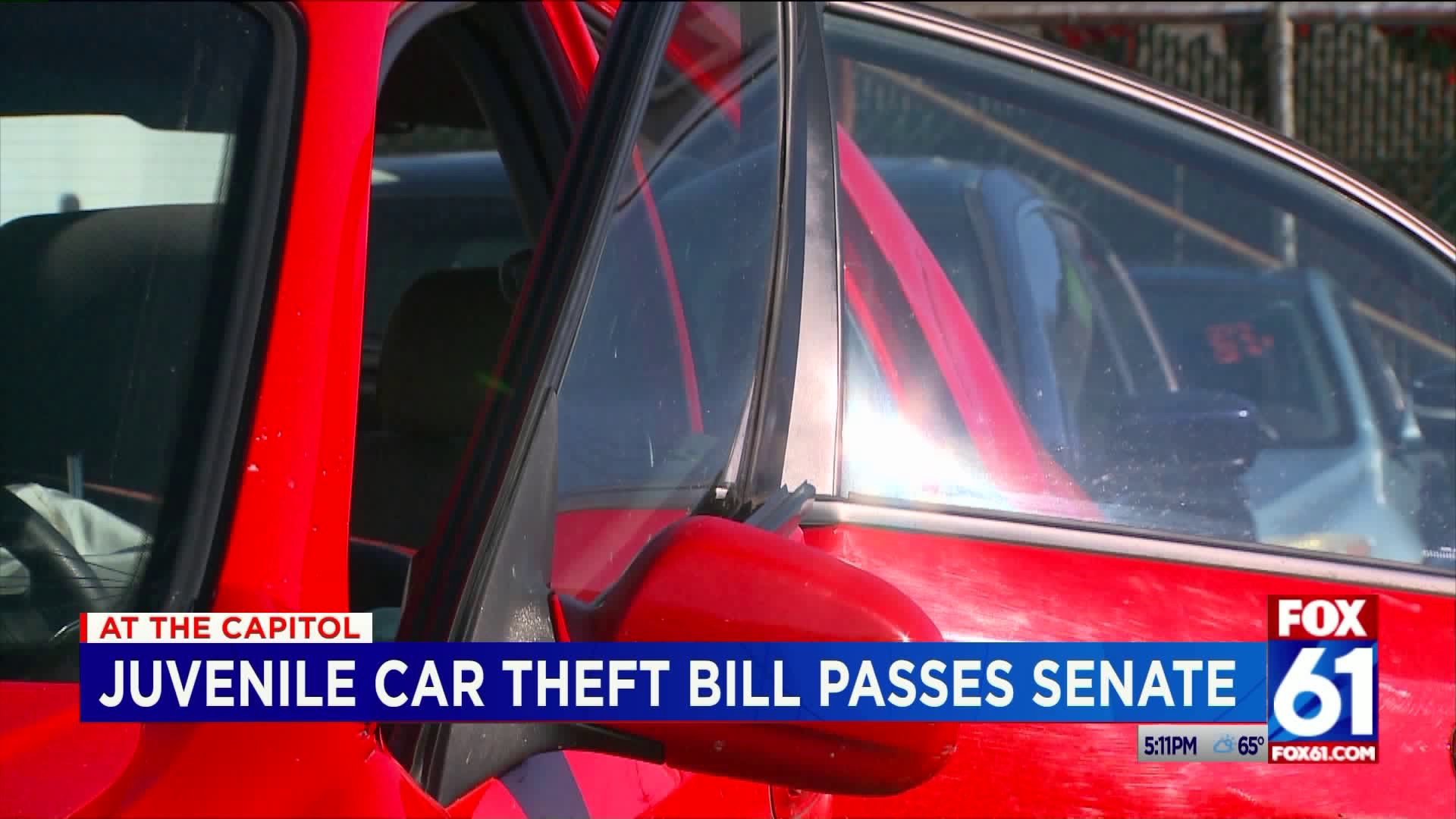 HARTFORD — We’ve been continuing to cover the rise in car thefts across Connecticut. Now, a bill just passed the senate that addresses the issue head on.

SB 504 passed the senate with relatively little debate Thursday. The bill aims to gather information and correct behavior using treatment instead of discipline.

Juveniles charged with stealing a car can apply to defer any legal action on their charges for up to six months to get services instead of getting funneled into the adult court system.

The juvenile would have to agree to what the court orders, which could mean reporting to juvenile probation officer who would then report the progress back to the court where the case could ultimately be dismissed.

Sen. Gary Winfield, (D) 10th District said, “Certainly at a certain point they could find themselves in the adult system. But the focus of the bill is to make sure those programs are in place to make sure they get resources that they really need.”

Sen. Len Fasano, (R) Senate Republican Leader said, “And, at least we are going to understand why this is happening? Is it drugs, is it for the thrill of it? Is it gangs, is it boredom, what is it?”

Senator Fasano is referring to another part of the bill which would gather data on rehabilitation programs and track demographic information and if the treatment was completed or not.