BRISTOL — Lake Compounce announced Monday an addition for its waterpark that will open next season. Officials said the Venus Vortex  will open for the Sum... 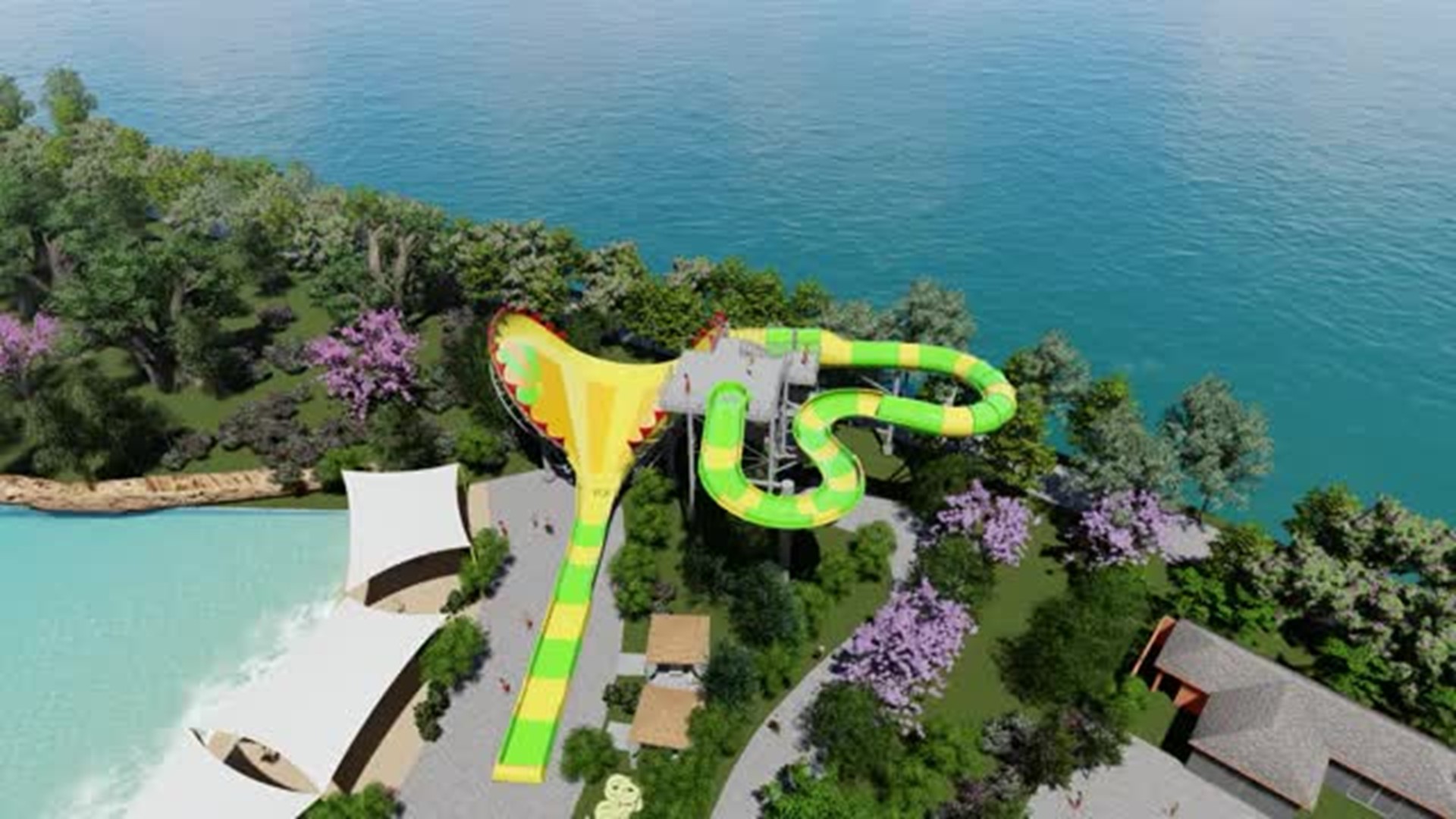 BRISTOL -- Lake Compounce announced Monday an addition for its waterpark that will open next season.

Officials said the Venus Vortex  will open for the Summer of 2020. Reaching six stories in the sky, the Venus Vortex will resemble the carnivorous mouth of a hungry venus flytrap twists, turns and sudden drops. According to the press release, "After journeying through a dark tunnel, riders will experience weightlessness as they suddenly plummet down the near vertical drop into the jaws of the hungry creature.  As your three-person raft slides back and forth in between rows of teeth, you must escape before it traps you inside.  Take a big sigh of relief as your raft reaches the final splashdown: you’ve narrowly missed being eaten!"

“Venus Vortex will be Lake Compounce’s largest and most thrilling slide to date,” said Jerry Brick, Lake Compounce General Manager. “This addition will further solidify our park as the go-to water park in Southern New England.”

Venus Vortex will be located right alongside the lake, next to Bayou Bay Wave Pool and across from Johnny Rockets, and is scheduled to open to guests Memorial Day Weekend 2020. 2020 season passes   are now on sale at LakeCompounce.com for as low as $87.99 and include the rest of the 2019 season.