PLANTSVILLE — Ned Lamont and Bob Stefanowski tackled the issue of how to save teacher retirement pensions Tuesday at the Aqua Turf Club in Plantsville. Bu... 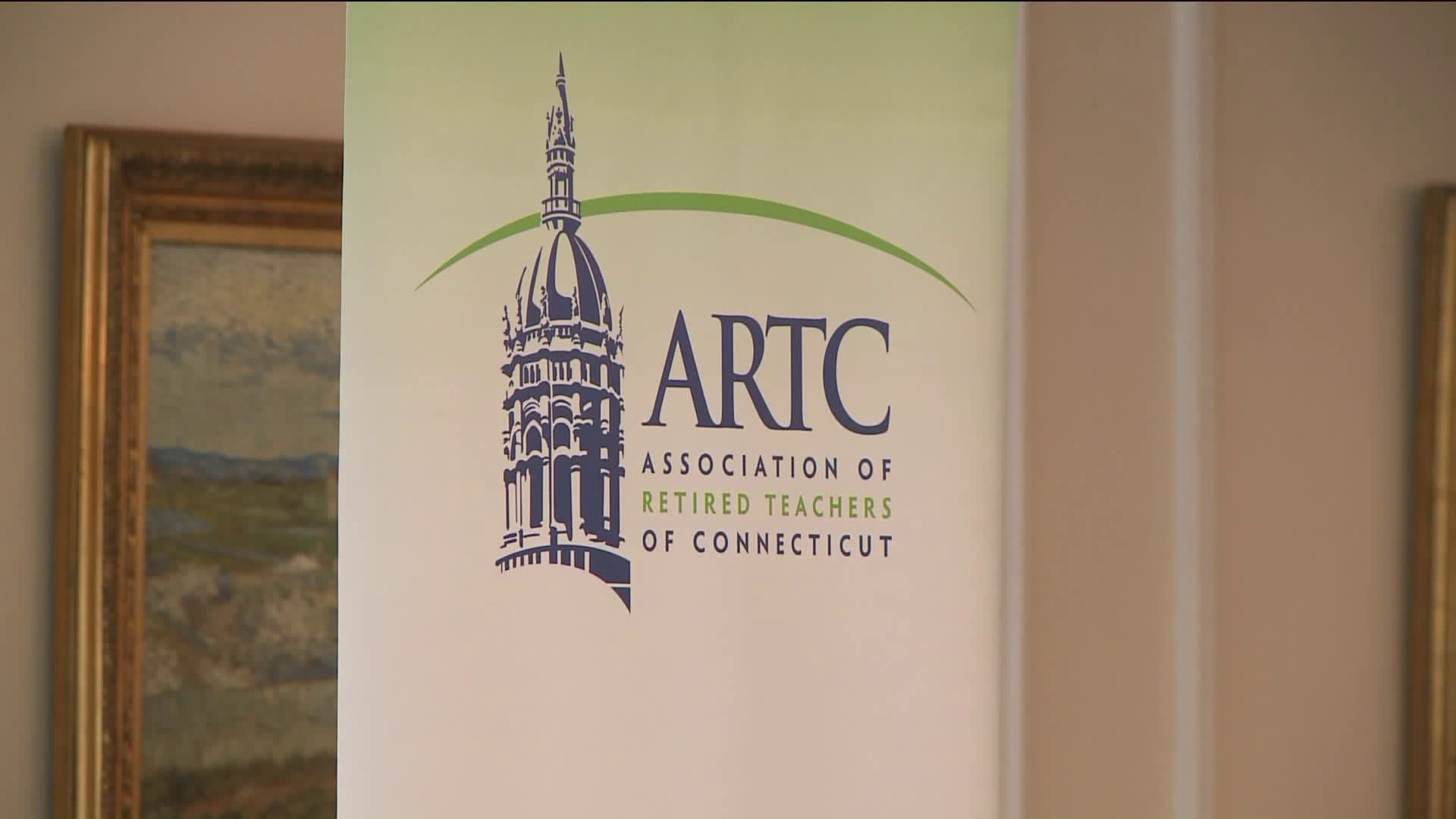 PLANTSVILLE -- Ned Lamont and Bob Stefanowski tackled the issue of how to save teacher retirement pensions Tuesday at the Aqua Turf Club in Plantsville. But the discussion evolved into much more than that. The candidates didn’t interact with each other, but they certainly took shots at one another as they discussed how to fund the state’s pension liability.

It was a luncheon of the Association of Retired Teachers of Connecticut. It was clear that saving teachers retirement pensions was priority number one. The candidates disagreed on if a 401k was better. "I would hope that some teachers would rather go to a 401k plan," said Stefanowski." Ned Lamont said, "A 401k is probably 2, 3, 4 times more expensive for that individual to manage their money than what we could do at the state level."

Stefanowski, who grew up in New Haven, and went to the public schools, told the crowd he valued education and wouldn’t change benefits for existing retirees. He said he would fund 1/3 of the pension liability, hoping not to increase current teacher contributions, while considering putting in new revenue from the lottery. "I thought his presentation was an excellent presentation," said Retired Teacher and Administrator from Fairfield, Henry Stockmal. "He clearly identified his points."

He told a grumbling audience he thought President Trump put America first. When asked if that was a statement they agree with, the Co-Chairs of the ARTC Legislative Committee, Sandra Bove and Cathy D'Agostino simply said, "No. Personally, no." Fox 61 Political Reporter Matt Caron asked Stefanowski, "Did President Trump put America first during the Helsinki Summit when he criticized America and praised Vladimir Putin?" Stefanowski sneered at the question and responded, "President Trump has done a great job with this economy by cutting taxes. I think we could do more of that here. As I said, I don’t like the social side. I don’t like the tweets. I don’t like the tone of his positions."

Ned Lamont, a former volunteer teacher and Adjunct Professor at CCSU told the crowd he will put the lottery revenue toward funding pensions. He said he supports labor unions and collective bargaining, and would forgive student loans for teachers who taught in tough district for 5 years. Retired Glastonbury Teacher Paula Bacolini said, "Definitely Ned Lamont would be a bigger supporter of teachers based on what I heard today."

But Lamont has been criticized for a lack of oversight during his time as the former Chairman of the state’s Investment Advisory Council which oversaw teacher pensions.

"Could you have done more as Chairman of the IAC to make sure money wasn’t misappropriated?" Fox 61 Political Reporter Matt Caron asked Lamont. "There was no money misappropriated. I shouted from the rafters that the state has an obligation to make those payments. I was probably the first person in the state who knew what I required contribution was and that you couldn’t just keep putting that on the credit card?"

Stefanowski is calling on Lamont to stop airing an ad in which Lamont claims Stefanowski plans massive cuts to education. Fox 61 asked Lamont if he has plans to pull it, he didn’t directly answer the question saying he wants Bob to tell him where he’s going to come up with $11-billion dollars.