HARTFORD — While Connecticut is poised Wednesday to usher in a successive Democratic top executive, Gov.-elect Ned Lamont has been insistent he represents a new...

HARTFORD — While Connecticut is poised Wednesday to usher in a successive Democratic top executive, Gov.-elect Ned Lamont has been insistent he represents a new beginning for the state.

The successful businessman, who has not previously held elected office beyond a two-year stint on the Greenwich Board of Selectman, has promised he will be different in many ways from fellow Democrat and outgoing Gov. Dannel P. Malloy, offering a unique perspective to solving the state’s continued budget woes while providing a new sense of optimism.

“You get an opportunity every four or eight years to get a fresh start,” Lamont said this week, as he continued his roll-out of his leadership team. “I think that’s what we’re trying to say.”

Lamont, who turned 65 last week, will take the oath of office in a 12:30 p.m. ceremony at the Gov. William A. O’Neill State Armory in Hartford, becoming the state’s 89th governor. Immediately following, there will be a 19-gun artillery salute outside, followed by an inaugural parade in front of the state Capitol, and a fly-over by the Connecticut National Guard.

Lamont will later address a joint session of the General Assembly in the Hall of the House of Representatives. Wednesday also marks the opening day of the five-month legislative session, where Democrats will hold a stronger majority compared to the previous two years.

Susan Bysiewicz, a former secretary of the state and state representative, has been sworn in as Connecticut’s new lieutenant governor.

The Democrat took the oath of office on Wednesday in the state Senate, the General Assembly chamber where she will preside. Her running mate, Gov.-elect Ned Lamont, will take the oath of office at a 12:30 p.m. inaugural ceremony at the nearby state armory.

An attorney from Middletown, the 57-year-old Bysiewicz says she and Lamont are ready to address state’s challenges. She says they’ll work for paid family medical leave and fight for equality.

Quoting former Democratic Gov. Ella T. Grasso, she said “it’s not enough to profess faith in the democratic process. We must do something about it.” 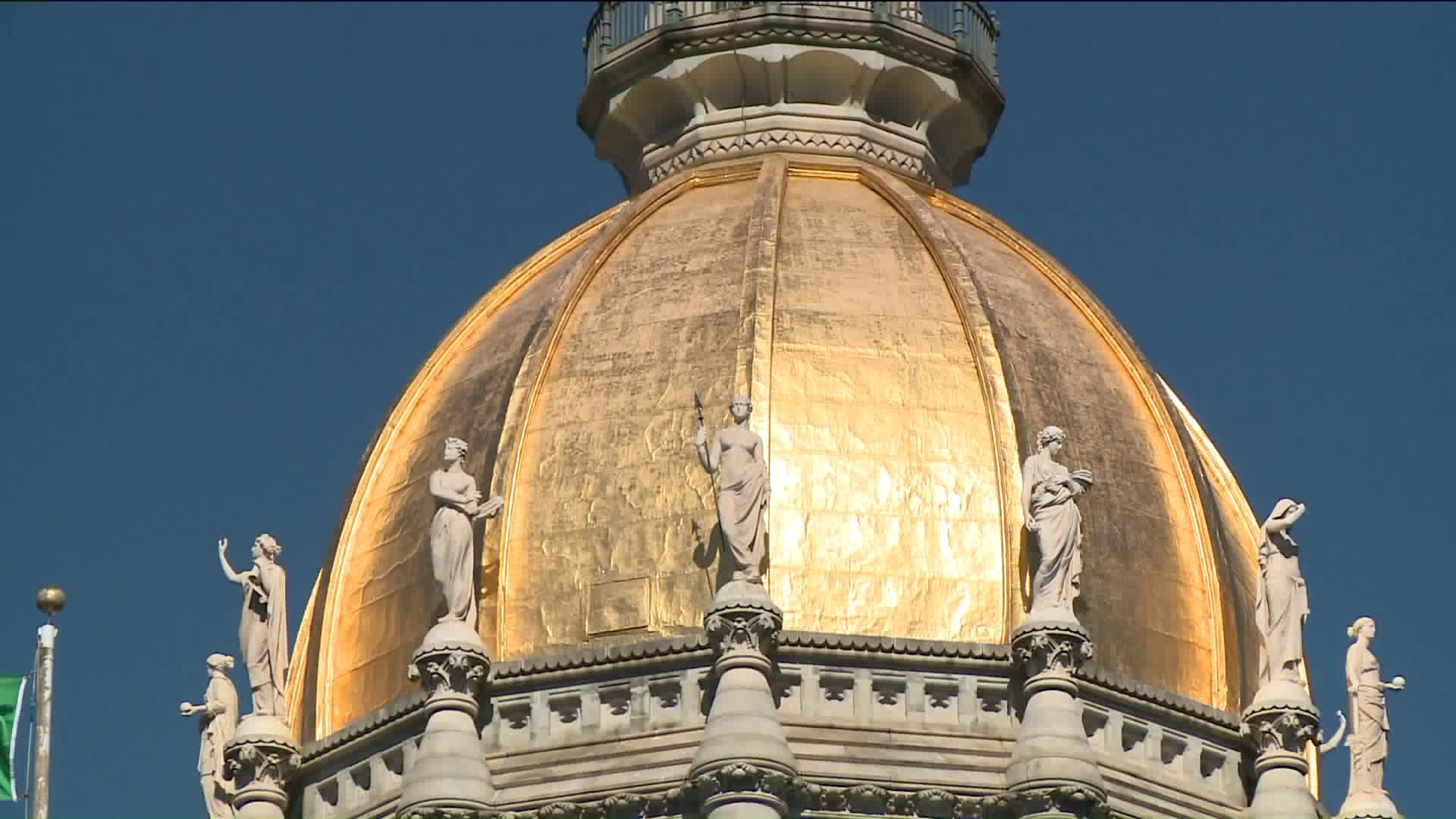 Lamont told reporters he expects to convey a "spirit of optimism" when he speaks at his inauguration and to state lawmakers, hoping to persuade people to believe in Connecticut again. But he acknowledged he's also a "realist" who understands there's a budget crisis that must be solved. The new fiscal year that begins July 1 is projected to carry an approximate $2 billion deficit.

"I've got a dual message," Lamont said. "And I've got to make sure you hear both of those messages."

Lamont is the first Democrat in 142 years to succeed a fellow Democrat for an open governor's seat in Connecticut. He also succeeds a governor with some of the lowest approval ratings in the country.

In an open letter to Connecticut residents, Malloy, who did not seek re-election, also took the approach of urging residents to be optimistic about the state's future.

"Of course we have problems, and no we can't shy away from them," he wrote. "But recognizing our very real challenges should not mean wallowing in them — it should simply be the first step in overcoming them."

Congratulations to the newly sworn-in @GovNedLamont! Look forward to working with you to keep Connecticut moving forward.