HARTFORD — Connecticut got a clearer picture of the course Gov. Ned Lamont is charting for the next two years. He revealed his anticipated budget proposal fille... 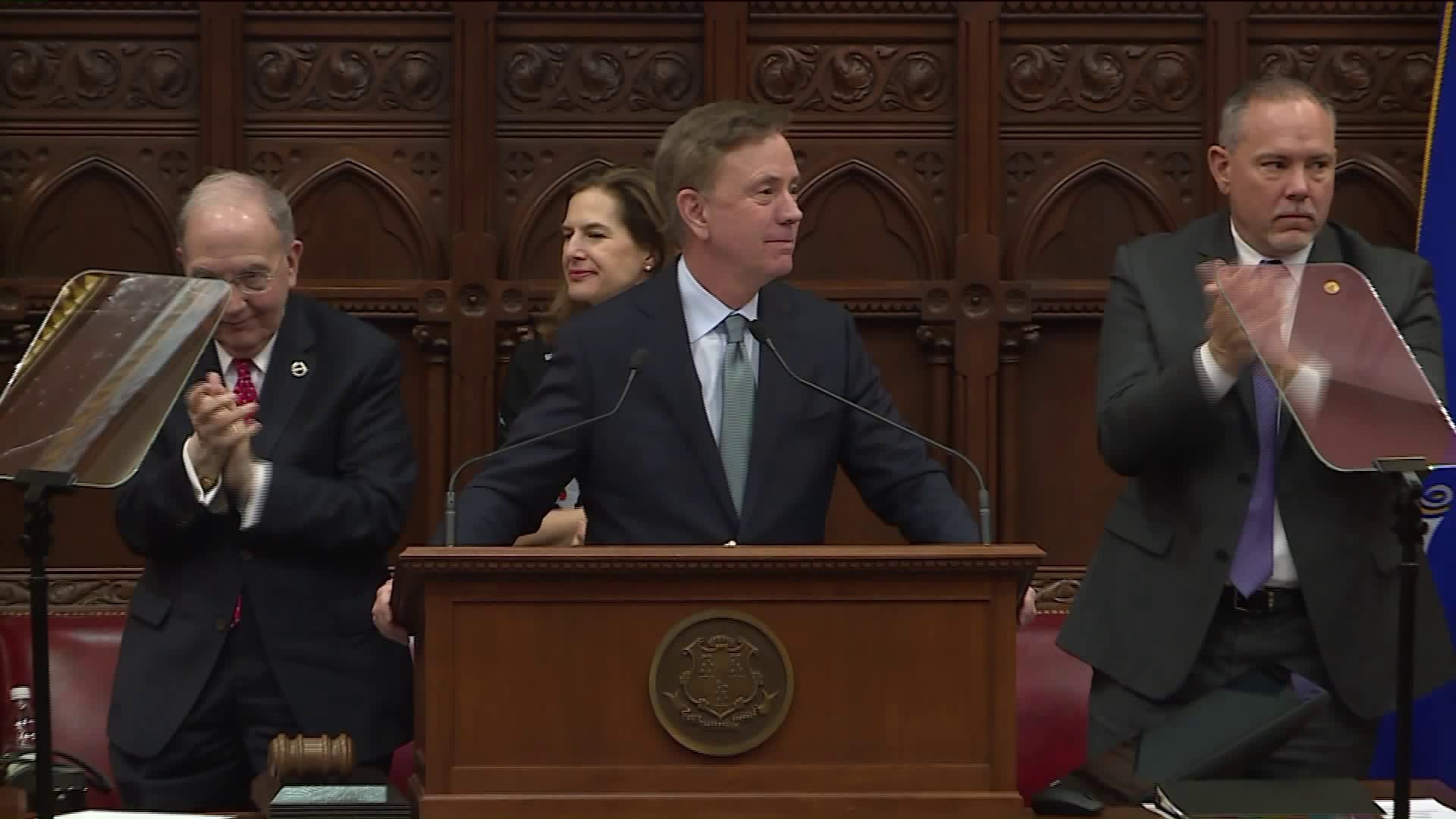 HARTFORD — Connecticut got a clearer picture of the course Gov. Ned Lamont is charting for the next two years. He revealed his anticipated budget proposal filled with hard choices and decisions that impact your wallet.

What we heard is a Governor confronting a fiscal crisis head-on. But this two year budget does fill the gap, reducing the deficit by $1.5 and $2.2-billion dollars.

Gov. Lamont has a message for critics. “Where we differ, don’t hold a press conference. Come talk to me. Take a breath. Suggest a better alternative and the numbers must add up.”

The Governor’s budget isn’t flashy, and perhaps, not even popular. But he says it reflects the reality of the time. “If we had grown jobs at the same rate as other states, we’d be talking about how to invest our surplus or cut our taxes instead of staring down the barrel of a 3.7-billion dollar deficit,” said Lamont.

His budget is focused on closing the deficit, education, job growth and transportation. It all requires raising revenue, much of it in the form of taxes. “I believe we have to reform our sales tax for the 21st century,” said Lamont. The Governor isn’t raising rates. But rather, surcharges like on plastic bags. He’s proposing expanding bottle deposits to alcohol, broadening the sales tax base to things like non-prescription drugs, newspapers and textbooks and services like home renovations. Republican Leader Sen. Len Fasano said, “Your talking about over a billion dollars in new taxes you are talking about tolls. You are talking about things that I think are very difficult for myself and my caucus to vote in favor of.”

Lamont also wants to tax digital downloads and streaming services like Netflix. “Doing a budget where you just decide everybody should pay sales tax on everything let’s me get rid of the exemptions to try and help. This has to be a holistic approach,” said Minority Leader Rep. Themis Klarides.

The Governor proposed limited tax relief. A $200 property tax credit, and the eliminated of the business entity tax. The Governor also detailed his debt diet. “My budget reduces bonding authorizations by heart 600-million a year, said Lamont. He said he won’t allow borrowing for pet projects. “He talks about a debt diet and then we are going to go back in a few minutes and approve wage increase and longevity payments and merit pay for state employees. I mean you can’t have it both ways,” said Rep. Klarides.

Also in the budget, municipal aid stays the same while more money is going toward IT to realize an all digital government.

Gov. Lamont is also tackling the grossly underfunded teacher pension system. “My urgent priority is stabilizing the teachers pension fund,” he said. Gov. Lamont will shift some cost to cities and towns, he will spread out bond payments and backstopping the fund with surplus money and lottery revenue.

“We’re looking at about an increase of 1.9-billion in three years. Let me tell you there’s no way to afford that. So that was a small part of the speech but probably the biggest lynchpin so far of getting a biennium budget balanced,” said House Majority Leader, Rep. Matt Ritter.

The Governor also talked tolls. “We foot the bill when we drive through their neighboring states it’s time for those out of state drivers to help foot the bill for fixing our roads and bridges,” he said. There’s two options is his budget. Tolling just trucks and then tolling all cars with an estimated 53 gantries fully implemented by 2025.

The governor said he doesn’t like the Republicans transportation plan. State Sen. Len Fasano said their plan called, “Prioritize Progress,” works. “I said to him it does work with your debt diet let’s have a conversation. That was four days ago. To this moment there has been no reaching out,” said Fasano.

These are not budget items, but the Governor also reinforced his support for old campaign topics like a $15 minimum wage, passing paid family medical leave and eventually sports betting and legalizing marijuana. “Sports betting he still has to negotiate with the tribes and marijuana is in the legislature right now,” said Democratic Senate Majority Leader Bob Duff.

The Governor ended his speech by saying let’s get to work, but his budget won’t be the only one on the table and bi-partisan concessions will almost certainly be made.