NEW HAVEN – Some state lawmakers are advocating on behalf of incarcerated individuals to help improve their employment prospects. In what is referred to as the ... 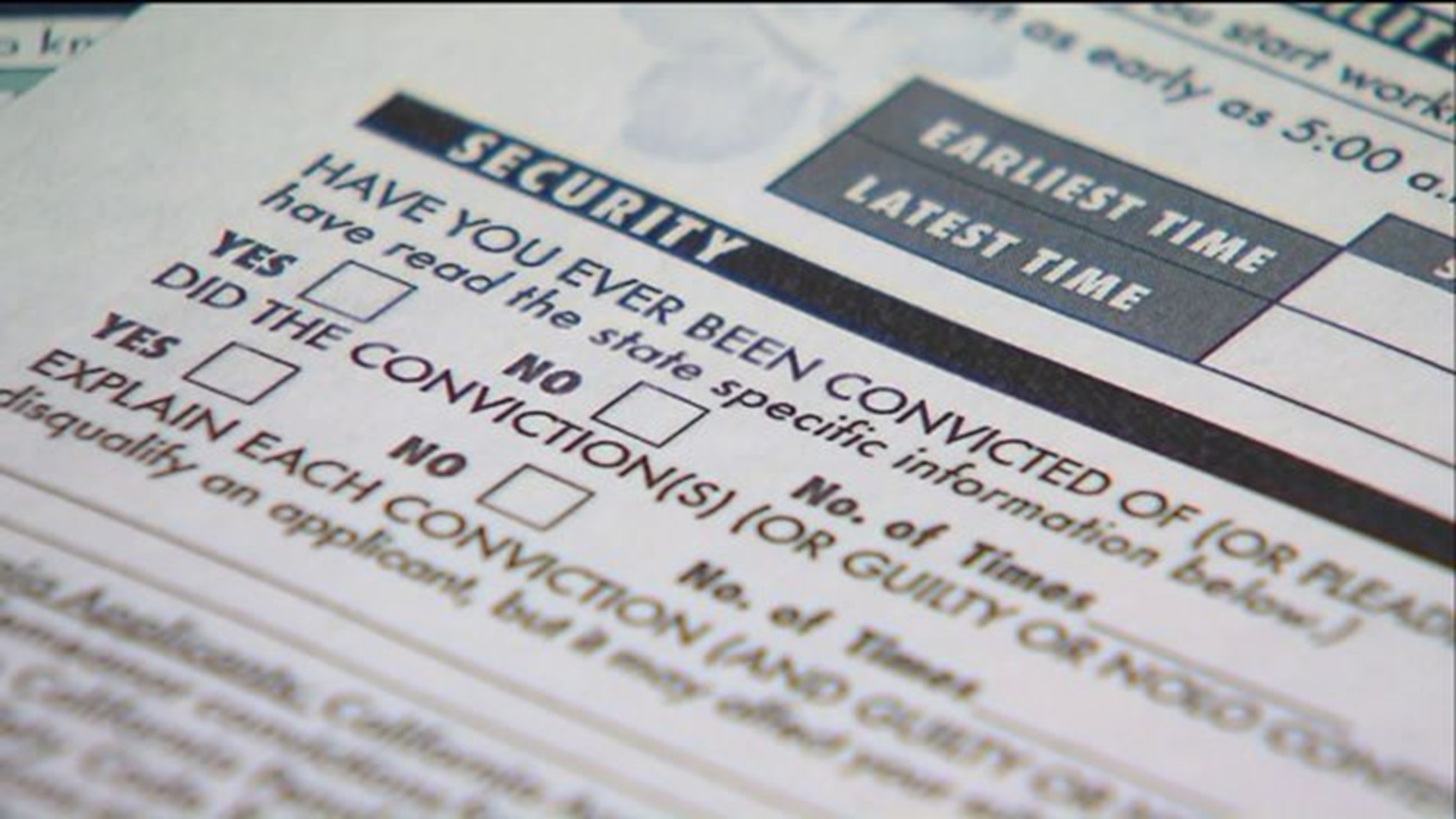 NEW HAVEN – Some state lawmakers are advocating on behalf of incarcerated individuals to help improve their employment prospects.

In what is referred to as the Ban the Box bill, House Bill 5237 would prevent any employer in Connecticut from requiring job applicants to disclose their criminal history before receiving a conditional offer of employment.

This proposed bill is welcome news to New Haven’s Project Fresh Start, the only municipally-funded reentry program in the Connecticut.

“It's not a panacea or a cure-all, but, it's clearly a step in the right direction to give the help and, I believe, hope that our returning citizens need,” said Clifton Graves, the group's head.

But New Haven has already had a modified version of this measure in place since 2009. That’s when the Elm City became the second city in the state to ban criminal inquiries on employment applications for city jobs.

“If it wasn't for banning that box, there's no telling what I might be doing right now,” said Blaine McKay, of New Haven, who had numerous prison stints, including one for seven years. Then in February 2015, just months after he last got out of jail, he was offered a job as a parking enforcement officer, and he’s been on the job ever since.

“I was running the streets, selling drugs and everything else to go along with that. Unfortunately, what goes along with that is being incarcerated,” McKay said.

But now he feels self worth and confidence, which is hard to do for another formerly incarcerated New Haven man.

Julius Dennis, convicted of a first-degree sexual assault in 1991, has been out of prison for 23 years, but still hasn't been able to get a full-time job. However, he remains hopeful.

“I believe that anyone that follows God will be successful,” said Dennis.

In 2003, about 10 years after his release from the Cheshire Correctional Institution,  he earned a degree in social work. And, soon thereafter, he thought his fortunes were about to change.

But then when the employer inquired about his criminal past and Dennis was honest, the offer was reneged.

He’s hopeful the proposed statewide legislation, which would apply to both public and private sector employers, will improve his prospects because it could get his “feet in the door.”

So desperate to show that he is worthy of something more than the part-time bouncer’s job he has held for nearly 30 years,  Dennis provided FOX 61 with a copy of his degree and resume and invited us to share it.

Given the state of our budget and the complexity of this issue, lawmakers are uncertain if the bill will even make it out of the state Labor and Public Employees Committee this year.