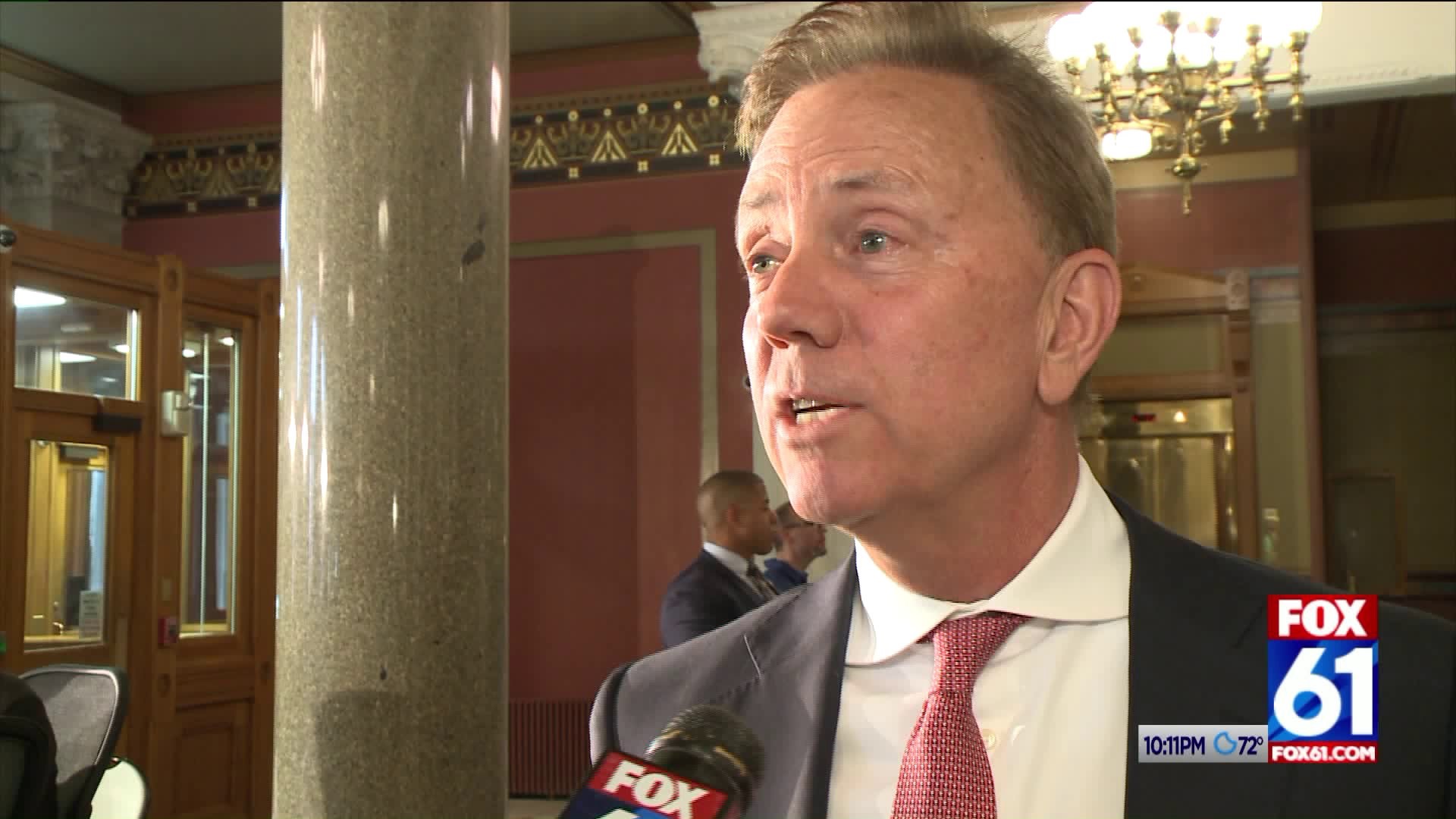 HARTFORD — Lawmakers worked right into the final seconds of the regular session Wednesday, passing bills on juvenile car thefts, computer science education, fracking and everything in between.

We know lawmakers will be called into special session on tolls and possibly on gambling and sports betting. Marijuana will likely wait until next year.

Another session of lawmaking comes to an end. “You passed some very very important legislation,” said Governor Lamont. He gave Fox 61 an exclusive preview of his midnight message to lawmakers.

He said lawmakers have, “A lot to be proud of. During this session we’ve got a balanced budget early. Not just on time but early.”

And that hasn’t been the case. Two years ago we went all the way to Halloween. Sen. Marty Looney, (D) President Pro Tempore said, “Compared to those two years I think we were a model of efficiency this year.”

But that depends who you ask. Democrats gave the Governor high marks. Republicans, not so much. “It’s a B+. For a first term Governor coming into a legislative process, I’m telling you the average is a C,” said Speaker Aresimowicz.

House Minority Leader Themis Klarides said, “I would give him a C on his best day. Maybe even a D. The fact that they got a budget on time is not a reason to attaboy somebody.”

Democrats are proud of some big bills. Gun reform, the Trust Act, the Time’s Up bill and...”Paid family and medical leave which was senate bill number 1 that was critically important to our caucus and to me, increasing the minimum wage,” said Sen. Looney.

But a lot has been left unresolved. Sports betting and a Bridgeport casino. The House Speaker is close to a deal with the tribes.

“It’s just tough the parties only came together last night with a proposal. It still has to be vetted by the attorney generals office. We have to make sure that it’s compliant with the compact,” said the Speaker.

And don’t forget — tolls. The Governor was chatting about it Wednesday with Senator Fasano.

“He wants to do more borrowing, he knows I’m more interested in a user fee based on tolls. Maybe there’s some common ground there,” said the Governor.

Notice what he said, no votes if it’s 50 gantries. And that’s very a significant statement. Never before have Republicans put a qualifier on being opposed to tolls.

Senator Fasano also told me he still thinks Governor Lamont is a good guy...he just wants him to “get tougher next year.”