Lawyer, family of victim in Wethersfield shooting speak out

The family of 18-year-old Anthony Vega Cruz- made a public appearance for the first time since dash cam video of the officer-involved shooting that resulted in ... 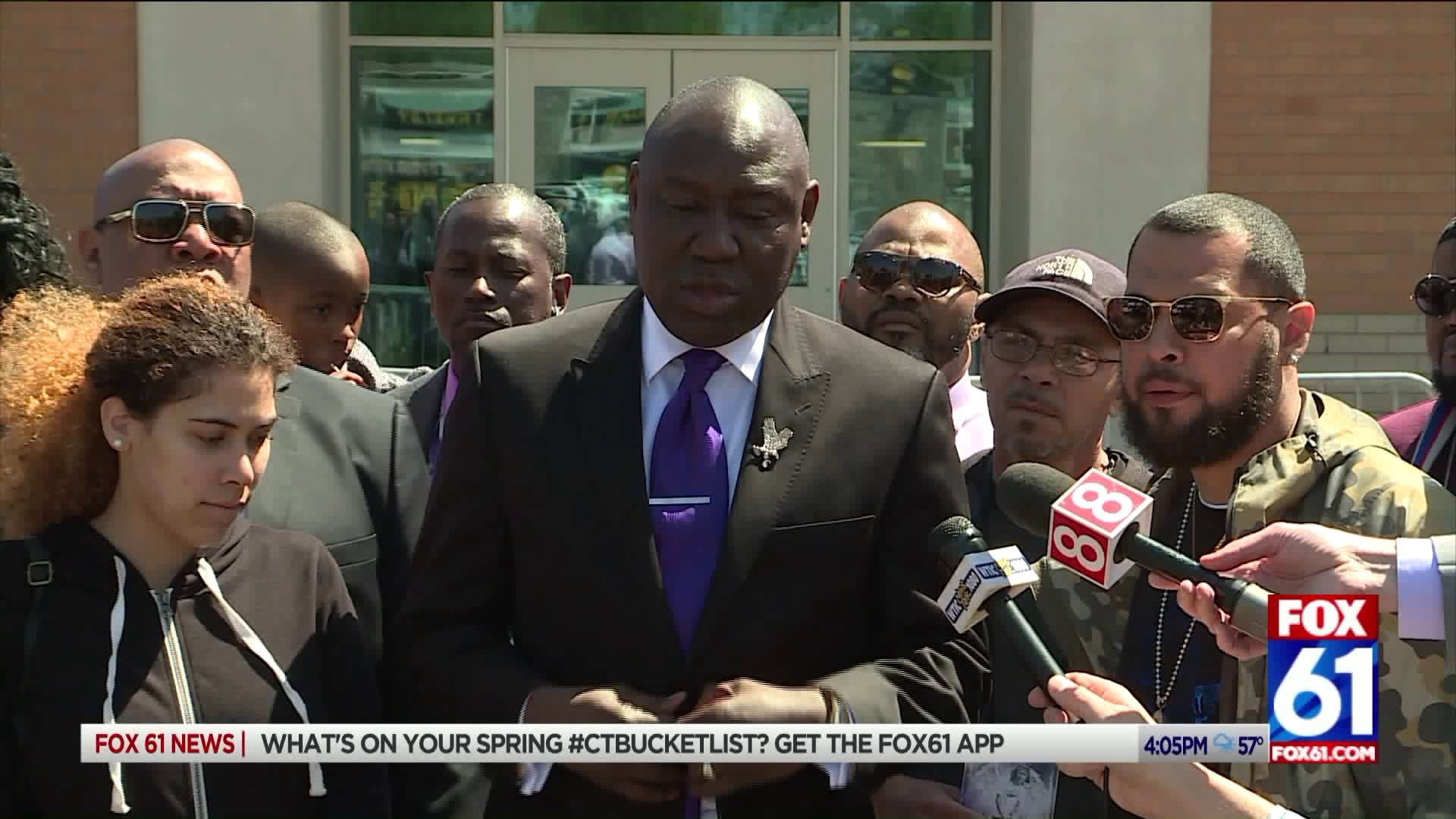 The family of 18-year-old Anthony Vega Cruz- made a public appearance for the first time since dash cam video of the officer-involved shooting that resulted in Cruz’s death was released last week. The family stood alongside NAACP President Scot  X. Esdaile and nationally-known, Civil Rights Attorney Benjamin Crump.

The family is now represented by high-profile, Civil Rights Attorney Benjamin Crump who told Fox61 he will be conducting his own investigation into Wethersfield officer-involved shooting.

“It’s going to be very relevant, the history of this officer who we believe unnecessarily and unjustifiably killed Chulo,” Attorney Crump said.

Attorney Crump referring to personnel records from Officer Layau Eulizier’s last job at the Manchester Police Department that show multiple instances in which his superiors said he displayed poor performance.

Crump sees a parallel between these past records – and the shooting in Wethersfield – where Officer Eulizier stepped in front of the vehicle before firing.

“Did he follow his training, did he violate policies and procedures?” asked Crump.

Crump said one of the reasons he took on the case was to bring more attention to Hispanic victims of police brutality.

“We don’t really hear about Hispanic victims of police brutality, so that was another reason I took the case because his family, when they were talking to me, said well his life matters too,” Crump said.

Crump is known for representing the families of Trayvon Martin in Florida, Michael Brown of Ferguson, Missouri and Tamir Rice in Cleveland, Ohio.

The Florida based lawyer said his team has not discussed suing the town of Wethersfield for now, sharing they are awaiting the outcome of the State Attorney’s investigation.

“At 18-years-old, we don’t often make the best decisions, but we expect the trained professionals to make proper decisions to avoid universality and unjustifiably killing our children” Attorney Benjamin Crump said.

Personnel records from Officer Eulizier’s last job at the Manchester Police Department show multiple instances in which his superiors said he displayed poor performance dating back since 2015.

“There’s no reason, when you look at the history of this police officer, that he should have been on the streets, it was for foreseeable that that this tragedy or one like it would occur,” Crump said.

Cruz’s family speaking out on the matter.

“What me and my family want to know is why this police officer, with the background that supposedly came out, why was he still on the police force?”

The NAACP is working to meet with the U.S. Justice Department over the shootings in Wethersfield and New Haven.