NEW HAVEN —  From the time he was sworn in as a New Haven Police officer, nearly 20 years ago, Otoniel Reyes’ mother told him he would one day lead ... 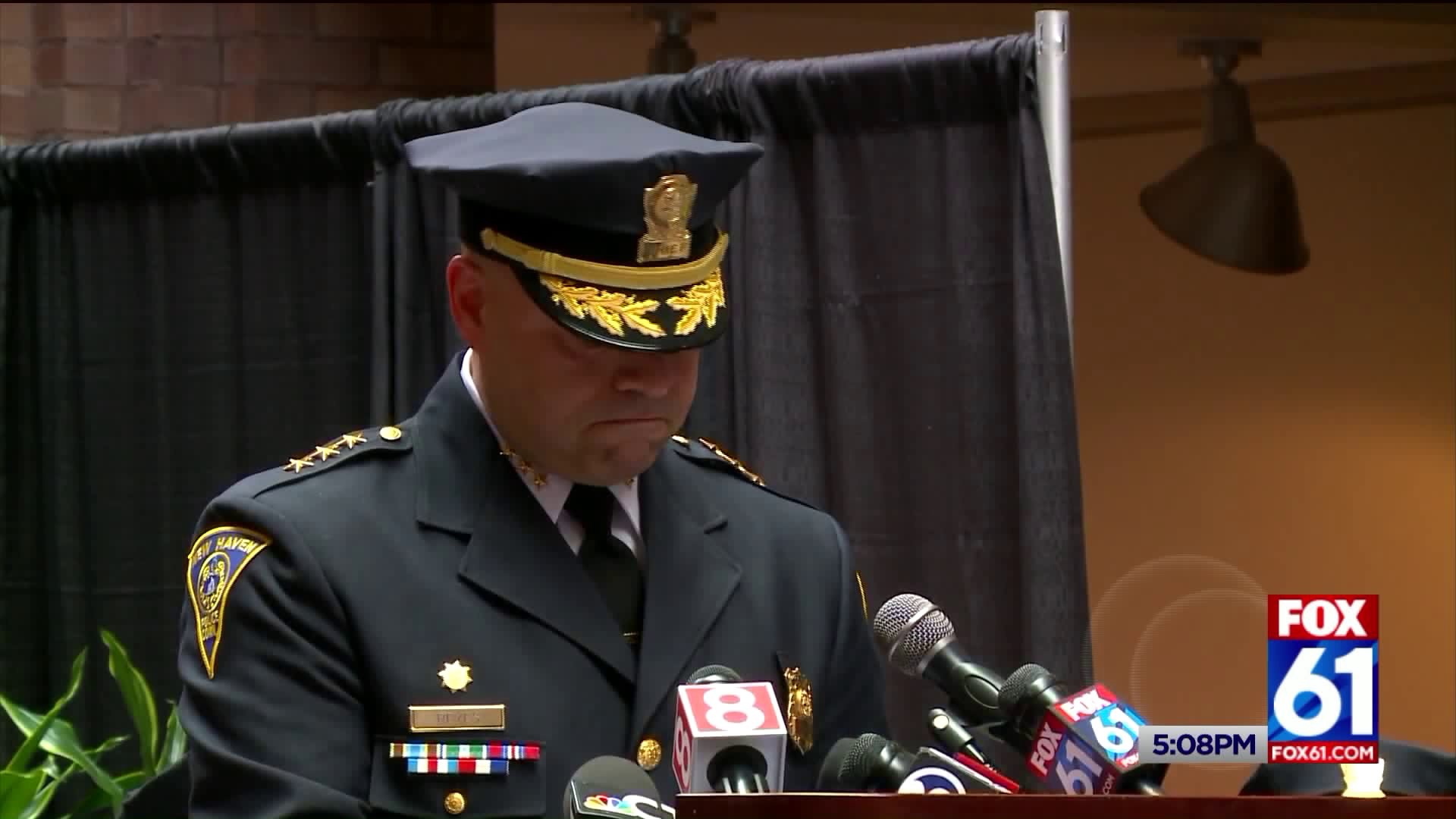 NEW HAVEN --  From the time he was sworn in as a New Haven Police officer, nearly 20 years ago, Otoniel Reyes' mother told him he would one day lead the department.

"Chief Reyes is a leader with integrity, creativity, positive attitude, experience, sound judgment and he is knowledgeable about the responsibilities of chief of police," said New Haven Police Commissioner Evelise Ribeiro.

A member of his New Haven Police Academy graduating class in 2000 was among today’s presenters.

"Throughout the years class nine has grown together, laughed together, we’ve cried together and among us, Chief Reyes, you continue to lead us," said Det. Bridget Brosnahan.

Reyes said with all of his promotions, through the years, his mother never pinned him during any of those ceremonies, but she did Monday.

"My mother always knew that this moment would happen," Chief Reyes said, with a smile.

And, of course, he honored a man, who trained him. Capt. Anthony Duff, who one month ago was shot three times, while off duty, trying to chase down a shooter on foot.

"So, when your faith is wavering and your trust in us (police) is wavering, I ask you that you remember Capt. Duff," Saidf Reyes, to roaring applause, with Duff standing at his side.

Reyes grew up in New Haven and is all about the city. He thanked Mayor Toni Harp (D-New Haven) for choosing him to lead the department.

"I will not forget your marching orders," he said. "Keep our citizen safe, stay true to our community policing efforts and make sure we’re focused on the being the best police department in the country," said Reyes, whose wife, Leslie, and 10 year old son, David, were among the family and friends in attendance.

One thing in Chief Reyes‘s favor: a new union contract is about to be signed after three years of no contract, which led to defections and retirements. With the new deal, the department will likely be able to attract and hold onto officers.