HARTFORD — A week after Silicon Valley startup Lime launched its bike-sharing program in Hartford, the company is celebrating. Lime told FOX 61 that more ...

HARTFORD — A week after Silicon Valley startup Lime launched its bike-sharing program in Hartford, the company is celebrating.

Lime told FOX 61 that more than 5,000 rides have been taken on the bright green bikes in the capital city since June 6. Lime Hartford Operations Manager Darrin Rees said Hartford riders have traveled a collective 6,260 miles in the first week.

“Our team is trying to keep up with the demand,” Rees said, “I can’t keep bikes at the hotspots because as soon as I get to the spot, people come running to the van like it’s the ice cream truck.”

The 300 chartreuse bicycles can be seen all over the city, but if there isn’t one in eyeshot, riders can use the Lime app to locate the bikes on an interactive map. Riders then scan the bicycle’s black and white QR code to unlock it.

Rides cost $1 per 30 minutes. When the rider is done, they don’t need to return the bike to the spot they found it.

The company operates in more than 40 cities throughout the U.S.

Hartford is the first city in Connecticut to partner with Lime.

“We are just thrilled that we’re here in Hartford and are excited to expand the service to best serve the community,” Rees said. 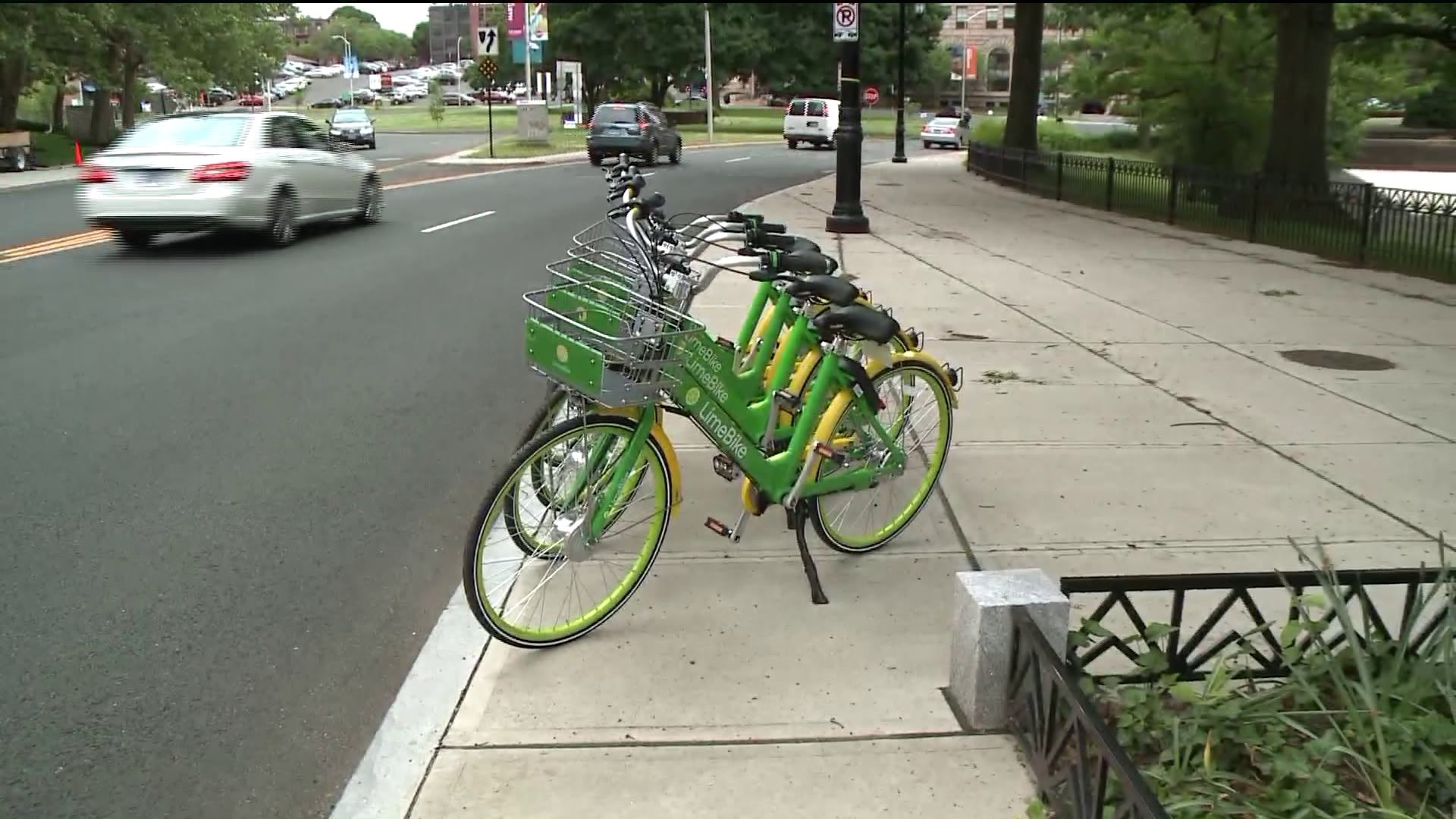