Local photographer surprises client with photo in memoriam of her daughter

WALLINGFORD — September is Childhood Cancer Awareness Month. This year a Connecticut photographer surprised her client with a special photo of her two son... 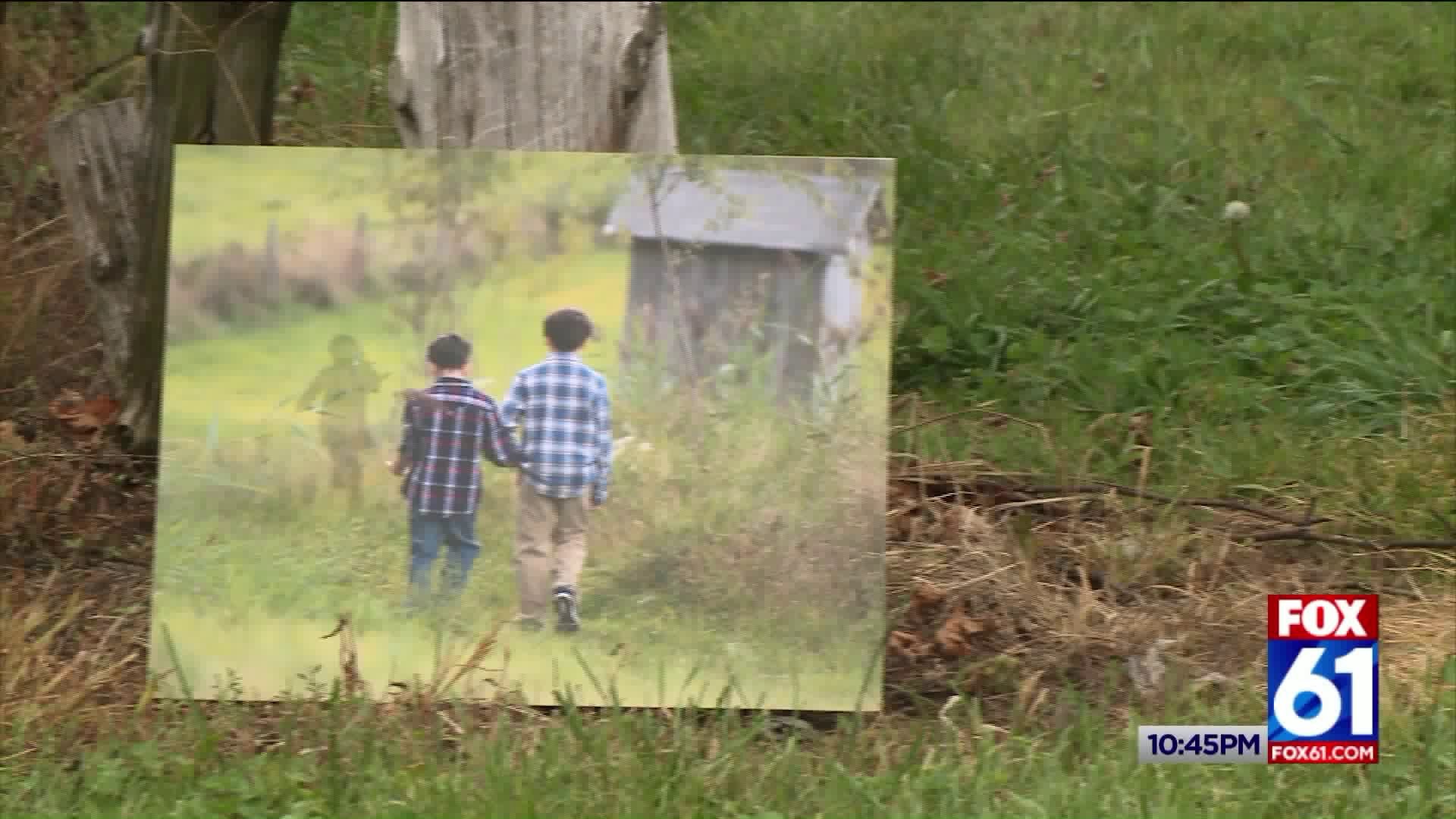 WALLINGFORD -- September is Childhood Cancer Awareness Month. This year a Connecticut photographer surprised her client with a special photo of her two sons and a shadow of her daughter, who died from cancer at just 17-months old.

“I never want her to be forgotten and she had so much spirit and so much life in her,” says Christine Pastore, a mother from Wallingford. “And I always want her to be remembered and honor her for as long as I live.”

Michelle Pastore was just 17 months old when she passed away from a rare form of brain cancer.

Remembering Michelle has become her mom, Christine’s, new mission. She now raises money for St. Baldrick’s Foundation, a center for cancer research. Each year she participates in their Line of Hope Event. So does Christy Mitchell, a local photographer.

Christy and Christine met 6 years after Michelle passed away at a line of hope event, benefitting the St. Baldrick’s Foundation for Childhood Cancer Research. It was there that Christy knew she wanted to help Christine keep Michelle’s memory alive.

The Line of Hope event didn’t happen in Connecticut this year. Instead, Christy shared her photo on social media to spread awareness about childhood cancer and coping with loss.

“Once that person is no longer here all you have is photos and a photo is so important to create the memories with,” says Mitchell.

Dr. Michael  Isakoff at Connecticut Children’s Hospital talked to FOX61 about the importance of raising awareness about childhood cancer.

“Broadly speaking only about 4% of funds that are raised across the country are directed towards Childhood Cancer,” says Dr. Isakoff, the Clinical Director of Hemotology and Oncology at Connecticut Children’s Hospital. “I think that people in the community should know that childhood cancer although rare occurs in every town and community in Connecticut.”

Research is underfund and the number of cancers that occur in children are plentiful, but rare.

“It takes specialized attention specialized research and a large number of staff to provide the kind of care that children deserve,” says Dr. Isakoff.

Hospitals provide support to families by means of social workers, psychologists, nurses and physicians. The kind of support Christy gives Christine is one of a kind.

“When it all came together I had tears in my eyes,” says Mitchell.

“It helps me to know that other people will remember her, even if they haven’t met her, that she’ll make a difference,” says Pastore.

And she’ll help support other families in need —in memory of Michelle.