WATERBURY — A Waterbury man who has over a dozen convictions, including multiple assaults, is now facing two counts of assaulting a police officer. Adam D... 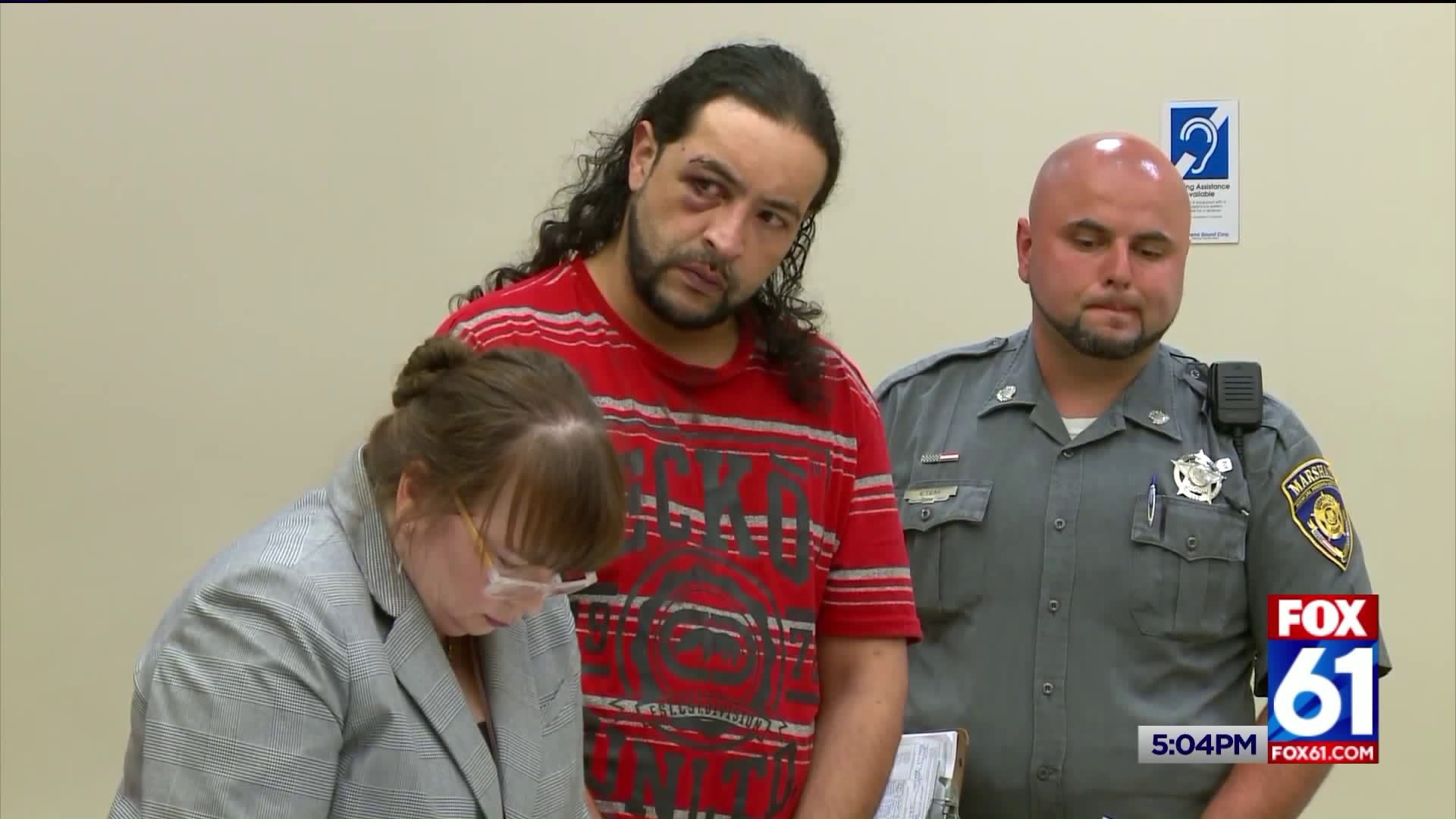 WATERBURY -- A Waterbury man who has over a dozen convictions, including multiple assaults, is now facing two counts of assaulting a police officer.

Adam DeJesus, who will spend his 39th birthday in jail on Tuesday, after being arrested on Saturday for allegedly dragging a Waterbury officer approximately 100 feet with his car before the officer finally tumbled from the passenger side into the street.

This all happened just before 6 a.m., Saturday when a resident of Richard Terrace called police to report a suspicious vehicle parked in front of his house.

Police said they responded and found DeJesus passed out in the car. Then, when they couldn’t wake him up, they opened the car doors and that’s when police allege he took off with Officer Vytautas Kandratavicius hanging on for dear life, with half of his body dragging on the ground on the passenger side of the car.

The incident was captured on surveillance video supplied by a resident of the neighborhood.

“His actions were as a result of his beliefs upon waking up like that that he was being robbed in his car and that’s why he put the car into motion,” said Attorney DeJesus’ Public Defender, Theresa Dalton.

But, police said they identified themselves as officers numerous times after DeJesus awoke. They said after several hours his phone pinged as being at a residence on Griggs Street, which is where they ultimately took him into custody.

“The officer has been released from the hospital about noonish on Sunday,” said Lt. David Silverio of the Waterbury Police Department. “He’s home right now recovering.”

Later, while in the Detective Bureau, DeJesus allegedly tried to overpower the detectives in an attempt to escape, but was knocked to the floor with one punch by one of the detectives, according to the incident report.

DeJesus is charged with two counts of assault on police officer, interfering with a police officer, criminal attempt escape from custody, operation of motor vehicle under suspension and evading responsibility in accident resulting in physical injury.

His bond was set at $750,000, in part, because prior to this incident, he had four pending cases in Waterbury.

Three men, who failed to comply with an officer’s request to open the door of the apartment, where they found DeJesus, were also arrested and charged with interfering with police.