VERNON — Richard Dabate, the Ellington man accused of killing his wife and staging a home invasion, was back in court Friday. The case has attracted national pu... 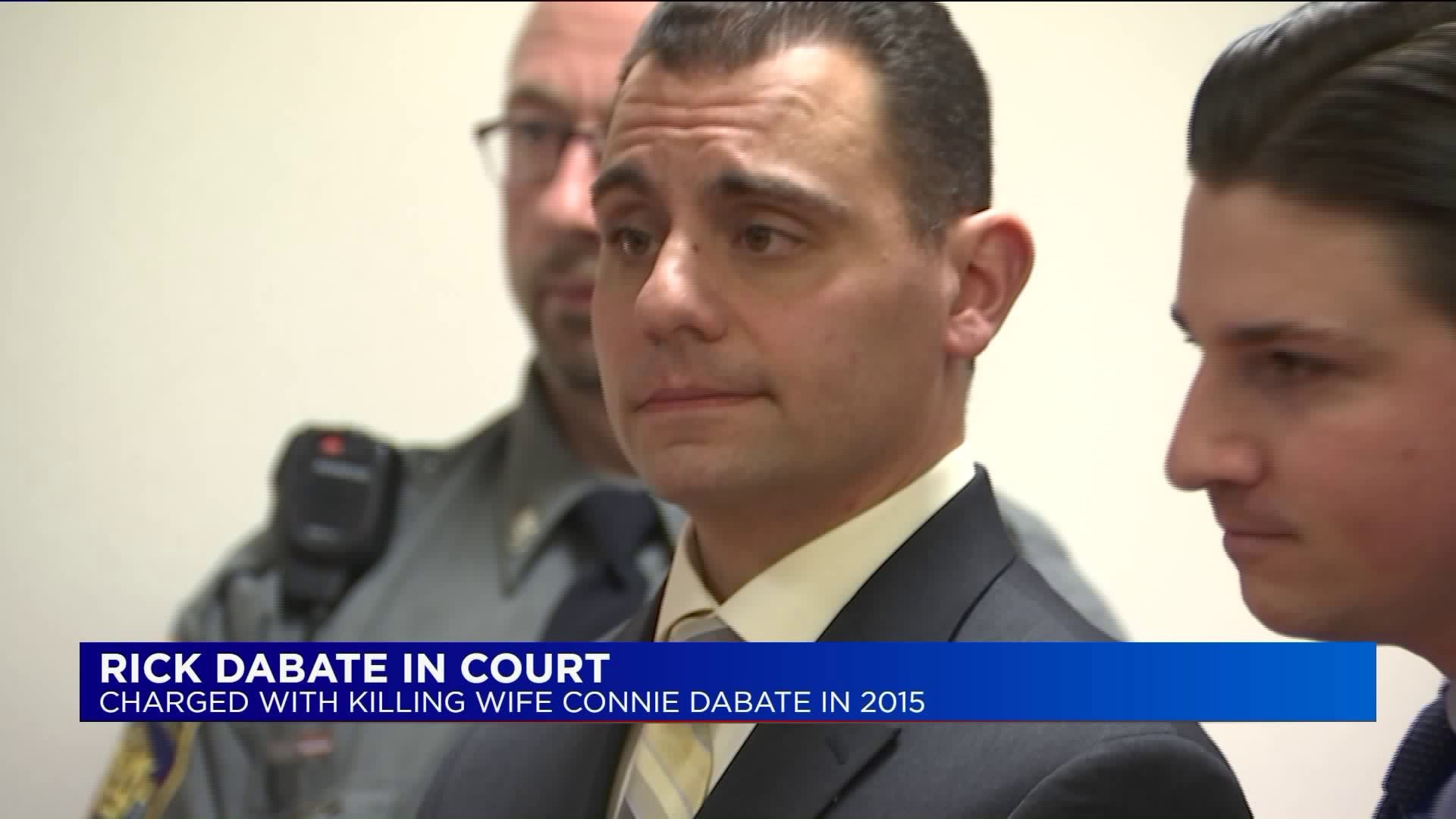 VERNON — Richard Dabate, the Ellington man accused of killing his wife and staging a home invasion, was back in court Friday.

The case has attracted national publicity, and it’s that media attention that was up for discussion in court. Before the camera was allowed to record, Dabate’s high-powered Defense attorney — Hubert Santos, told Judge Jorge Simon they objected to the filming. They said Dabate wouldn’t be able to get a fair trail. The judge overruled them.

Friday’s proceeding inside Rockville Superior Court in Vernon lasted exactly two minutes. “The Matter has been continued to January 24th. The state will see you back here on January 24th,” said the judge. “Thank you your honor,” were the only words Dabate uttered.

It’s yet another continuance in a case that’s seen 18-months of pre-trail hearings.

Dabate, 42,  didn’t say anything as he left the courthouse. Neither did his legal team.

Dabate is accused of killing his wife, Connie in 2015. She was found dead of gunshot to the head in the basement of their Ellington home. Prosecutors believe Debate staged a home invasion.

He told police a masked intruder killed his wife and he escaped by fighting back with a blow torch.

The case has drawn national attention — mainly because his wife Connie’s FitBit might be used as a key piece of evidence. The fitness tracker logged her movement for nearly an hour after Dabate said she was killed.

Dabate is free after posting a million dollars bond. He will be back in court January 24th. The case is expected to go to trail shortly after that.

Dabate’s family sat in the back of the courtroom during Friday’s appearance. They also did not speak to the media. Dabate’s legal team said they plan to file a motion to get the case moved to another district.