Man wanted in connection with a quadruple murder in Ohio, captured in Branford

BRANFORD — In trying to solve a quadruple homicide, authorities in a town near Cincinnati, OH reached out to Branford Police for help Tuesday. West Cheste... 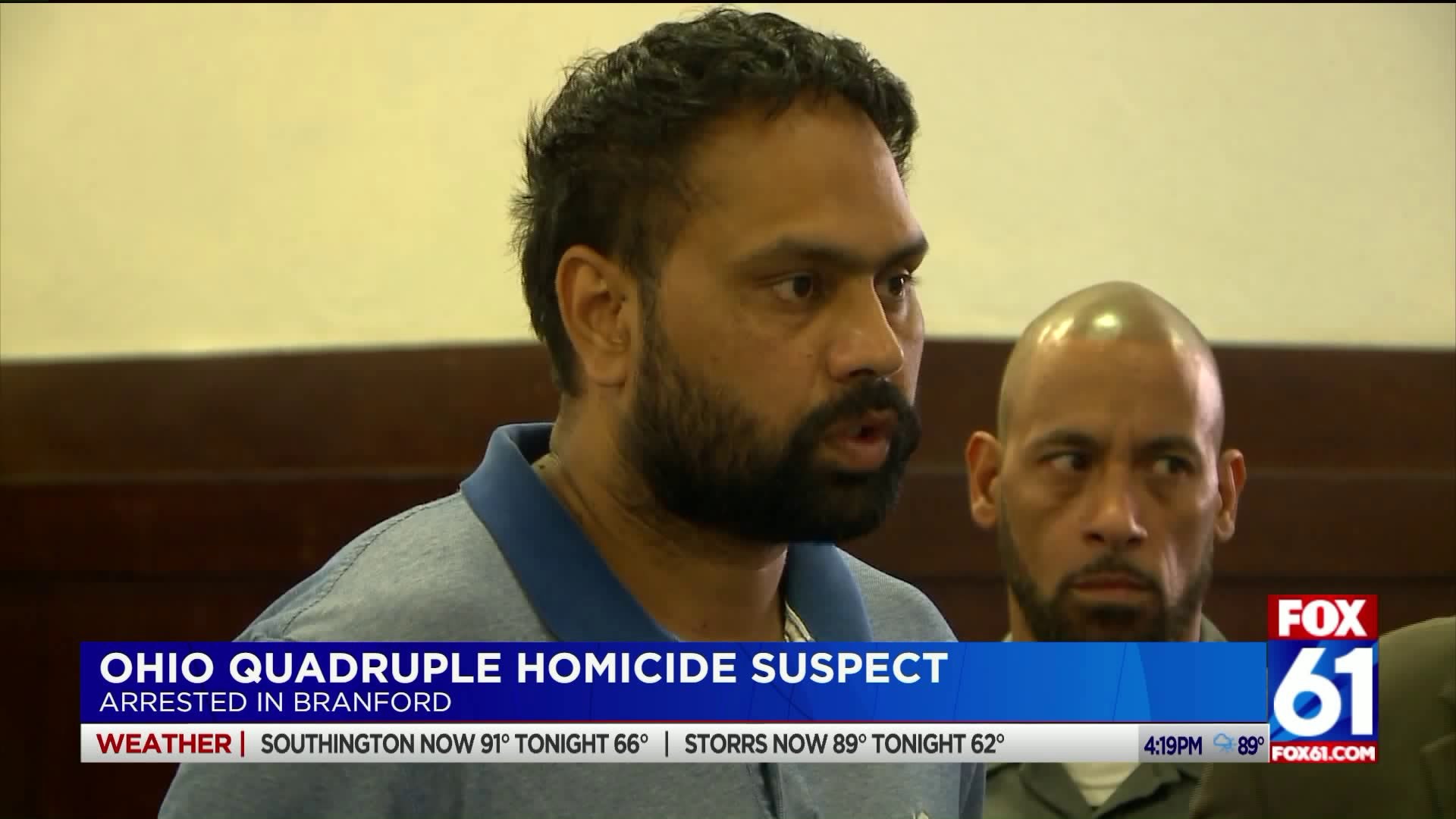 BRANFORD -- In trying to solve a quadruple homicide, authorities in a town near Cincinnati, OH reached out to Branford Police for help Tuesday.

West Chester, OH authorities issued a warrant for the arrest of Gupreet Singh, 37, of West Chester, OH, who they say killed four of his family members in April. And, they learned he was in Branford Tuesday.

"They did give us some indications of where he may be, what kind of vehicles he may be driving and we started our own surveillance," said Det. Lt. Dominick Eula, of the Branford Police Department.

Singh, who police say was surprised by the arrest, was taken into custody, without incident, at Walmart in Branford.

The trucking company owner, who is accused of killing his wife, his in-laws and another family member, told police he came upon their bodies after arriving home from work. Police never bought that excuse.

Singh, who is charged with four counts of aggravated murder, faces the death penalty if convicted. Singh was arrested at Walmart in Branford.

Wednesday morning, Singh was arraigned in New Haven Superior Court, where he waived extradition to Ohio.

He and his three children had been staying, since Sunday, with relatives in Branford, where they had come for a wedding. The children, ages 11, 9 and 5, were understandably confused by the arrest.

"That was like the hardest thing ever, hard to explain," said one of Singh's relatives, who was in court, but asked that his identity not be revealed.

The relative says they have asked Singh if he played any role in the deaths and he told them no, numerous times.

That being said, family members say Singh told them police always focused on him.

"I remember he was telling us that (the night of the murders) they kept everything like his clothes," the relative said. "They were using like cotton swabs under his nails. They were checking for everything that they could."

Family members say when Singh and his wife first moved to the U.S., approximately 15 years ago, they moved to Branford before settling in Ohio.