BLOOMFIELD — OSHA is investigating a Connecticut construction company for suspected safety violations following an accident in Bloomfield where a worker became ... 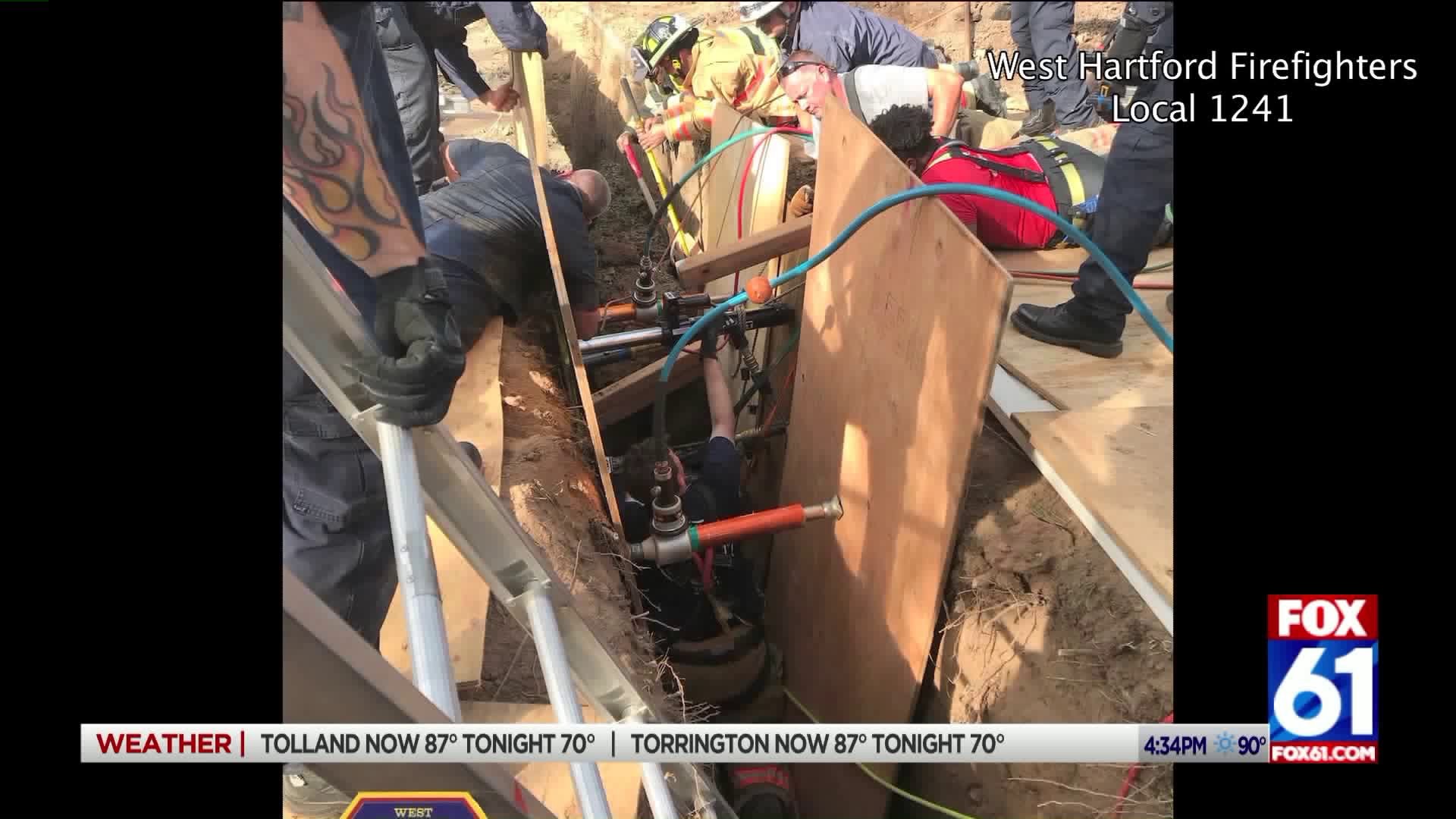 BLOOMFIELD — OSHA is investigating a Connecticut construction company for suspected safety violations following an accident in Bloomfield where a worker became trapped in a trench.

We learned Tuesday that the trapped man, who is not being identified, was released from Saint Francis Hospital on crutches.

The worker was nearly buried alive while  working on a sewer system at 31 Brentwood Drive.

A two man crew was back digging at the locations Tuesday, but not talking. ABD Construction and Septic is based in Manchester. We went to their headquarters. Melissa, who hung up the phone and who identified herself as an employee said. “we're good” when asked for comment. We were told we could not speak to a manager and she did not know how to contact the owner.

OSHA confirmed they are investigating and in a statement said, “If the inspection identifies violations, OSHA could issue citations to the employer.”

Janet Dowe of Bloomfield said, “They were frantic because the guy was trapped in the hole.”

He was trapped for about two and half hours.

Patrice Morris of Bloomfield said, “That’s very scary, especially with the weather the way it is. His legs were pinned. “They were looking for anyone who could provide plywood. So the neighbors were running around,” said Dowe.

The plywood, also called “shoring” is a required safety measure on trenches more than 5 feet deep. This trench was about 7 feet. Bloomfield Fire Chief Bill Riley said, “No, there was no shoring.”

According to OSHA, preventing a trench collapse begins with the three S’s. The SLOPE (cutting back a trench wall at an angle) SHORING (Install supports to prevent soil movement) and SHIELDING (with trench boxes to prevent soil cave-ins.)

“Yeah I was so happy when they got him out, I was clapping. Even though I didn’t know him my heart just kept on beating,” said Dowe.

The town engineer was on scene to make sure the company had a right of way permit to park their big trucks on the road.

OSHA has up to six months to complete their investigation.