NEW BRITAIN/BRISTOL – Central Connecticut is getting the Hollywood treatment while a movie starring Melissa Joan Hart and Mario Lopez is shooting in New Britain... 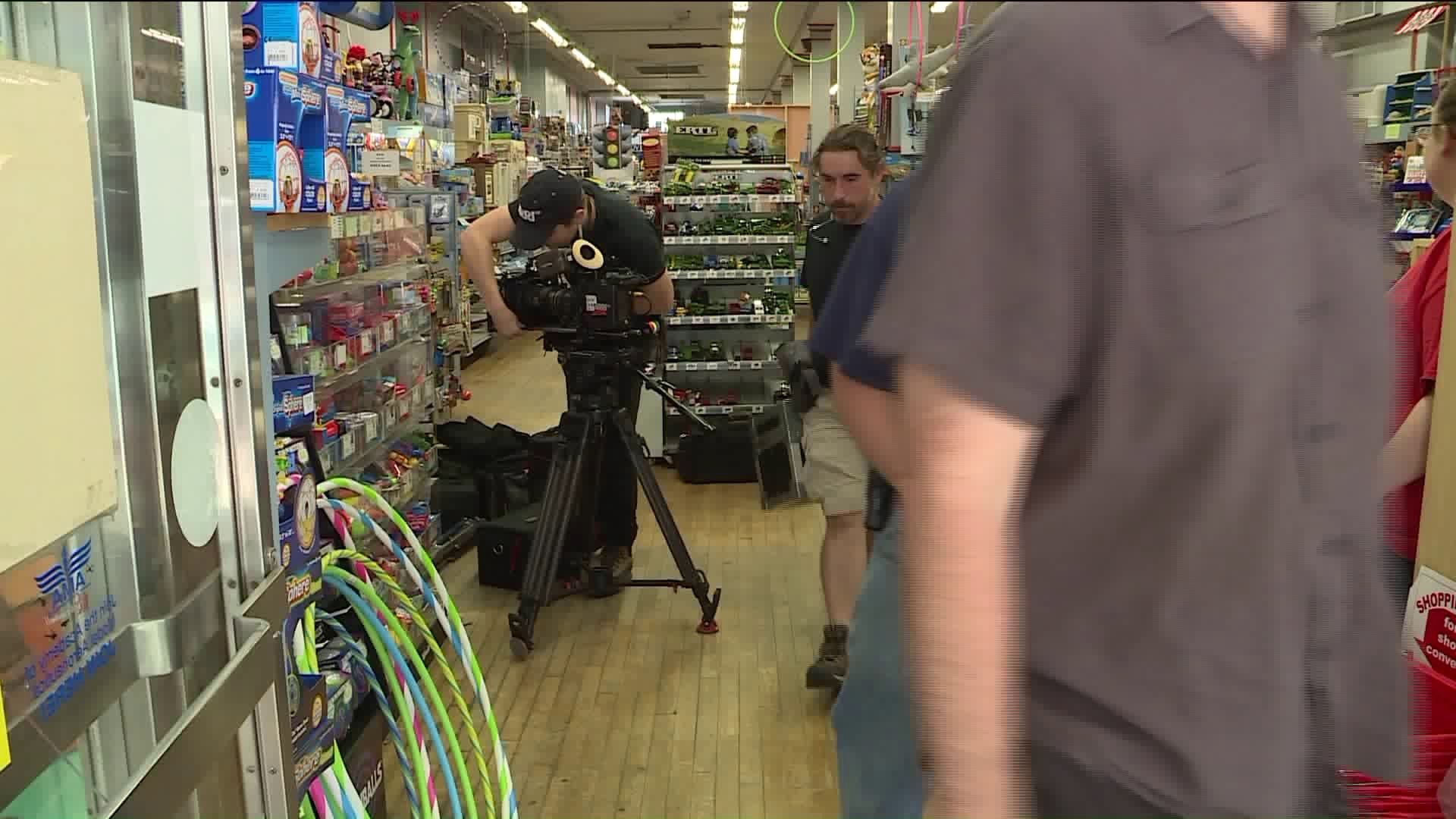 NEW BRITAIN/BRISTOL – Central Connecticut is getting the Hollywood treatment while a movie starring Melissa Joan Hart and Mario Lopez is shooting in New Britain.

The stars were also spotted in Bristol Tuesday where they were shooting the exteriors of their film called “Christmas Hours” on Main Street.

It’s a story about two competing toy stores during the holiday season. Hart and Lopez play the store owners who band together after a big box store moves to town and end up falling in love. Hart’s production company she owns with her mother, Hartbreak Films, is working with Synthetic Cinema International out of Rocky Hill on the independent film they hope to air on Lifetime.

One of the main locations for the shoot is Amato’s Toy and Hobby on New Britain’s Main Street. The store will actually house the interiors of both fictional shops in the film.

Producer Andrew Gernhard of Synthetic Cinema had met Amato before. When Hartbreak said they needed to find a toy store set he suggested Amato’s, and soon the whole production was moved to Connecticut.

Amato said, “I look around and see the old floor and chipping paint and they’re just like, “Oh wow, look at this place!”.

“We were also looking for that really kind of New England kind of feel and New Britain, Bristol they all have great history and they look awesome,” said Gernhard.

Gernhard said the fictional town in the film originally had a different name, but they changed it to New Britain after the store, the city, and the mayor were so accommodating.

Mayor Erin Stewart, who got to meet Mario Lopez Tuesday and has a small part in the movie, said it’s been a great experience so far.

“It’s just an amazing testament to the city. It’s great that they’re featuring Amato’s,” she said. “It’s just exciting. Everybody’s excited. I mean AC Slater and Clarissa are in the house!”.

The film is shooting in several other locations around New Britain for the next couple of weeks.