HARTFORD —  The life and legacy of Dr. Martin Luther King Jr. lived on Wednesday. “In this moment, 50 years after the assassination of Dr. King, we though... 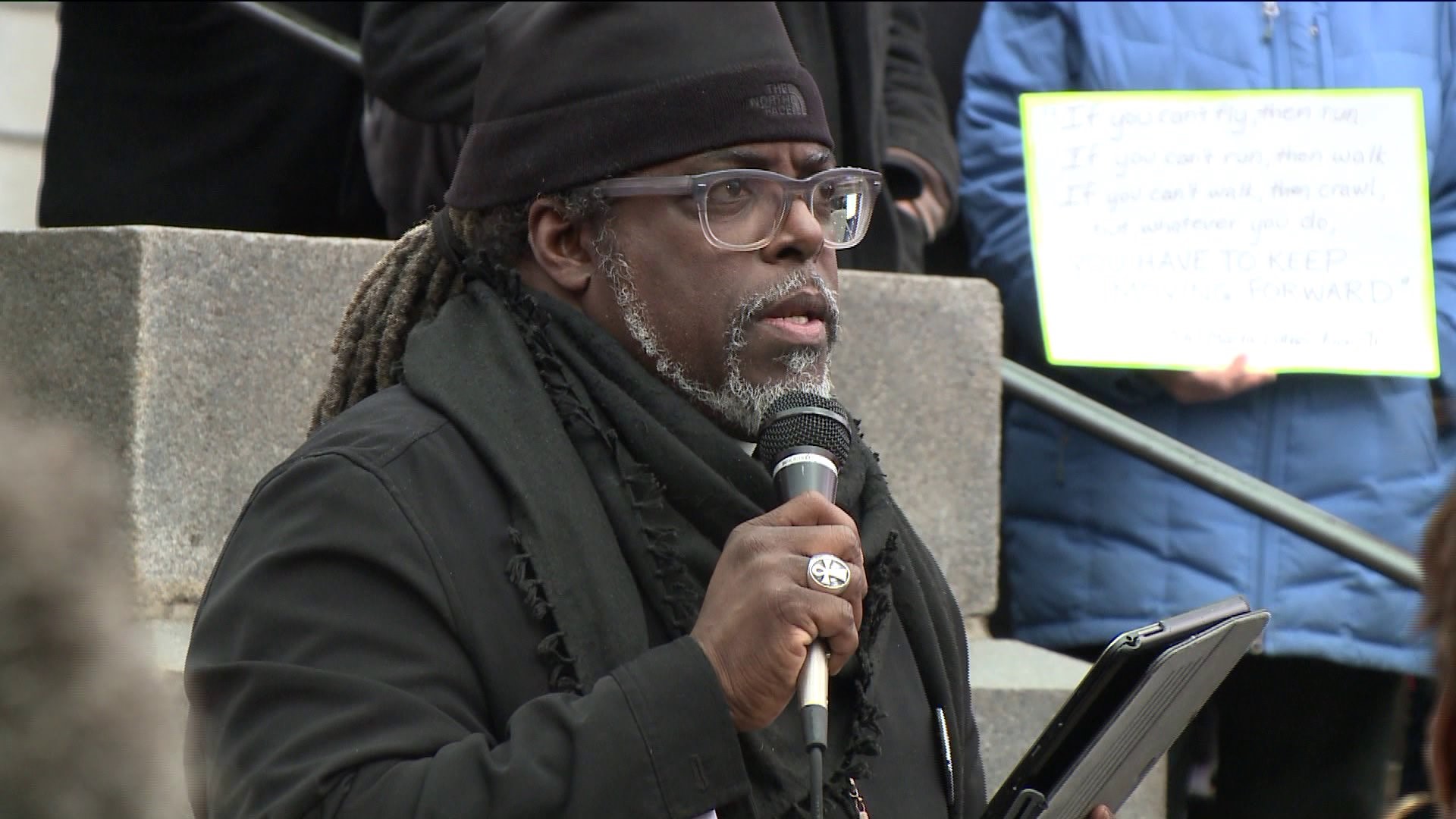 “In this moment, 50 years after the assassination of Dr. King, we thought it would be important to knowledge the work that Dr. King in fact was engaged in,” said Bishop John Selders of the Amistad Church of Christ in Hartford.

That work included tackling issues such as racism, injustice and economic inequality.

He said much of Dr. King’s work continues today.

“He was in the midst of the Poor People’s Campaign 50 years ago and so this is to resurrect that idea that there are still issues that existed 50 years ago,” Selders said.

Demonstrators took their message to the State Capitol during Wednesday’s event by marching around the corner to the Legislative Office Building.

That’s where they held a remembrance ceremony highlighting the issues Dr. King worked on when he was alive.

They were joined by several lawmakers.

Organizers said the event was also about picking up where Dr. King left off.

“People do that and also to different ways,” said Central Connecticut State University Sociology Professor John O’Connor. “I do it in the classroom, I do it in my union, I do it in my community.”

“Like most of us I’m just doing the best that I can to, to stand up and to speak out justice when I see it,” said Central Connecticut State University English Professor Cindy Stretch.

Angel Candelario of Hartford likens Dr. King’s struggle for economic justice to his group’s “Fight for 15” struggles for a $15 an hour minimum wage.

“Almost just the same I’m fighting for minimum-wage,” Candelario said. “I’m fighting to raise our wages so we could live. So we can make one day better than the last one.”

“His work is unfinished,” Selders said. “And so we are his prodigy.”

The event was organized by Moral Monday CT and the Due Justice Coalition.