WALLINGFORD —   Many volunteer groups choose to do relief work in other countries, but one massive mission group has come to Wallingford and surrounding c... 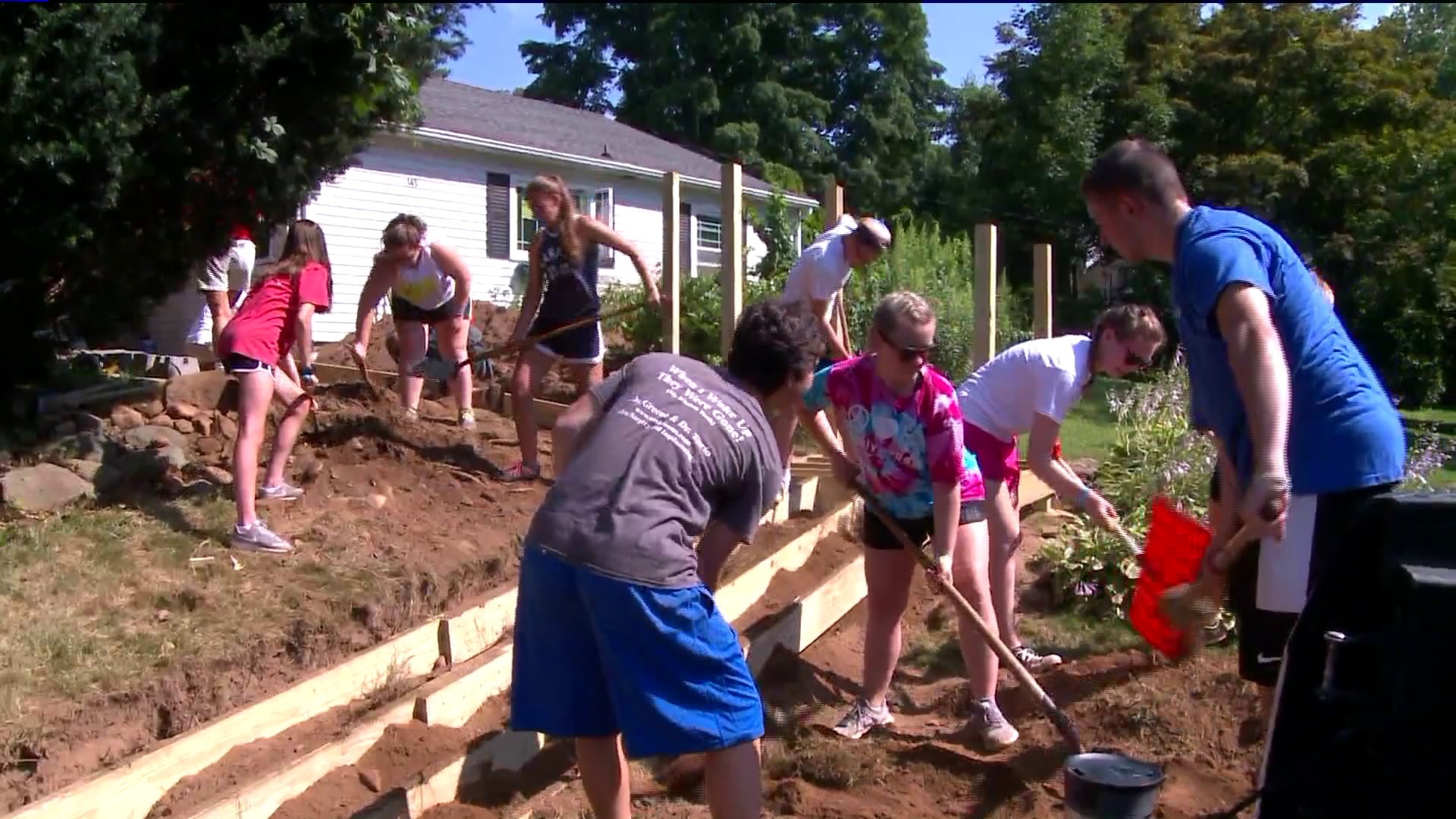 WALLINGFORD --   Many volunteer groups choose to do relief work in other countries, but one massive mission group has come to Wallingford and surrounding communities this week to assist those in need of home improvements.

42 of the 54 projects completed were carried out in Wallingford.

Often times, adults accuse kids of burying their heads in their phones. But, this week, a group of kids from 11 different states and Ontario demonstrated selflessness, rather than selfishness.

"It’s crazy to see 400 plus kids just getting down and doing the dirty work to help out the people of this community," said rising high school sophomore Steven Broun of Wallingford.

One of the 42 residences upgraded in Wallingford this week had a handicap accessible ramp built for a woman with a progressing health condition.

"They say that God has no hands, but ours," said Merrilee Gladkosky, the recipient of the ramp. "And these kids, that’s what you see here."

Many of these kids have volunteered for past mission trips because they dig impacting other communities.

"I feel like a lot of times we are not really given that opportunity and this is a place where we can really make a difference in some peoples lives," said Molly Haynes, a soon to be college freshman from Springfield, VA.

But, there were double the number of applications for home improvements than there were available work crews.

"We were helping elderly, disabled and low income," said Lorraine Westervelt, one of the Wallingford based organizers for this mission trip. "When I asked people which one of those they were, some people didn’t qualify."

She added that some also eliminated themselves because their project was either too large or small in scope. Being around children this week was special for Mrs. Gladkosky, who is a retired teacher.

"I love the kids and I haven’t been OK since I left (retired) eight years ago," she said, adding that there has been a gap in her life.

Its ironic that, for years, she helped kids and now they are assisting her.

It's rewards like this that inspired the Co-Director of the Wallingford Workcamp, Connor Filkins, to pursue a career in ministry.

"I remember going on these mission trips with my church (First Congregational Church of Wallingford) when I was younger and I still talk with friends," he said, with a smile.

In order for the Wallingford Workcamp to become a reality, the Frst Congregational Church of the Wallingford needed to raise $30,000 to pay for the construction materials.

The Rotary Club and Ulbrich Steel came through in a big way.

Merrilee Gladkosky and her husband, George, watched intently and with appreciation this week as their lives, in a home in which they've lived for nearly 50 years, were just made easier.

"It’s been the best stay-cation in the world," she said.

You can learn about the 57 work teams week in Wallingford and surrounding communities by clicking here. To learn about how your group can be part of this type of experience, click here.