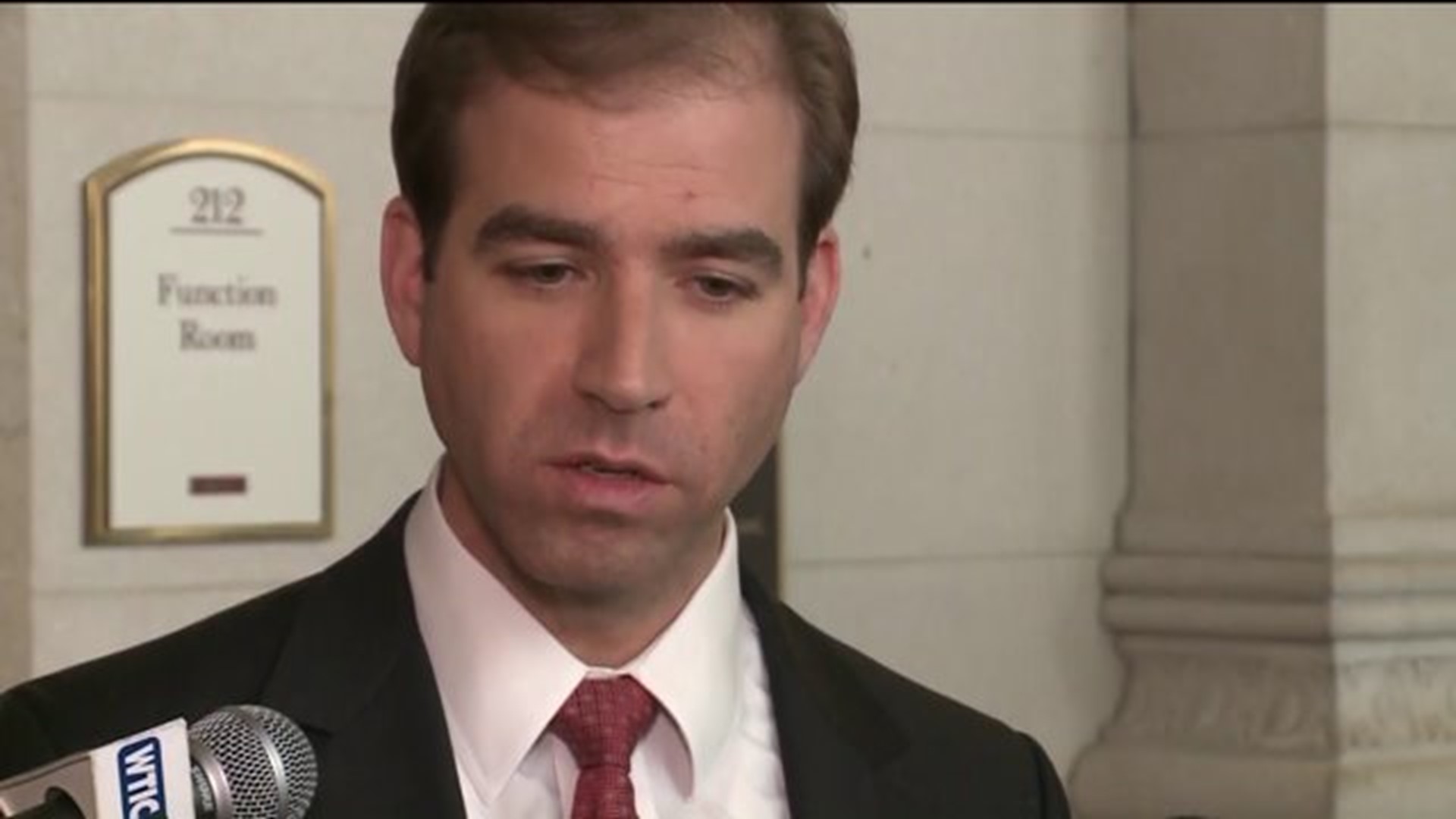 HARTFORD -- Hartford Mayor Luke Bronin unveiled his plans for the city's $557.2 million balanced budget Monday, which erases the $48.5 million budget deficit. Mayor Bronin blamed the gap, in part, on one-time savings measures and underestimated costs, such as overtime for police and fire departments.

Bronin said he is committed to not raising the mill rate for the city because he fears that'll drive taxpayers, and revenue, away. He proposes saving $15.5 million by eliminating 100 positions. Some of those will be through vacancies and attrition, but about 42 people will be laid off.

$15.5 million could be eliminated through union labor concessions, but those details need to be worked out, according to Mayor Bronin.

"We are in discussions with our labor unions, and I have committed to meet personally anytime and anywhere to reach agreements. We have proposed specific terms that would allow us to achieve the savings we need. I welcome alternative proposals for achieving savings. But the savings must come," he said in a statement.

Sgt. Rich Holton, the president of the Hartford Police Union, released a statement to FOX 61 about the announcement:

We maintain that there are better choices than cuts to the public safety, health and education services that all Hartford residents, small businesses and visitors count on every day. That’s why we’ve stepped forward to be part the solution and help the mayor, council, school board and the legislative delegation find and navigate a path forward. Working together is how we can ensure short-term decisions aren’t made today that jeopardize the quality of life in our Capital City tomorrow.

We are addressing things through contract negotiations but the unions can't save the city alone. If the city is to flourish in the future it can no longer keep its head in the sand, it needs to address the biggest structural challenge it faces and that's the tax exempt properties within the city. Failure to do so will be a failure of the administration not the unions. 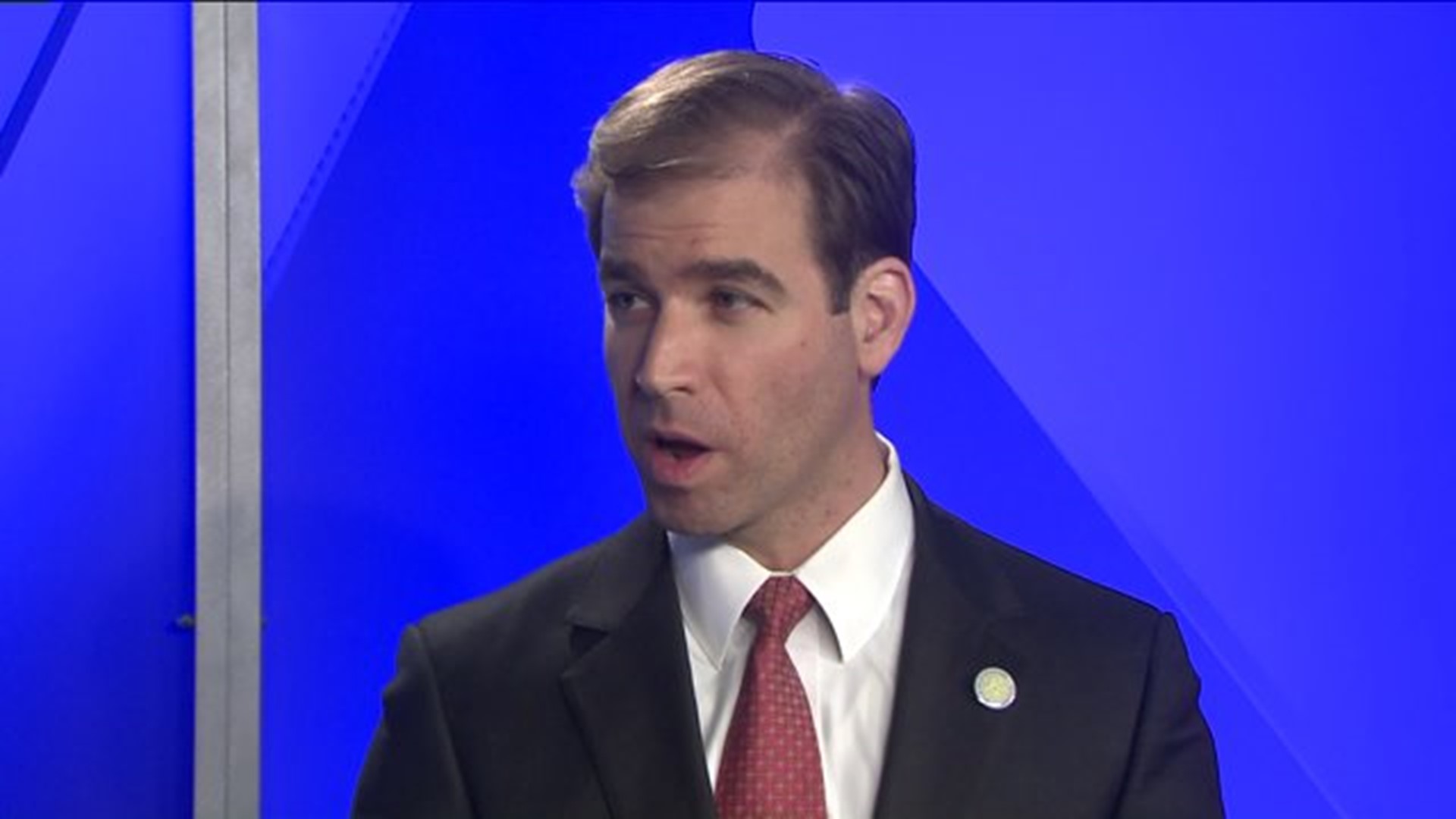 Another $5 million would come from transferring Batterson Park to the pension fund, and Hartford would use its current rainy day fund of $11.5 million to close the remaining gap under Bronin's plan. Another aspect of the budget is to eliminate the city subsidy for parades and festivals, and to cut external agencies and organizations.

"We're doing everything we possibly can in this budget to get our own house in order. We're making tough decisions and tough cuts, but there's a limit to how much you can cut," Bronin said to reporters.

He maintains funding to education, shelters, food pantries, and the summer youth employment program, which won't be affected. Bronin also did not anticipate the closure of any library branches despite a $600,000 hit to libraries.

"None of these cuts are easy," Bronin said in a statement. "This budget makes the cuts we can responsibly make, while continuing to deliver vital services to the residents of our city. But any spending cut that is restored or rejected during this budget process will have to be offset by another cut or by greater labor savings. If we are determined not to raise the mill rate, those are the options."

When FOX 61 asked if Hartford is close to bankruptcy, Bronin said, "At a certain point, the city is, by definition, insolvent. We're doing everything that we can to make sure that we're capturing as much sustainable savings as possible but again, looking at next year, we're not going to be able to get there alone, we need a different level of help."

The City Council must respond to Bronin's budget by May 21 and the budget must be adopted by May 31.