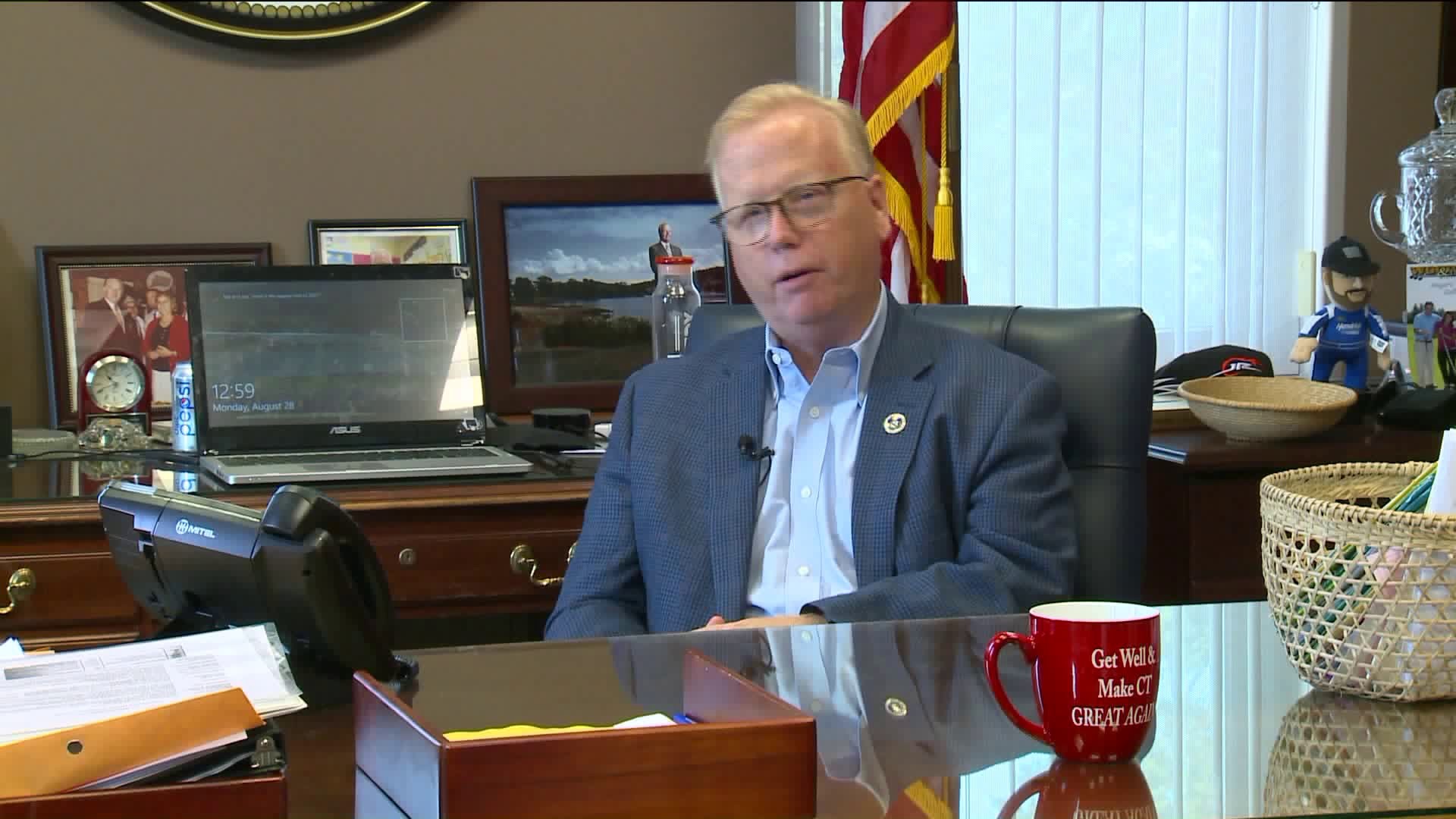 "The only thing I told them was don't make me a Democrat,” Boughton chuckled while sitting in his office chair at city hall.

He’s also back to tweeting, much to the delight of his 34,000 followers.

“They took my phone away from me so that was stressful,” Boughton said with a smile on his face.

Looking around his office, though, you can see the signs, literally, the outpouring of support. They include cards, a painting, and even balloons from former Governor Jodi Rell.

The mayor also has a mark, he won’t soon forget.

“I've got a scar that goes right here,” said Boughton pointing to the left side of his head, “and it goes down here around my ear.”

He's recovering after doctors at the University of Pittsburgh Medical Center performed a delicate and complicated brain surgery, removing a tumor the size of the lemon. It’s something he only found out he had in July.

“Sometimes you just gotta get hit in the head, literally and figuratively,” said Boughton.

The mayor was in the normal throws of life, running for a ninth consecutive term in Danbury, while also exploring a run for governor.

He started getting headaches in January, but in July he became alarmed after losing his vision for 20 minutes. His blood pressure then sky-rocketed, and his doctor recommended he immediately go to the emergency room, which led to the scary discovery.

“The night before the surgery I spent a lot of time praying and thinking, and frankly crying about your life,” Boughton recalled. "The weight of your life sort of sits on you. 'Did I do everything I could for everybody? Was I a good person all the time?'”

With his two sisters dropping their jobs to be with him, Boughton underwent eight hours of surgery and came out on the other end with good news.

The benign tumor was fully removed.

Boughton is back to work part-time this week as he rests and recovers, and while he's the same person we knew before, we also found a man feeling introspective and sentimental after going through what many would label "a close call."

“One of the things you learn from this is that you don't live life on your terms. You live life on God's terms and it's up to him to decide what he or she wants to do with your life,” said Boughton, “In many ways it was probably a good thing for me. Maybe I was just going a little bit too fast sometimes and not appreciating all of the beautiful things around me.”

But that doesn't mean he is dropping any future plans.

“We are still exploring a run and that's going really well,” he said, “and we're running here for Mayor in Danbury on November the 7th.”

Mayor Boughton plans on returning to work full-time next week. He says he's incredibly touched and grateful for the outpouring of support.

He will announce his decision on whether he will run for Governor in January.