Meriden bartender: ‘Everyone hit the floor when the shooting happened’

MERIDEN – Police are presently investigating seven recent shootings in Meriden, including one that included three gunshots going through the front window ... 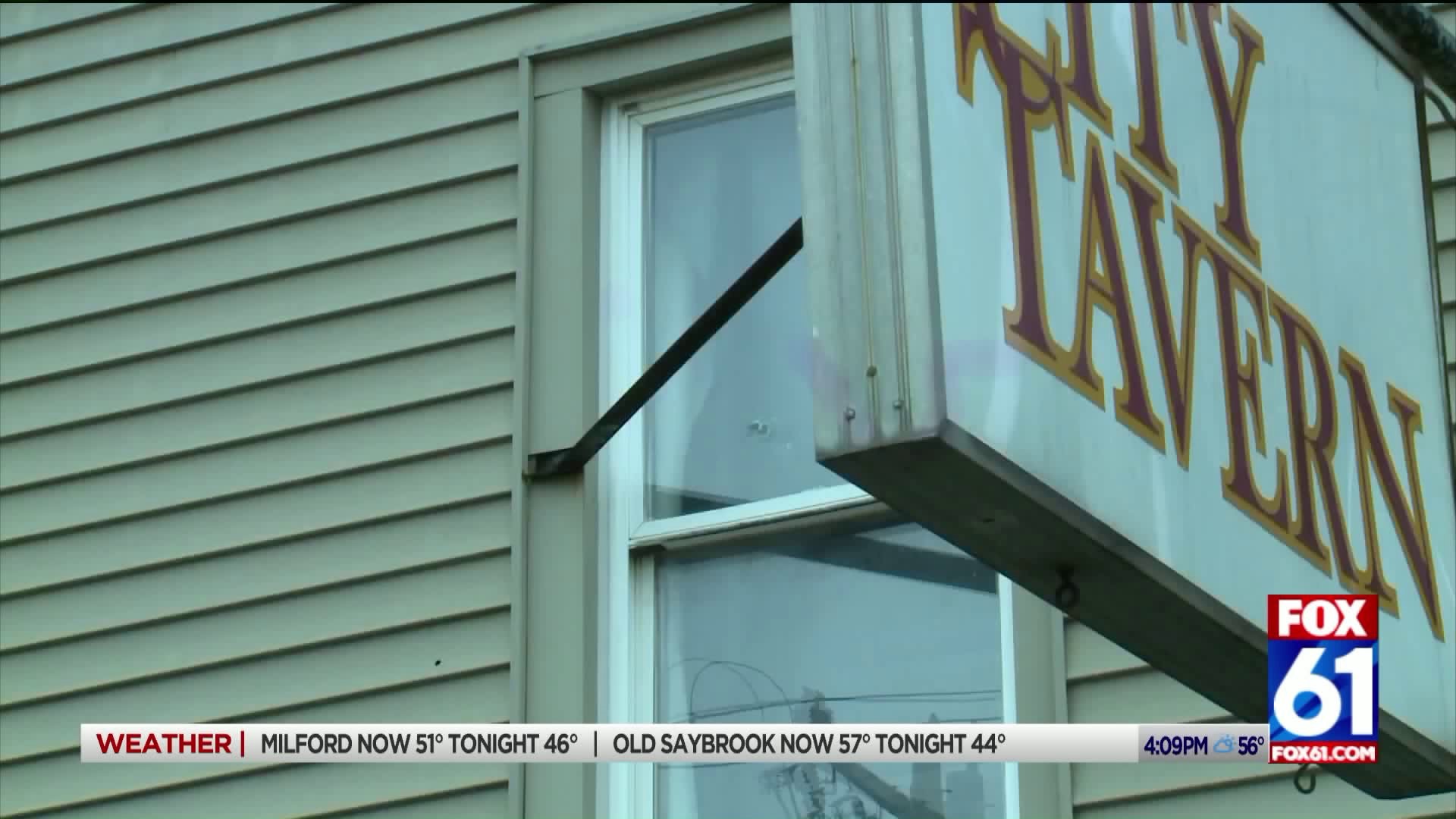 MERIDEN - Police are presently investigating seven recent shootings in Meriden, including one that included three gunshots going through the front window above popular local bar.

And, miraculously, nobody was hurt there or in the upstairs apartment which was also riddled by bullets.

Police were called to the City Tavern, on Broad Street, just after 11:30 p.m. Friday

“When I first pulled up, I saw the window,” said Tim Rose, Owner of City Tavern.

The front window had three bullet holes in it.

“We don’t even know why it even happened,” said Rose.

Just moments before the shooting, customers had been seated in the chairs closest to the window.

“Thank God they went down there to shoot a game of pool,” said Rose. “Otherwise, somebody would’ve had one of them in their leg or worse.”

A chair, with a bullet indentation in it, is the one closest to the window. And a bullet even got lodged in a beam near the ceiling. Fortunately, the bartender wasn’t near the window, either.

“She was, I think, it was right down over here by the beer coolers watching the people at the pool table,” said Rose.

The bartender, named Rita, told Fox 61 Tuesday afternoon she had never heard gunshots before, but she and everyone else in the bar hit the floor because the sound was startling to them.

She said that it wasn’t until a little while later that they discovered the bullet holes and bullets themselves inside the bar.

The upstairs apartment had at least six bullet holes visible from the outside.

“Upstairs she has little kids,” Rose noted. “Thank God they were laying down sleeping.”

The mother of three, who lives in the upstairs apartment, declined our invitation for an interview but, a source told Fox 61 two of the woman’s three children were sleeping on a couch in the room that bullets ended up in.

And many are asking was it targeted or random?

“We have a lot of limited information and we’re not going to get into specifics regarding what we do and don’t know,” said Sgt Chris Fry of the Meriden Police Department.

“You know, in the old days, if you wanted to fight with somebody you fought with him,”? Rose said. “You didn’t go hide across the street and shoot out a window or something.”