MERIDEN — A local father and his family partners have turned their vision for school safety into a business. Tom Baggerio envisions his “Safe Pods” ... 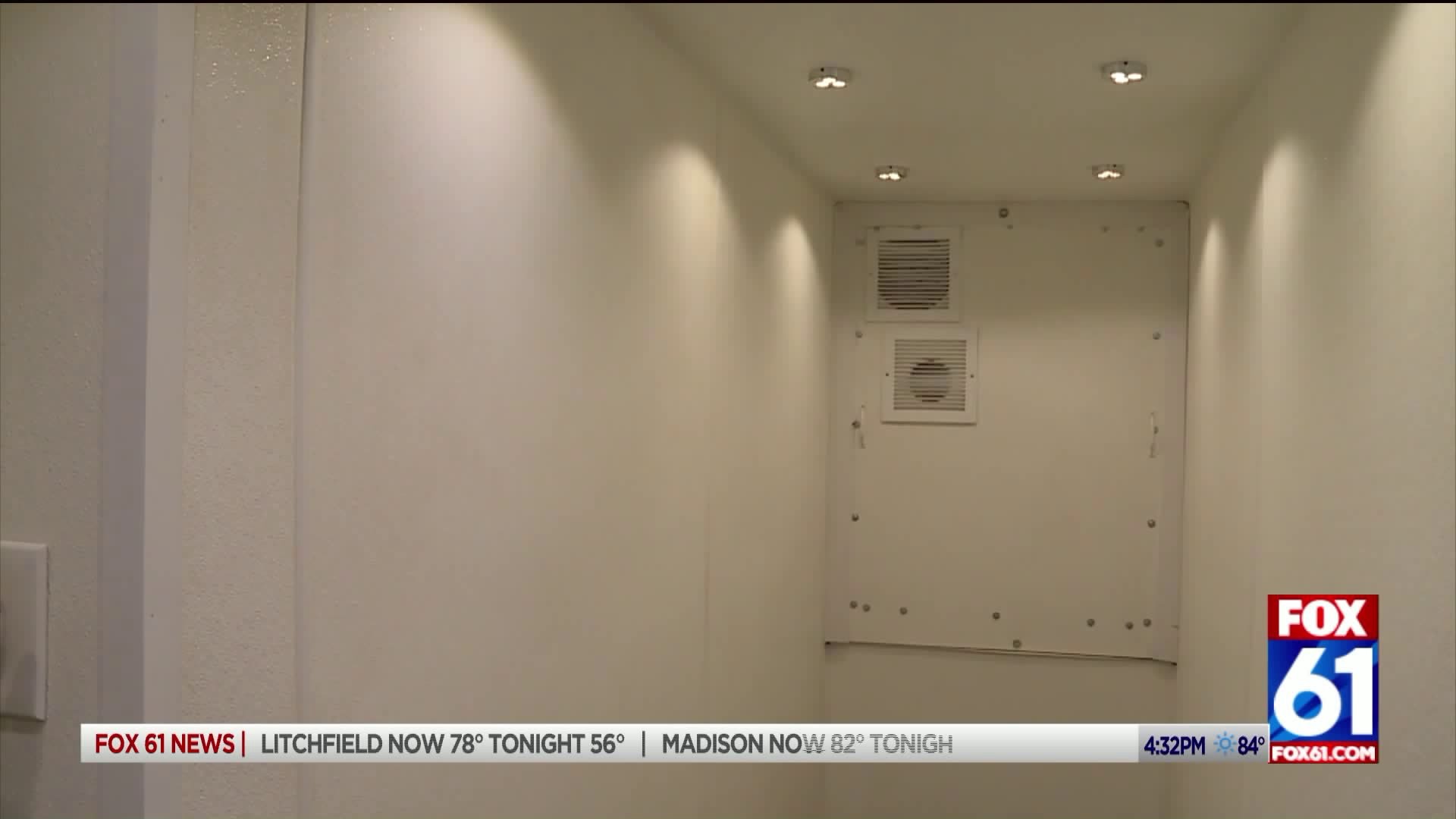 MERIDEN — A local father and his family partners have turned their vision for school safety into a business.

Tom Baggerio envisions his "Safe Pods" and safe doors systems in churches, resorts, casinos and everywhere that could be exposed to a threat.

“We’ve failed our children for way too long,” said Baggerio, the Co-Owner of Simply IV Safety. “The victims, their families, the communities at large deserve this from us.”

His started with a mini prototype in 2014 and then created a half scale model before he finished the Safe Pod. It’s a family owned venture.

The Safe Pod is a bullet resistant refuge can be integrated into schools and businesses. It’s equipped with a 600 pound magnetic lock, a manual deadbolt, a battery backup, an air filtration system and integrated cameras, phones and tablets.

Howard Lohman Jr., said, “It’s such a tragedy with things that are happening in today’s world that were just so happy to be a part of it helping them to produce right here in Connecticut from the very start to the finished product.”

The Safe Pod isn’t their only product, they also offer a ballistic door system with a sliding window door to keep people out of view.

Retrofitted quarter-inch bullet resistant steel plating along the wall would keep those sitting up against it. The wall is designed to make a shooters bullets shatter. “He has more of a chance of hurting himself,” said Baggerio.

Both products are integrated through a third-party app.

It’s a one touch system that will automatically notify that there is an active threat. It would have to be triggered by a user and could be easily activated with face scanning and fingerprint biometric technology.

The Safe Pod costs around $28,000 the door system is about $9,000. “There’s hundreds of millions of dollars that are already allocated toward school safety grants,” said Baggerio.

Tom told FOX61 that as a father, he didn’t want to start this business, but after seeing repeated mass shootings, he felt he had to.