MERIDEN – On Wednesday, outside of the U.S. District Courthouse in Hartford, U.S. Senator Richard Blumenthal announced a reprieve in the Department of Hom... 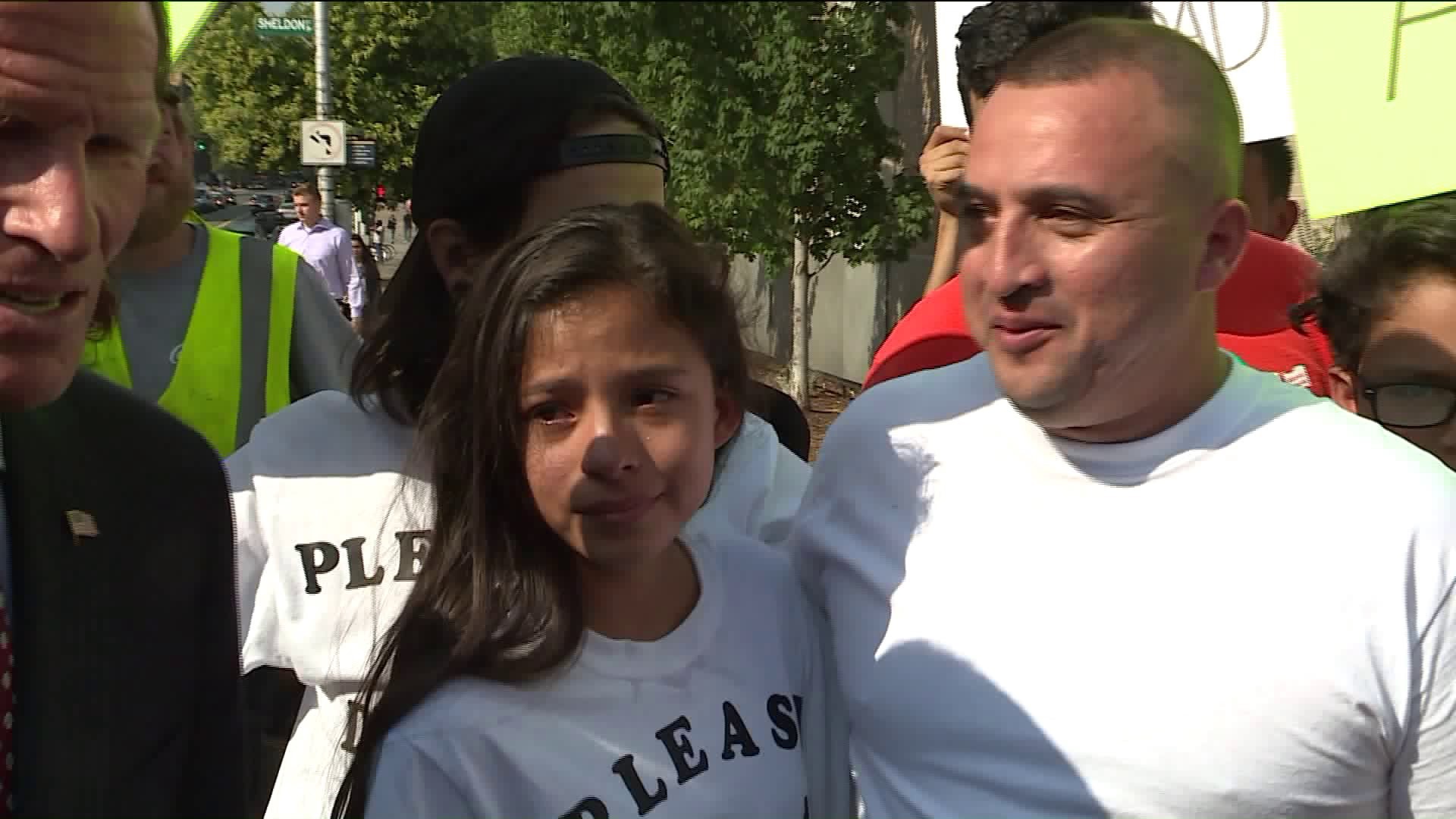 MERIDEN - On Wednesday, outside of the U.S. District Courthouse in Hartford, U.S. Senator Richard Blumenthal announced a reprieve in the Department of Homeland Security deportation case, allowing Marco Reyes to leave the First and Summerfield United Methodist Church in New Haven and go home with his family.

Senator Blumenthal said the reprieve is temporary but he is hoping it will turn into a permanent stay.

Reyes is an undocumented immigrant who has been receiving sanctuary in the New Haven church after living in Connecticut for two decades. He was supposed to self deport a couple of months ago but  instead of complying, he stayed in the church.

The married father of three, has been living in the church since August 8 - the date he was scheduled to be deported back to his native Ecuador.

“I am very happy and I just want to go to my home and celebrate with my family, so thank you everyone,” said Reyes.

Senator Blumenthal called the Trump Administration’s immigration policies “heartless” and said Reyes came here to seek a better life for himself and for his family.

“They came here as refugees to avoid persecution and danger in their own country,” said Senator Blumenthal.

Reyes has been living in Meriden since 1997. He was apprehended by ICE in 2007 when he vacationed with his family near the Canadian border by accident. Since 2016, he has had to consistenly check in with immigration.

Instead of going back to Ecuador, he sought sanctuary at the First and Summerfield United Methodist Church, a place that became his home for four months.

“Look at the lectern he built there. He built a lectern for the pastor while he was there using his skills and that will be a lasting moment and monument of the faith communities rallying around him and enabling him to stay there while he is giving back,” added Senator Blumenthal.

“It was very hard for me to also go back and forth with everything, but we’re so happy it finally ended,” said Fanny.

Attorney Erin O’Neil Baker said Reyes is no longer forced to leave his family behind as she believes he deserves a fair hearing, something he never got.

“He has a motion to reopen with the Board of Immigration Appeals and while those are pending, DHS is not forcing his deportation, so there’s no timeline at all,” said Baker.

Senator Blumenthal and Baker did not say how long the reprieve will last but in the meantime, the family said they are just extremely relieved to know they will be able to reunite as a family in time for Thanksgiving.