MERIDEN — A number of recent attacks on places of worship across America – including Connecticut–  have many religious leaders beefing up secu... 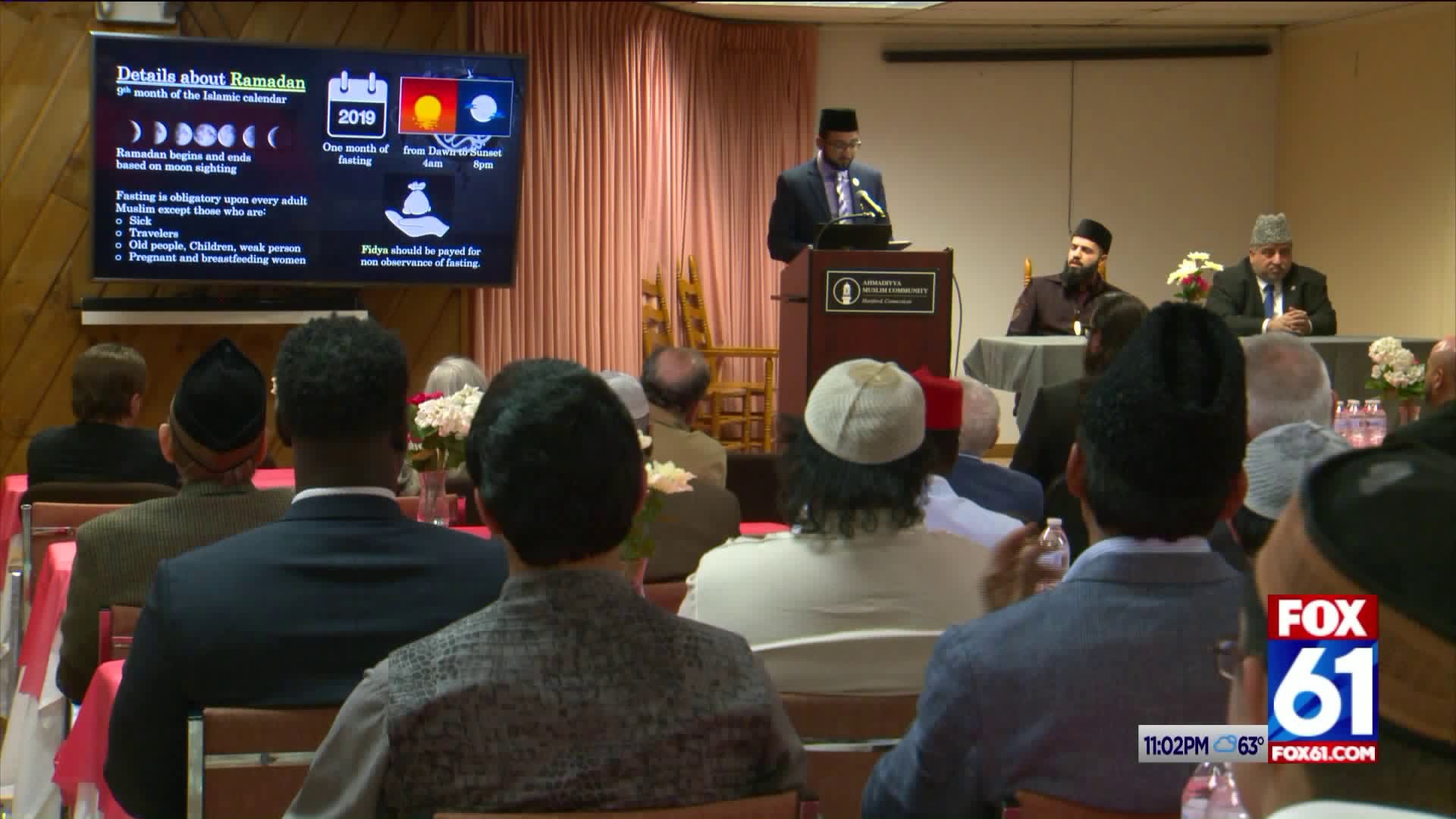 MERIDEN -- A number of recent attacks on places of worship across America - including Connecticut-  have many religious leaders beefing up security, but in spite of that, a Meriden mosque is fighting hate with awareness.

The Baitul Aman Mosque participated in Open Mosque Day on Saturday where mosques across the country open their doors to the non-Muslim community to share their faith with others.

“We always keep our mosque open so that we build bridges and get people together to know what Islam is all about” Mubashra Ahmad said.

Last Sunday- a New Haven mosque went up in flames and now officials said they’re investigating the case as arson.

In the wake of recent attacks on places of worship -- religious leaders said they plan to educate others about the Muslim religion in hopes to deter future incidents. .

“Our mosque was shot at a few years ago and since then, we have been trying to reach out to the community to tell more and more about who we are,” Muhammad Qureshi said.

In 2015 Meriden resident- Ted Hakey Jr. - was arrested on federal hate crime charges for shooting into the mosque on Main Street. Fortunately no one was inside the mosque during the time and no injuries were reported.

“We learned from our lesson that we needed to open doors even wider right, so why didn’t we reach out to our neighbor right across the street,” Wajid Ahmad said. “Those hate crimes can all go away if people just stepped foot inside of the mosque, sat down with Muslim brothers and sisters and realized that we’re no different than them.”

According to Ahmad, mosques in over 20  states participated in the initiative.