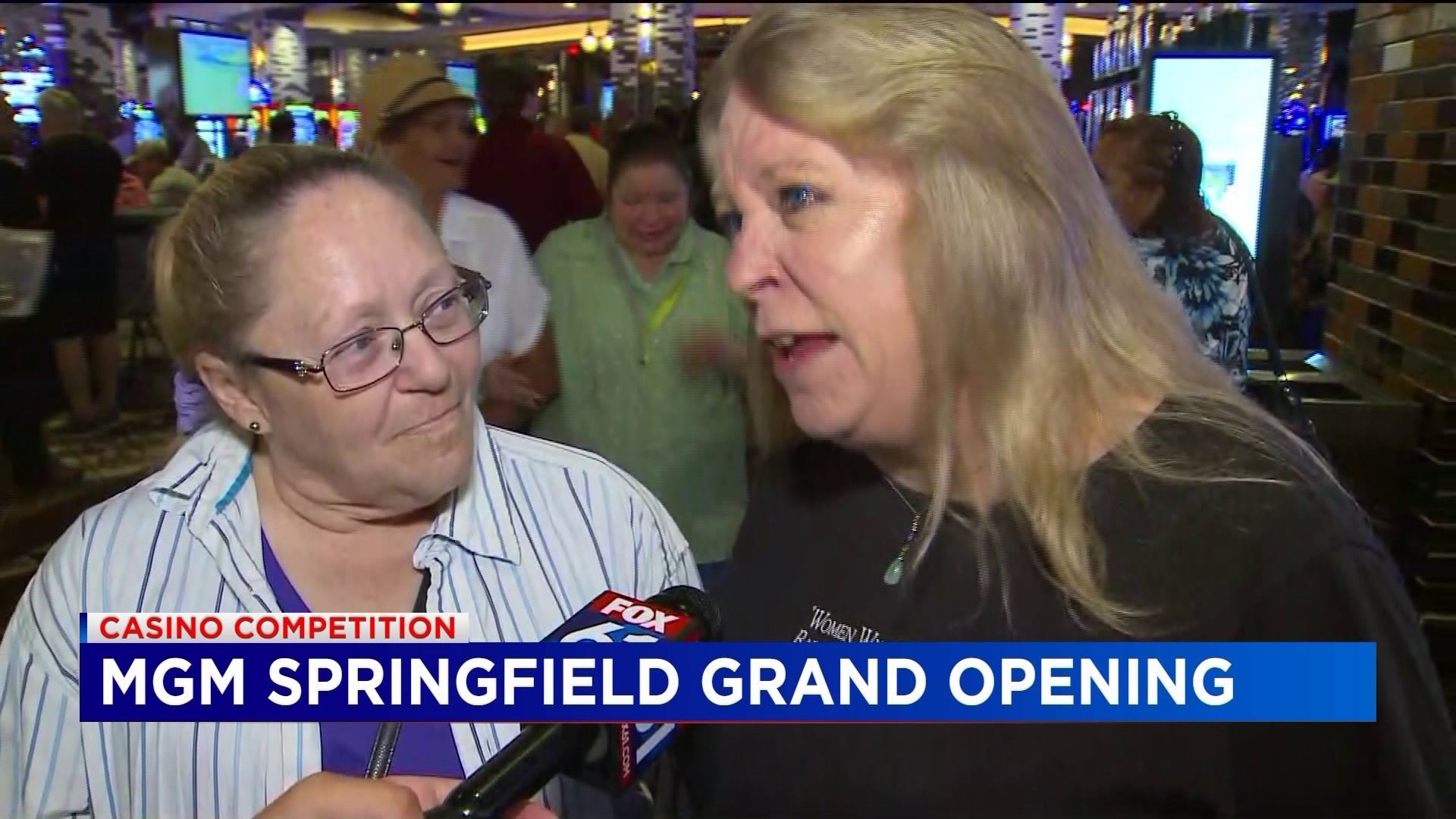 After lining the streets for a procession through downtown Springfield that featured the Budweiser Clydesdale horses and other entertainment, thousands of people headed inside to gamble at MGM Springfield considered the first of its kind in the state. The complex also includes a hotel, restaurants, entertainment and upscale retail shops.

Plainridge Park, a more modest slots parlor south of Boston, has been open since 2015 and Wynn Resorts promises to open a $2 billion casino development just north of Boston next year.

MGM Springfield president Michael Mathis called the opening "pretty magical." The complex occupies a corner of downtown that was hit hard by a major tornado in 2011, and city officials hailed the project as a significant step forward in Springfield's economic renewal.

Here's a look at some of the game-changing MGM casino's numbers:

7: Years since Massachusetts legalized casino gambling in 2011, paving the way for MGM and other casino companies to seek state gambling licenses.

$960 million: Total project budget, which is higher than the early estimates of $850 million.

35 percent: Number of those who are Springfield residents.

$25 million: The amount Springfield is expected to receive annually from MGM once the casino opens its doors. (The city also received a $15 million upfront payment from the company.)

14.5: Roughly the number of acres the development covers, or about three city blocks.

200 yards: Roughly the distance a more than 130-year-old historic brick church was moved to accommodate the casino development. It now anchors the casino's public plaza.

$25,000: Cost of an "Indian Sidecar" at the casino's Commonwealth Bar. The drink is made with a cognac from 1901 and includes an actual motorcycle by Indian Motorcycle. The company was founded in Springfield in — you guessed it — 1901.

4 a.m.: Last call for alcohol, at least if you're still gambling. Casino bars and restaurants will still honor the state's 2 a.m. cutoff.

2: Number of U.S. presidents who stayed at the historic Chandler Hotel, the facade of which was incorporated into the casino's steakhouse. The presidents were James Polk and James Buchanan, the nation's 11th and 15th presidents, respectively.