MIDDLETOWN — There weren’t many ways to escape the heat along in Middletown. “There’s no way to beat it,” said Kevin Lorraine. “There’s ... 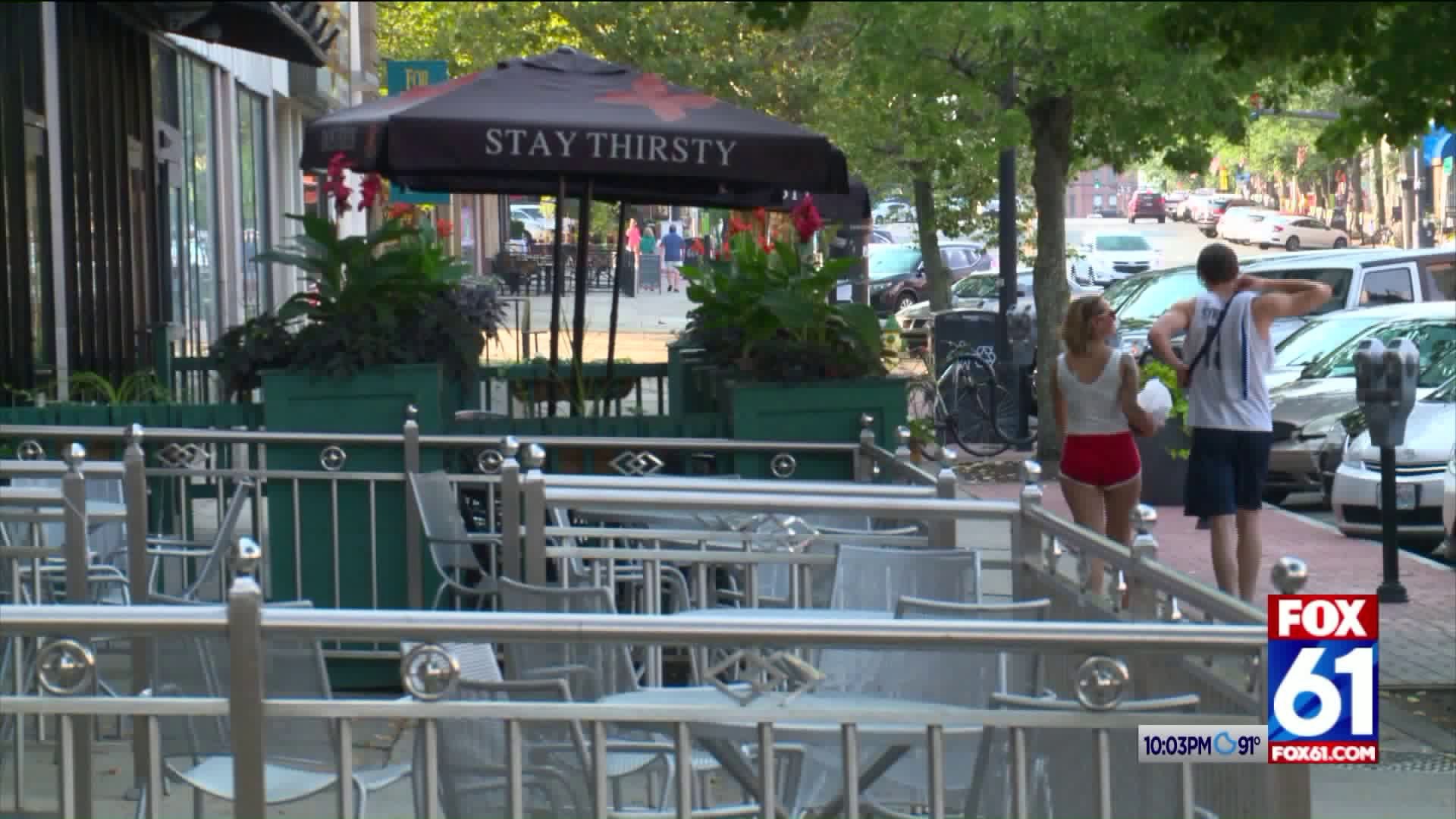 MIDDLETOWN -- There weren’t many ways to escape the heat along in Middletown.

"There’s no way to beat it," said Kevin Lorraine. "There’s just a way to stand it. To make it work."

Lorraine found himself out on the unusually quiet streets of downtown Middletown Saturday afternoon.

"There is nobody for blocks. Probably for about three blocks there’s not a person behind me and the other guy was walking the other direction," said Lorraine.

Lorraine took to the streets to cool down since fans weren’t doing enough to keep his third floor apartment cool.

"As much as I hate to hang out and not do anything on Saturday it’s kind of the only way to beat the heat unless you’re in air-conditioning," said Lorraine.

Restaurants normally filled with people saw a dip in clientele due to the heat. Some resorted to changing up the menu a bit.

Tschudin Chocolates has rolled out frozen treats and chocolate slush to attract people looking for a lighter alternative.

"As things cool out and people start to come out again, we will do some good business tonight," said Tschudin-Lucheme.

Fire Hydrants opened by Middletown officials kept Ronda Blosser and her daughter Surely-May cool in the suburbs. Something they both couldn’t get enough of.

"Oh she loves it," said Blosser. "She keeps telling me to go."

Down by the Connecticut river, others used a larger body of water to stay cool.

Regardless of the place or how they kept cool their advice to avoid the scorcher the same. Patience.

"Stay cool. Stay calm. Don’t do too much. Hang out and just try to let it pass," said Lorraine. "It will be gone in a day or two let’s hope."