MIDDLETOWN — June is LGBTQ Pride Month and one Connecticut city is making history tomorrow by hosting its first ever pride parade on Saturday. “It really ... 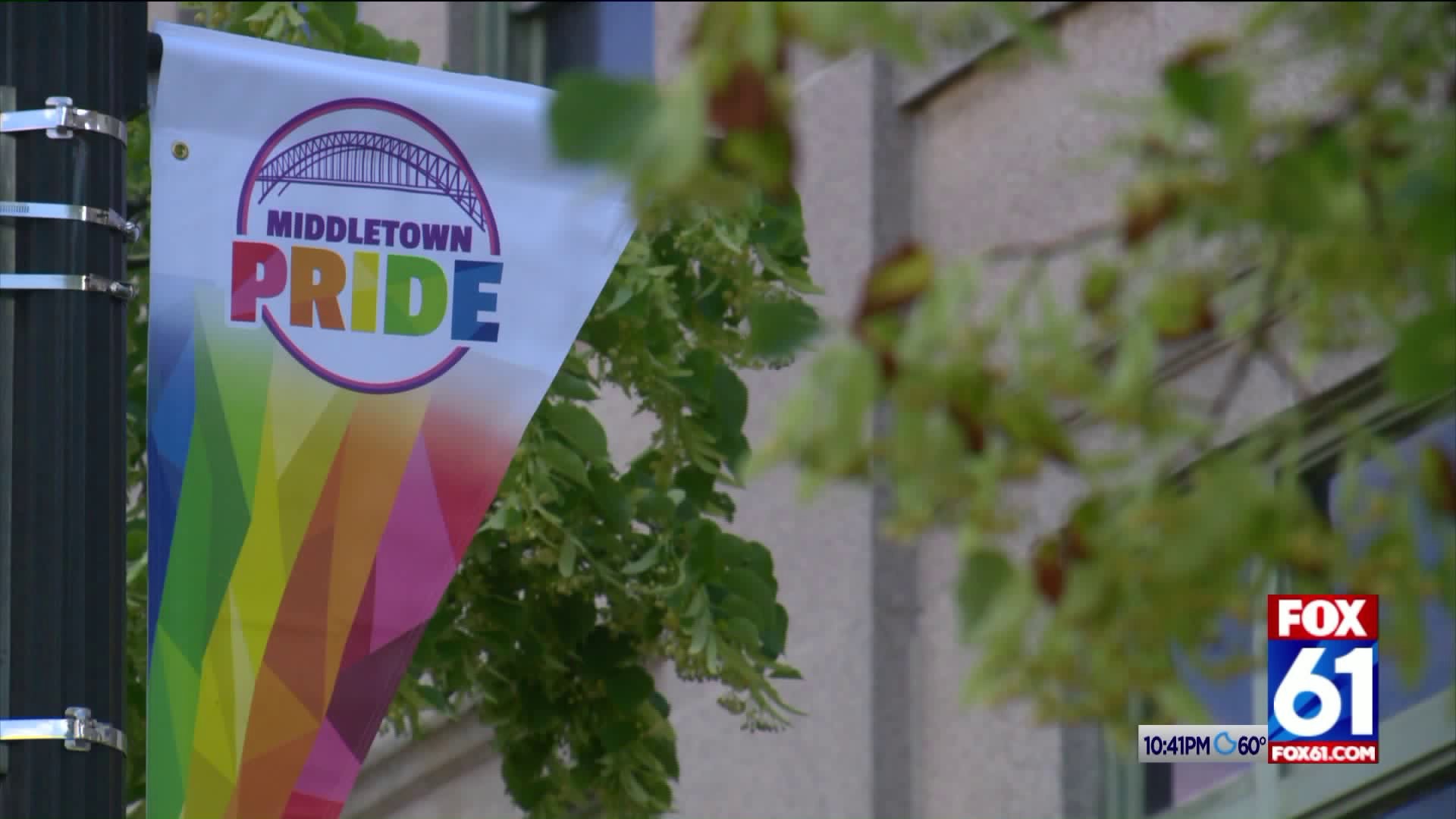 MIDDLETOWN -- June is LGBTQ Pride Month and one Connecticut city is making history tomorrow by hosting its first ever pride parade on Saturday.

“It really shows that Middletown is an inclusive community and that’s what we want everyone to know about Middletown,” Middlesex Chamber spokesman Mike Fallon said.

The Middletown Pride parade kicks off at two p.m on Main St. at St. John’s Square and will proceed down Union St.

Organizers said this is the only LGBTQ pride parade in the entire state and they are expecting thousands of people to attend.

Many of the businesses along Main St. will be hosting pride events all weekend- including -La Boca- the official after hours restaurant for the parade.

The City of Middletown, the Middlesex Chamber of Commerce and Wesleyan University joined forces to put the event together.

If you are traveling through the area- be aware of road closures on Main St. from Union St. to St. John’s Square and Route 66 from High St. to Dekoven Drive. According to Middletown Police, these areas will be closed to traffic starting at 1 p.m.