MILFORD — The Mary Taylor Memorial United Methodist Church was the recent target of a hate crime twice within the past few days. Church leaders say it was... 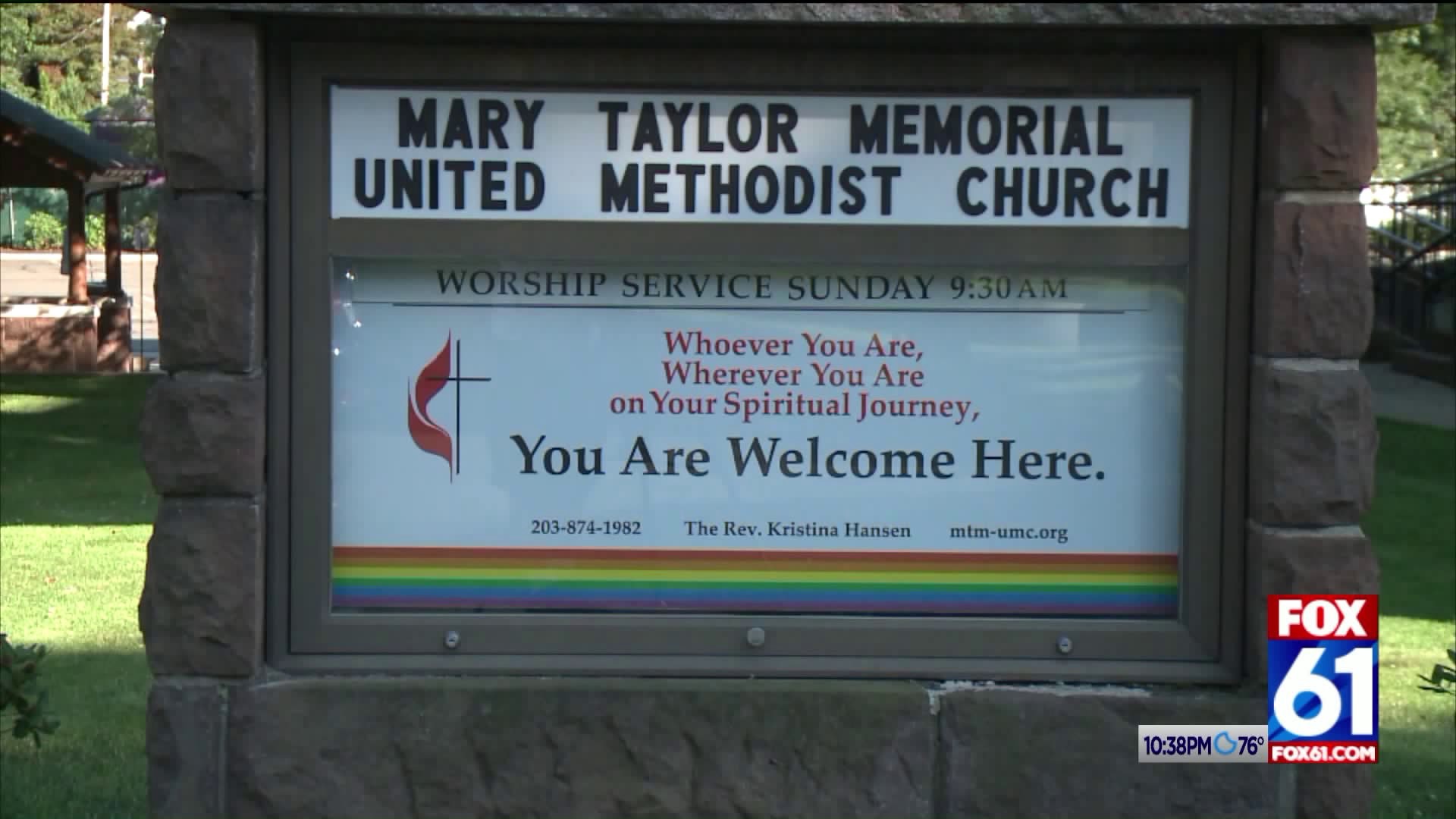 MILFORD -- The Mary Taylor Memorial United Methodist Church was the recent target of a hate crime twice within the past few days.

Church leaders say it was all over a sign the pastor decided to put up to welcome all.

"He said that he didn’t agree with the fact that we were open to gays that that was not Christian," said Reverend Kristina Hansen of the church.

Reverend Kristina Hansen was talking about Charles Yarbrough, the man from Nashville, Tennessee who police said caused damage to the inside of the church Monday morning and last Thursday evening.

Yarbrough has been charged with third degree burglary and criminal mischief, 3rd degree assault, intimidation due to bias, breach of peace and desecrating a house of worship. He's scheduled to appear in court on August 22.

The wood was smashed into by the kneelers, the seat cushions were sliced open and the wood on the Reverend's office door was shredded by a box cutter.

Reverend Hansen told FOX61 the sign was posted in response to a decision at a Special General Conference in February in St., Louis when the United Methodist Church voted to ban gay clergy and same-sex marriages.

It was believed Yarbrough was able to sneak into the church last Thursday during a community meal event and on Monday, he was able to get into the Wesley Center before it opened.

"We pray for those who disagree with you right? That’s part of what our tradition is," added Reverend Hansen.

The church held a discussion Tuesday evening to address the incident.

Yarbrough is being held on a $50,000 bond. As for the church, they said they will be enforcing tougher security measures.