HARTFORD — Big news Thursday for people in Connecticut who make minimum wage. You are one step closer to getting a raise. Lawmakers in the House passed a wage h... 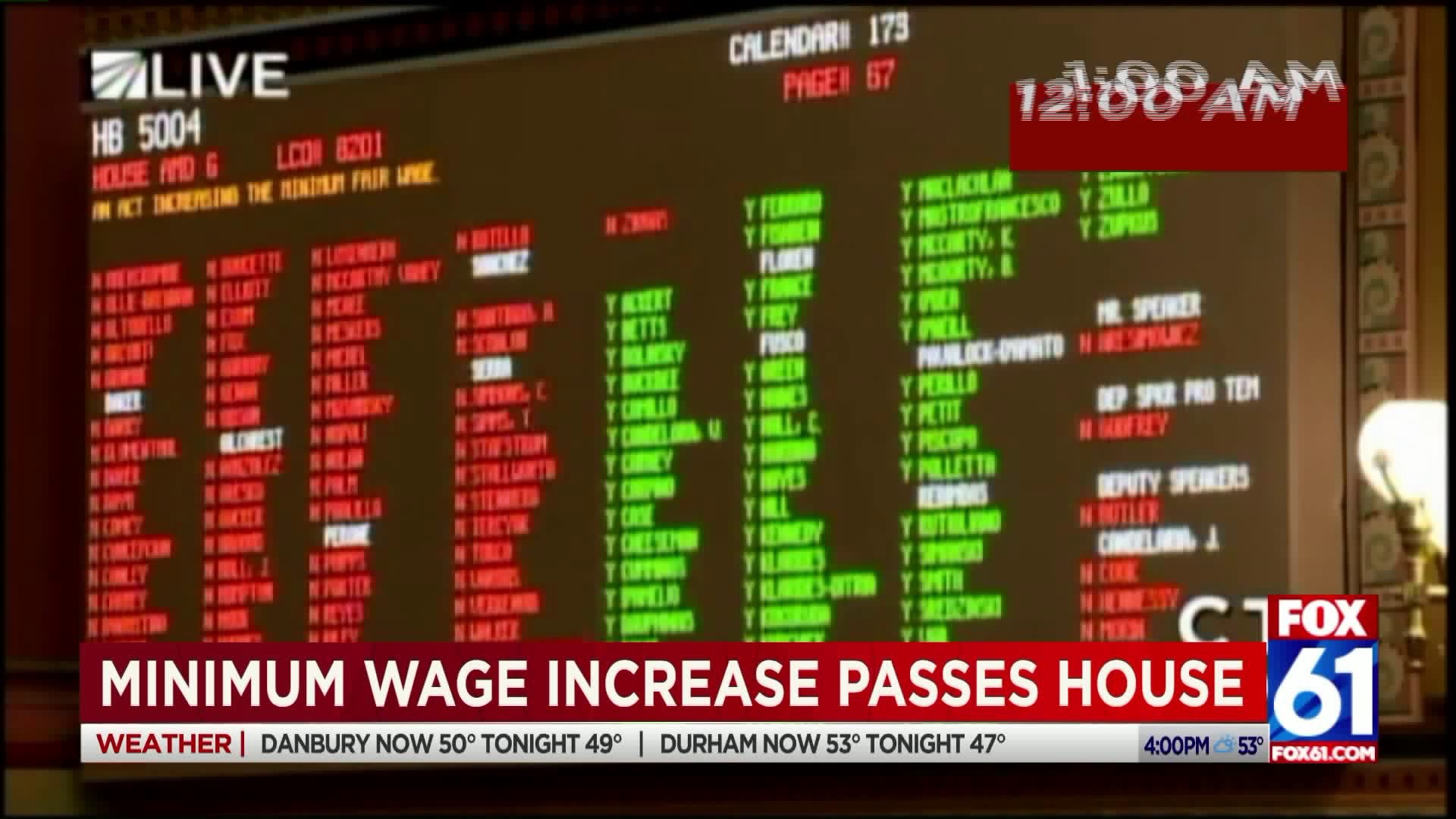 HARTFORD — Big news Thursday for people in Connecticut who make minimum wage. You are one step closer to getting a raise. Lawmakers in the House passed a wage hike. But it took Two days, 14 hours and nearly a dozen amendments.

If it becomes law, this plan would give 330,000 workers in Connecticut annual raises over the next 4 and a half years.

Debate stretched 14 hours. Eyes were glued to the board as the fuzzy red and green finally came into focus. The bill passed 85-59 with two Democrats joining with Republicans to vote no.

Labor Committee Chair,Rep. Robyn Porter, the bill’s Chief advocate said, “It gives people the opportunity to have some dignity, not just about the work they do, but about the quality of life they live.”

The bill gets the minimum wage to $15 in 4 and a half years, ties future increases to inflation and creates a 90 day training wage for 16 and 17 years olds to be paid at 85% of the minimum wage. But the bill freezes wages for tipped workers.

Republicans say it hurts the economy and businesses.

Rep. Themis Klarides, (R) House Minority Leader said, “Connecticut is a terrible state to do business in. We are the last state to have come back for jobs and people are moving out of here in droves.”

This was one of the longest filibusters in recent memory as Republicans who claim they were left out of negotiations filed amendment after amendment. But now it goes to the senate where House Democratic Leaders say they are confident it will pass.