HAMDEN – What an introduction to Sleeping Giant State Park for Quinnipiac University’s new Dean of the School of Communications “I figured this was a good... 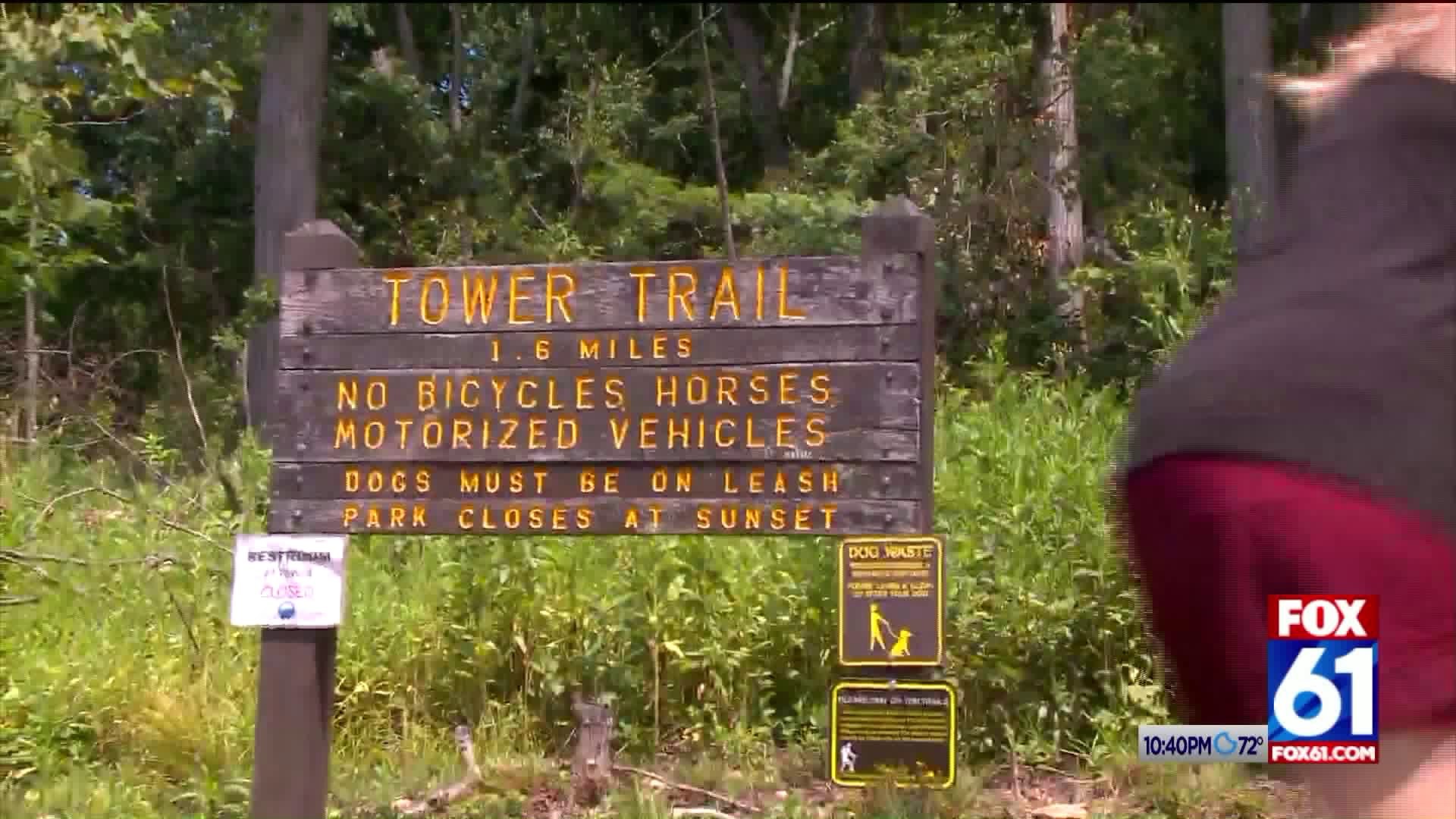 “I figured this was a good place to go for a walk with the dogs on Saturday,” said Chris Roush, who started his job at QU last week.

He said, with his wife out of town on business, he hiked Sleeping Giant with his two dogs for the first time.

“And, my 17-year-old dog, Sadie, sees this crevice, that goes down about 50 feet, and decided that she wanted to go down it,” Roush said.

Sadie, a Chesapeake Bay retriever, had slipped her collar and leash and vanished.
Searching for her was made doubly difficult because Sadie is deaf.

Roush and volunteer groups searches of Sleeping Giant turned up empty for the next three days. Then, late Wednesday afternoon, there was hope.

“A man, who had been at the park, with his dog, posted on Facebook that he had heard a dog howling and crying near the green trail,” said Roush.

Sure enough, it was Sadie.

She was Stuck in a five to seven foot deep hole. So, Hamden Fire Department was called on to assist in the rescue.

“We used a soft sided stretcher, that could be carried by for firefighters, and we wrapped the dog in a blanket to keep her as comfortable as possible,” said Hamden Fire Chief Gary Merwede.

Sadie is now being cared for at a veterinary hospital and should be home in a couple of days.

Roush, with a smile on his face, said that every year he takes Sadie to the drive-through for a hamburger, for her birthday. And, he said, he’s looking forward another birthday to go next February.