Mixed use development paving the way to downtown New Haven

NEW HAVEN – The first of the five phases of a mixed use development project in New Haven is now complete as part of the city’s Hill to Downtown community ... 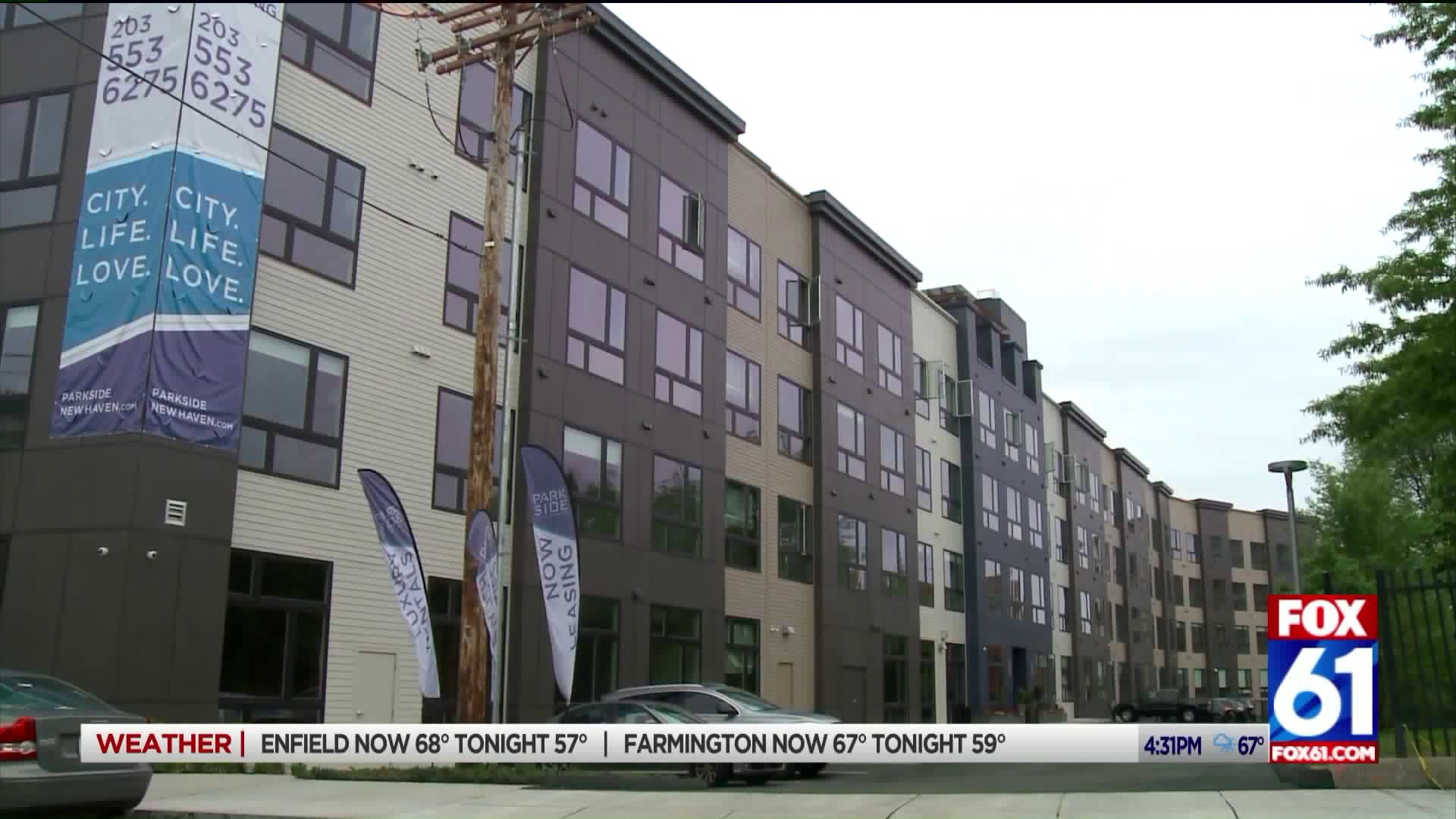 NEW HAVEN - The first of the five phases of a mixed use development project in New Haven is now complete as part of the city’s Hill to Downtown community plan.

It’s a project that the state’s Economic Development Commissioner calls a blueprint that cities around the state can follow to turn neglected, underutilized pockets of land into transit oriented development.

Thursday morning, the ribbon cutting for the four-story, 110 unit Parkside at City Crossing, which will include 33 affordable units, which look exactly the same as the market rate apartments.

"So, we build the building and then we identify and scatter the affordable apartments throughout it just mixing it up," said the developer Randy Salvatore. "Ones and twos in various places. So, they are absolutely identical."

This development, as well as the other four, which will all feature roughly 30 percent affordable housing units, are within a couple of blocks of both Union Station and downtown.

"Look, millennials are moving to New Haven, but also baby boomers," said Harp. "So, there is a real great mix of people who want to be in our vibrant city."

Already approximately 30 percent of the apartments are leased in Parkside, a building where the conveniences will include first floor retail, which Salvatore estimates should be filled within a couple of months.

The expected completion for all five phases of this City Crossing development, which will feature over 550 housing units, is expected to be about two and a half years from now.