NEW HAVEN — George Herbert Walker Bush had plenty of ties in Connecticut. At Yale University, his Alma mater, the community saluted the late president at Wednes... 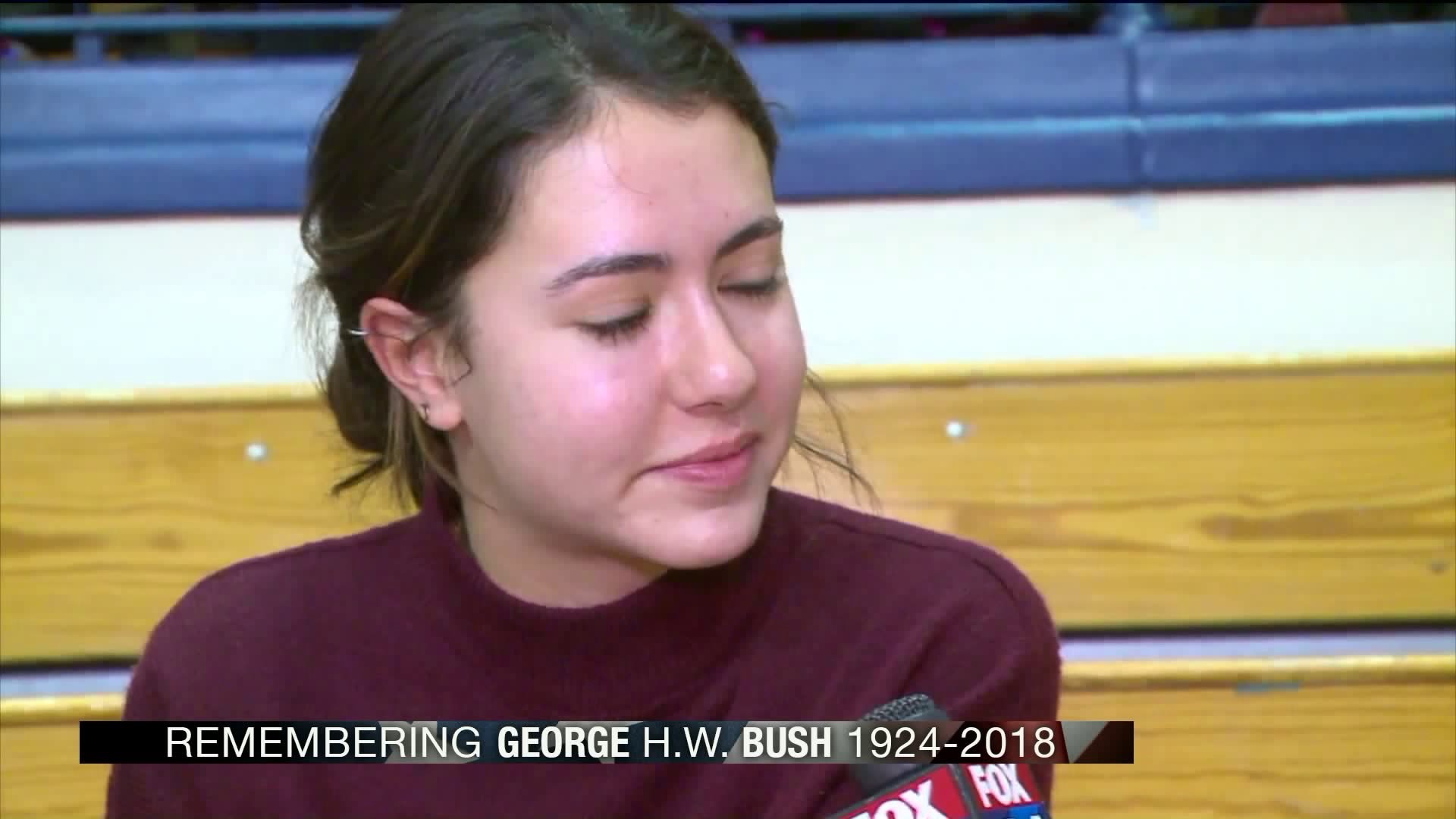 It was a brief and emotional moment as fans, athletes and members of the athletic department stood to remember the former president, who had a special place in his heart for Yale.

“Tonight we honor Bush’s life and his service to our country and to Yale,” an announcer said.

Bush was a passionate sports fan and left behind a legacy of leadership in the Ivy League university’s athletic department.

“We’re honoring a great man who was a captain of the baseball team here, a great friend of Yale and Yale Athletics for so many years,” said Steve Conn, Associate Athletics Director for Sports Publicity.

Conn said at every event this week, the school held a moment of silence for the former president.

“If there ever was a moment of silence that would draw a crowd, GHWB would be one of them,” he said.

Students took breaks from studying for their final exams to watch their peers play in the men’s basketball team home opener.

“I think [the moment of silence] reflects the culture of Yale because we definitely pay homage to a lot of our ancestors a lot,” said Alin Pasa, a student at Yale. “I thought it was really respectful.”

Members of the women’s basketball team showed their support, too.

“We actually did a moment of silence at our game yesterday,” said Gabby Nelson, a senior basketball player. “I think it’s a nice way to honor the former President Bush.”

Just one floor above the game, the George H. W. Bush hallway reminds the community of one of their most dedicated members.

“He came back to visit quite often and really loved to go through his old stomping grounds, especially Yale field and the Payne Whitney Gym where he spent so much time,” said Conn.