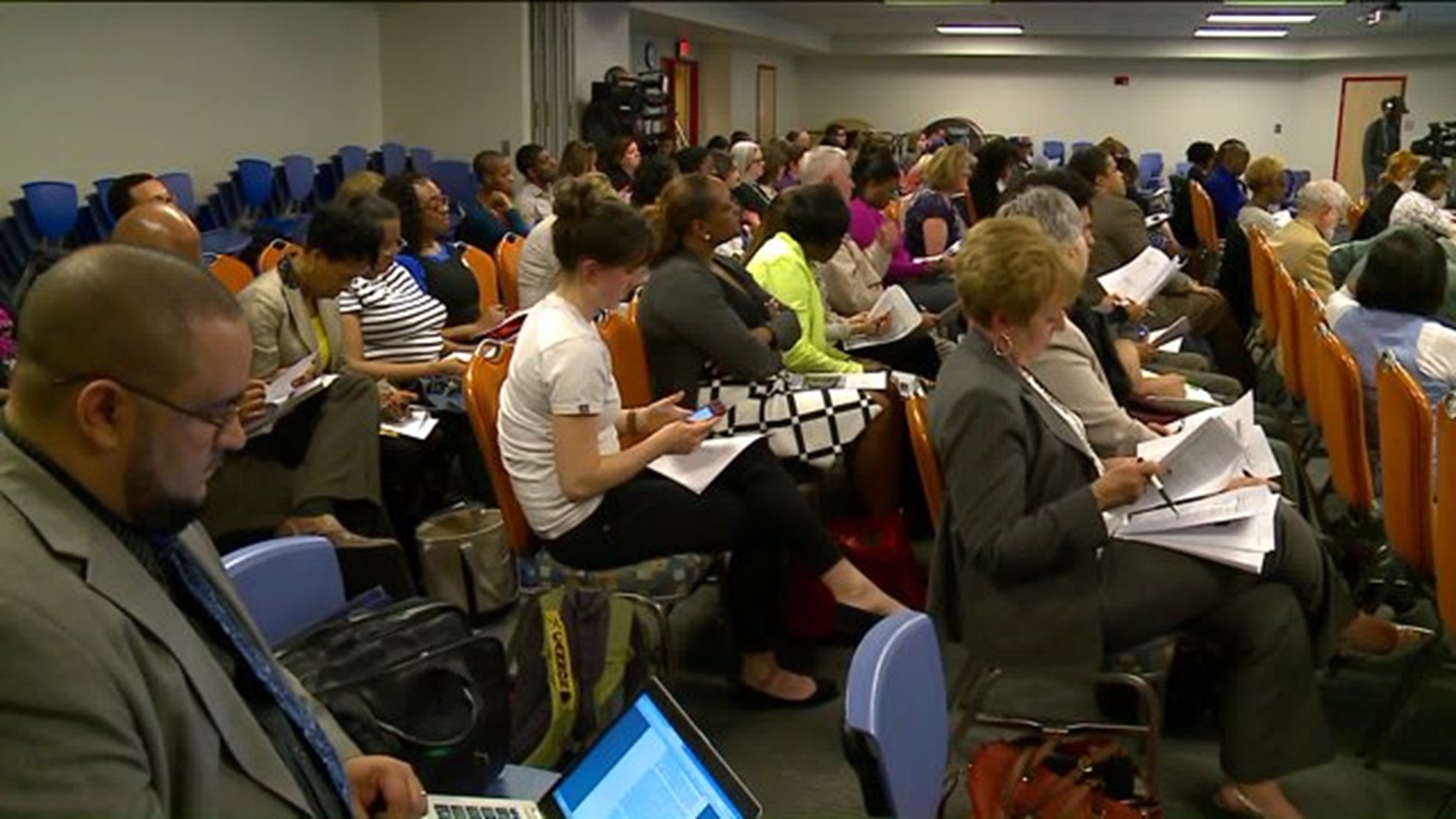 The proposed budget includes a reduction of 235.8 positions, 96.5 of which are for teachers. There are also proposed cuts to some professional contracts, insurance, equipment and supplies. Personnel cuts also include administrative positions within the central district.

At the end of March the Board of Education announced it was looking at cuts of "north of 200 positions" for the next school year.

The cuts are needed to close a $30.2 million budget gap.

The district says it has received eight years of flat funding from the city, meaning it must work with the same amount of money each year in its general funds. It also faces a decrease of $19.3 million, or 12.2 percent, of its special funds from sources like federal and state grants.

Superintendent Narvaez said that this is not an easy budget, but that the district will weather the storm. Narvaez said she is pushing as much money as she can into classrooms to maintain low class sizes and provide access to social workers, the arts and physical education in every school. She added that they are working to place tenured teachers in positions left vacant by retirement.

Board member Craig Stallings asked several questions after the proposal, voicing his frustrations. “We’re asking meatball questions when, again, there’s a tsunami coming and getting ready to hit us and we’re asking about an umbrella,” said Stallings.

“Revenues are on a decline and expenses are up,” said Board of Education Chair Richard Wareing. “That makes it hard.”

Hartford mom Tamara Jackson said she is already saving up so her pre-school-aged children do not have to attend Hartford public schools. She said the thought of them being in the system keeps her up at night. “I don’t even have cable anymore because I need to make sure that, God forbid I need to pay for my son to go to school for the rest of his life, that I have the money saved up,” said Jackson.

Jackson attended Tuesday night’s Board of Education meeting. “They seem to be trying to put a Band-Aid on a bullet would, and it’s not going to work out,” said Jackson.