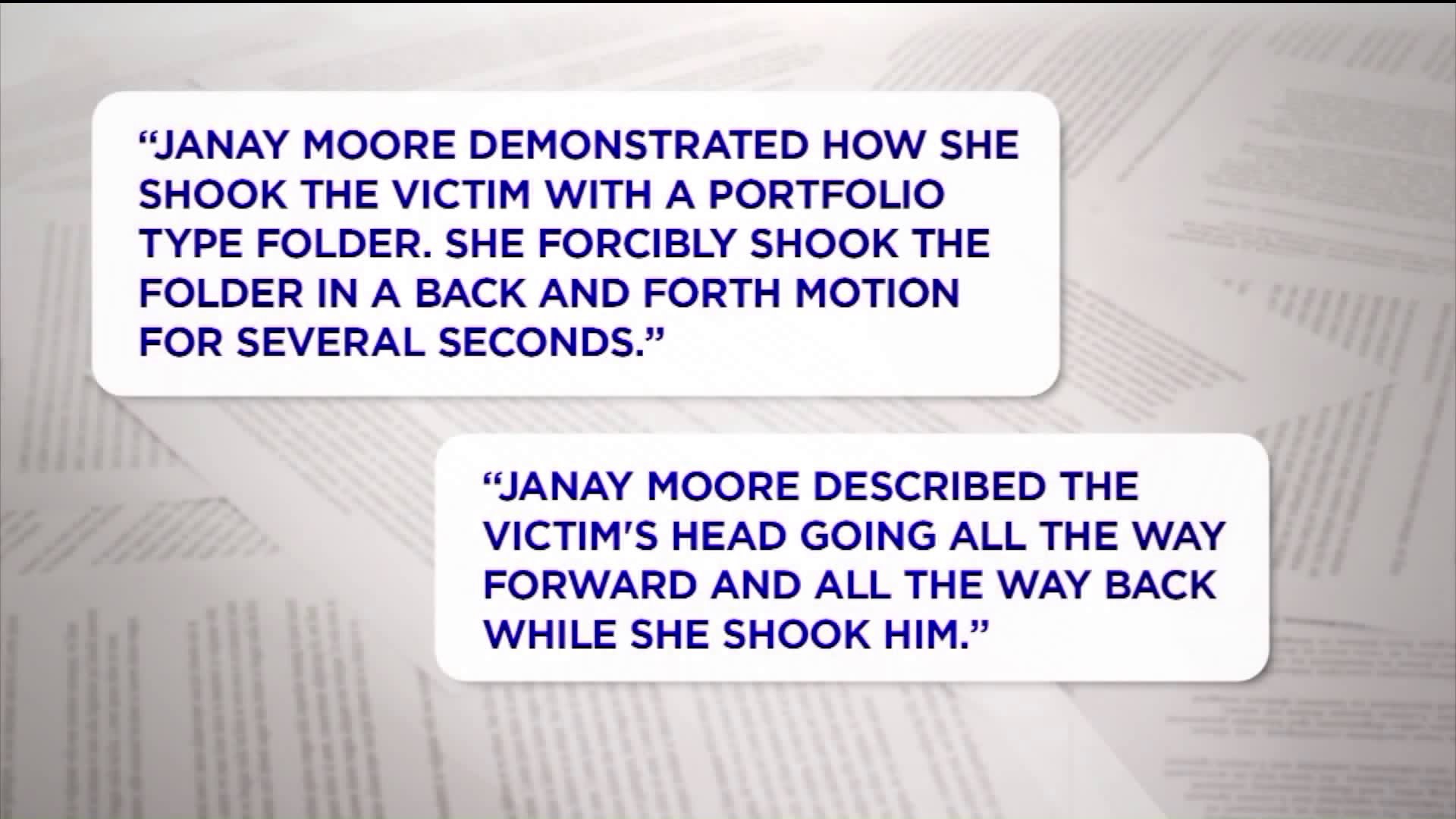 This case comes as Governor Ned Lamont appoints a new head of the Department of Children and Families (DCF). Several controversial cases have kept the department in the headlines over the past few years, including the death of an autistic teen in Hartford who was starved and abused. That child died one month after DCF closed its case file on him.

According to the arrest warrants for Moore and Williams, Moore told police the baby fell off of a bed and then she shook him.

When she woke to dress the baby the next morning, she told police the baby was limp, whimpering and his eyes were stuck to one side. So, she said, she shook him to get a response.

That’s when Williams texted his mother, who arrived at the house about an hour later, crying when she saw the baby’s condition.

“The victim’s grandmother… yelled at them to go to the hospital,” the warrant says.

Moore took her time, according to the warrant, getting dressed, washing up and smoking a cigarette. After that, she “made the other children cereal and cooked a beef patty for 30 minutes then sat down to eat the patty.” Then she took a walk to the ATM came back and made arrangements to get a ride to the hospital.

According to the warrant, social workers admitted Moore missed a number of appointments with them, including one just two days before the baby ended up in the hospital.

Moore and Williams are being held on bond and are scheduled to appear back in court at the end of the month.

A spokesperson for DCF could not be immediately reached for comment.