DANBURY — The mother of a 31-year-old man, who was shot multiple times by a Danbury police officer last week, agrees with her son being arrested but says ... 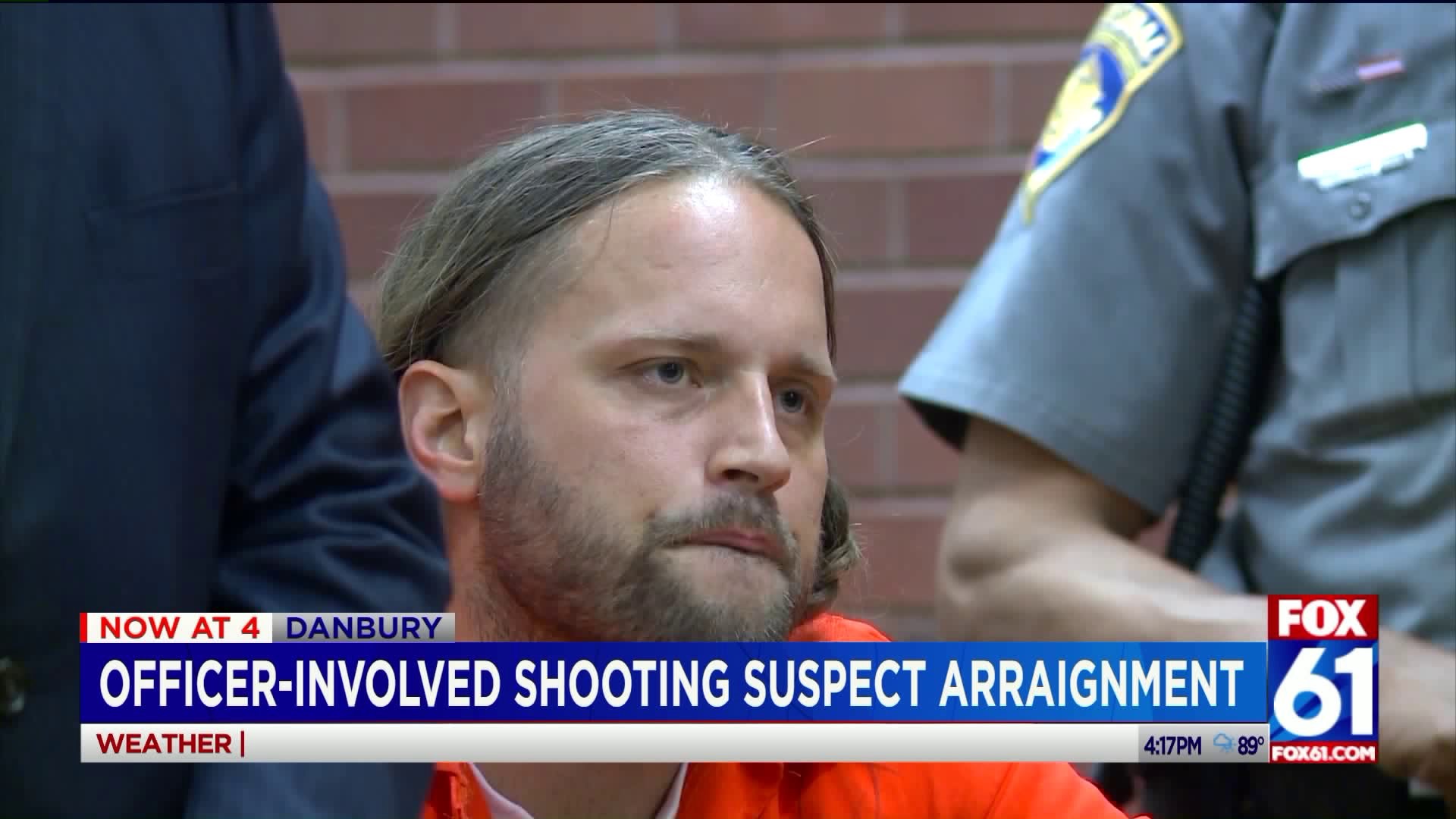 DANBURY -- The mother of a 31-year-old man, who was shot multiple times by a Danbury police officer last week, agrees with her son being arrested but says police used excessive force.

Aaron Bouffard‘s mother, Sherry Bouffard, teared up while watching her son struggle, using a walker, as he entered the courtroom at Danbury Superior Court.

While she agrees that her son should have been arrested, Sherry Bouffard blames the incident, during which he grabbed two butcher’s knives, in large part on the fact that he was neither prescribed nor taking medication to treat his diagnosis as being bipolar.

Aaron Bouffard has ridden a bumpy road, with 14 criminal convictions to date, according to court officials.

Cops were called to McDonough House, a Danbury substance-abuse treatment facility, saying that Bouffard had beaten up at least one staff member and then grabbed two knives and took off.

“What he told me was ‘I’m not going to have them taser me and tackle me,’” said Sherry Bouffard. “But he’s not thinking properly.”

The Connecticut State Police, who always assumes the investigation when a local police officer is involved in the shooting, says Danbury police ordered Aaron Bouffard to drop the knives, but he didn’t comply. His mother said he told her her never heard that instruction.

“He said he took a step and they shot him in the side,” Sherry Bouffard said. “It hurt his ribs. He went down. They shot him again and he went down on the second knee.”

Officer Relyea, who has received multiple commendations during his five years as a Danbury officer, has been placed on paid administrative leave for the second time in several months. On December 28, he shot and killed another knife wielding man.

“He said that he was walking away to go towards the woods when he got shot,” said Roberto Rivera, who became friends with Aaron Bouffard when the two were being treated at another facility recently.

Aaron Bouffard is scheduled to be in court again tomorrow in Waterbury and Friday in Bristol on probation violation charges.

Sherry Bouffard says, well she understands that Danbury police do not use body worn cameras, she says state police, who responded to the scene, do where those cameras. So, she contends, there should be a video record of what truly transpired.

She says her son told her that a state trooper told a Danbury officer that he lost his body camera in the woods.