EAST HAVEN – The mother of two children found dead inside their home in East Haven last week has been charged with murder and court documents reveal a sui... 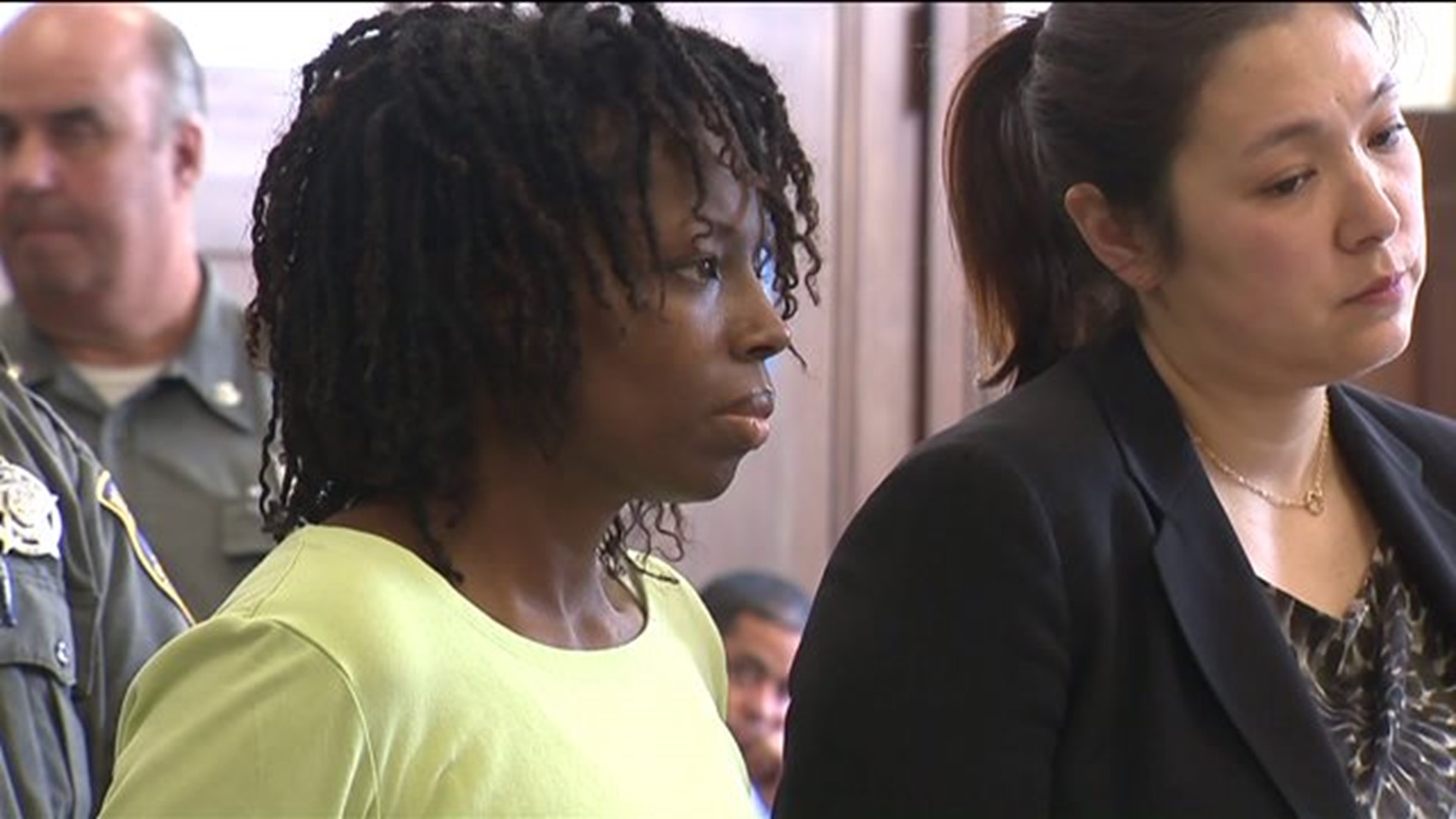 EAST HAVEN - The mother of two children found dead inside their home in East Haven last week has been charged with murder and court documents reveal a suicide note was found near the children's bodies, explaining why she killed them.

Wednesday, police obtained an arrest warrant for LeRoya Moore, 36. She is charged with two counts of murder and three counts of reckless endangerment.

Moore is the owner of the home at 541 Strong St. in East Haven, where the incident occurred.

According to a 911 call released last week that was made by Moore’s friend, she had been threatening to hurt herself and said she had cuts on her arms.

New information released by police indicates that police responded to Moore's friend's home to view a letter she received from Moore. The police officer then called Moore on her friend's phone and convinced her to exit her home from the second floor door. Police approached her and observed cut marks on her wrist.

Moore's friend had said that children lived in the home, so police went in to find them and found a strong smell of natural gas. They found the children fully clothed lying on a blanket on the floor, and they were already dead. Police realized they had been deceased for some time.

Near the children's feet was a letter written on the computer, with the signature at the end reading "LeRoya D. Moore." The signature matched the one on her driver's license.

I'm sure there's an expert somewhere that will say the children suffered, but I let them know they were loved very much and they were going to heaven. We said the Lord's Prayer to protect their souls I know this was meant to end the way it did. I don't know the reason why, but we were meant to die today...

I'm numb and if I burn for eternity at least I'll know why I deserve it...

I couldn't leave any more of my kids to the system... They were in pain and now they're in heaven. I prayed and God knows my heart, he made me the way I am and knew we wren't fit for this world past this time...

I will be cremated and the bank will get the house and the car... I asked God to stop me if I was making a mistake. I asked to show me I was wrong and save them. They should not be left to burden anyone because I am the only one who could love them like a mother. Not an institution or social worker... They will be in heaven with the people who we lost and loved...

They got to do all of the things they wanted to do before they died today. They ate their favorite things. They had ice cream and they wanted to paint their nails so we got nail police and they had fun and really liked how it came out... My older kids escaped the same fate because I was too depressed to move and make it happen...

There's no more pain for Aleisha and Daaron. They left this world as innocent as they were when they came into it... I'm done. There's nothing else to say and no further explanation to give...

East Haven mom charged with killing her children leaves note about final moments
Meanwhile, while officers were looking through the house, Moore was asked by officers where her children were, and she said, "I stabbed them, I released them." She also said she had opened the gas line, and she affirmed that she had hurt the children.

Police say Moore was despondent, and she was taken to the hospital for how she was acting and for the cuts on her arms.

Despite the "stabbing" claim, the arrest warrant says the autopsy ruled out blunt force trauma and puncture wounds as a cause of death. The medical examiner's office is awaiting results of toxicology tests before ruling on the causes of their deaths.

During a search of the home, 46 bottles of prescription medications were found, including sleep aids, prescription painkillers, muscle relaxants and anti-depressants.

The arrest warrant application also states there was no malfunction to the house's natural gas system and that the gas was intentionally turned on.

Moore and the children's father Michael Moore are divorced, and after the two separated the children moved with their mother to the East Haven home last year.

Moore is being held on $2 million bond. She was arraigned Wednesday afternoon.  She is now on suicide watch at the Department of Correction in Niantic. Prosecutors say she has 14 prior convictions.

Moore is due back in court June 23.

“I continue to send my sincere sympathy and condolences to the friends and family of the victims," said Mayor Joseph Maturo.  "I would also like to
extend my deep appreciation to the East Haven Police Department, particularly the Detective Bureau with the assistance of the States Attorney’s
Office, the Office of the Medical Examiner and the Connecticut State Police Major Crimes Unit, for their diligence and hard work.”