WEST HAVEN – Late August is always the time of year when anxious parents and their college freshman children move into another phase of their lives. And s... 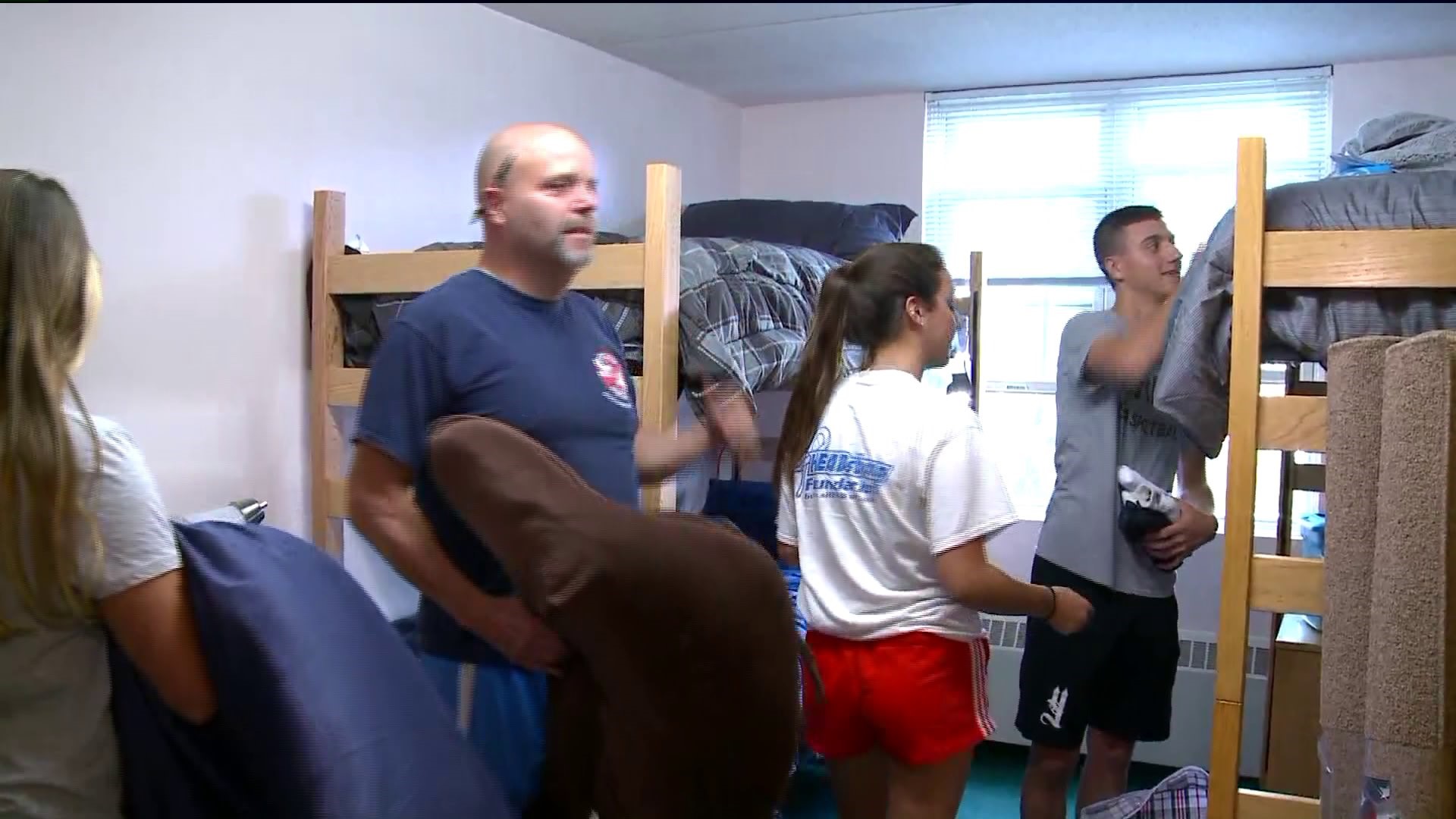 WEST HAVEN - Late August is always the time of year when anxious parents and their college freshman children move into another phase of their lives.

And speaking of move in, Wednesday was move in day for some students at the University of New Haven.

“It’s a big change, different for my life,” said Matthew Wilson, a freshman from New York.

Fire science is his major. His dad is a firefighter, whose hydrant full of tears hasn’t been opened yet.

“Not too bad now,” said his dad, Jeff Wilson. “It’ll hit me later you know when he’s not home and we’re not at the fire house and hanging out watching TV.”

“I’m really sad already,” said Emma Dombrowski, a freshman from Rhode Island. “My family and I are so close. It’s gonna be hard to be away from them for so long. But, I know we’re going to keep in contact.”

“I’m going to give it like five minutes and will probably, I’ll start crying,” said Eve Hein, a freshman from Pennsylvania.

One dad was very reflective.

“It’s amazing it went as fast as it did,” said James Hajek, of East Haddam, whose daughter, Isabelle, plans to major on Forensic Psychology. “It seems like you were holding her like this yesterday and now it’s exciting to see her moving up and growing up.”

After putting four daughters through college, one father is happy to see his son is now out of their nest.

One freshman checked himself in at school.

“My mom has a full-time job and my dad has cancer and can’t make the trip out,” said Cameron Spencer.

He lives near San Francisco and drove himself across the country, 3,200 miles.

“It was just super long, boring and just the middle of the United States,” said Spencer. ‘There’s nothing out there'.”