HARTFORD —  As thousands across the country continue to mourn the loss of Grammy nominated rapper Nipsey Hussle,a local artist showed his respect by paint... 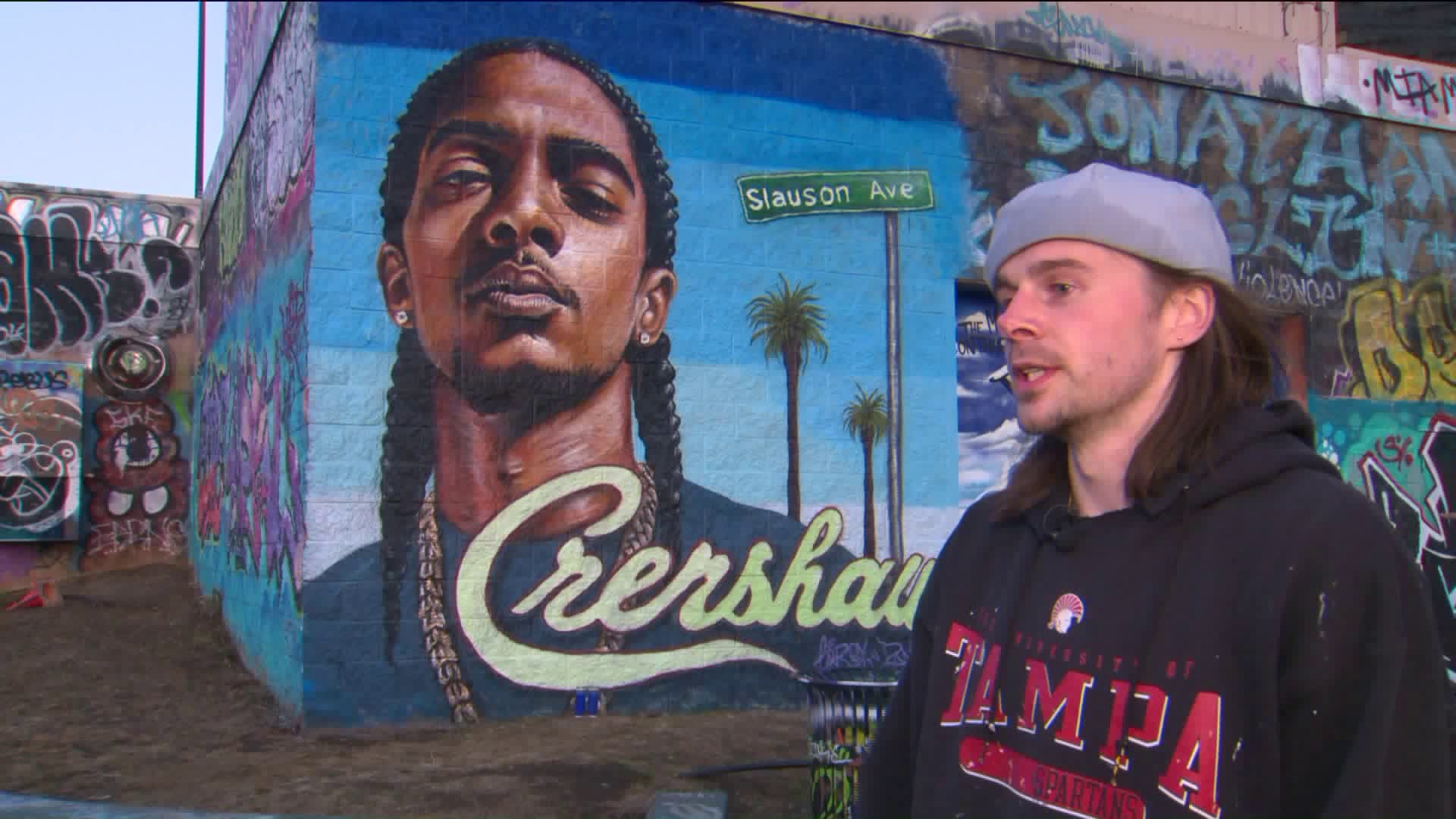 HARTFORD --  As thousands across the country continue to mourn the loss of Grammy nominated rapper Nipsey Hussle,a local artist showed his respect by painting a mural in Hartford.

Last week was a violent week in Los Angeles, 26 shootings and 10 homicides- including the killing of the popular rapper.

Hussle, an artist and activist, was working to prevent violence in LA when he was gunned down in front of his Crenshaw clothing store.

Tuesday morning police made an arrest in the murder, a turning point, starting closure for victims, friends and loved ones.

Wednesday, as a part of that closure, at Hartford’s Heaven Skate Park, a local artist painted an amazing mural of the rapper.

The artist is Corey Pane, he’s from West Hartford, and he’s already known for painting cleats for NFL Players.

“I just wanted to do something cool for him, just kind a like a tribute, peace to him. Keep his legacy alive. To me he was like a big inspiration kind of musically and more as a person, you know just everything that he was about. I just respect him that’s why I felt like I want to do something for him.”

Not planning any event, or response Pane said he was surprised by the attention the mural was getting on Wednesday evening.

“It was cool it just kind a happen naturally I don’t know. This morning I was here by myself, and then people kept coming through and people were taking pictures and putting it on Facebook and everything. People are telling me they came from New Haven, or Middletown or like all over just to come see the art so I thought that was pretty cool.”

An organic moment in Hartford, inspired by the death of an artist thousands of miles away.

Eric Holder, the suspect, was charged by the LAPD and is being held on a $7 million bond.

Heaven Skate Park in Hartford was proposed in 2009 and completed in 2014.

It’s a unique place in the city for skate boarders and artists to freely express themselves.