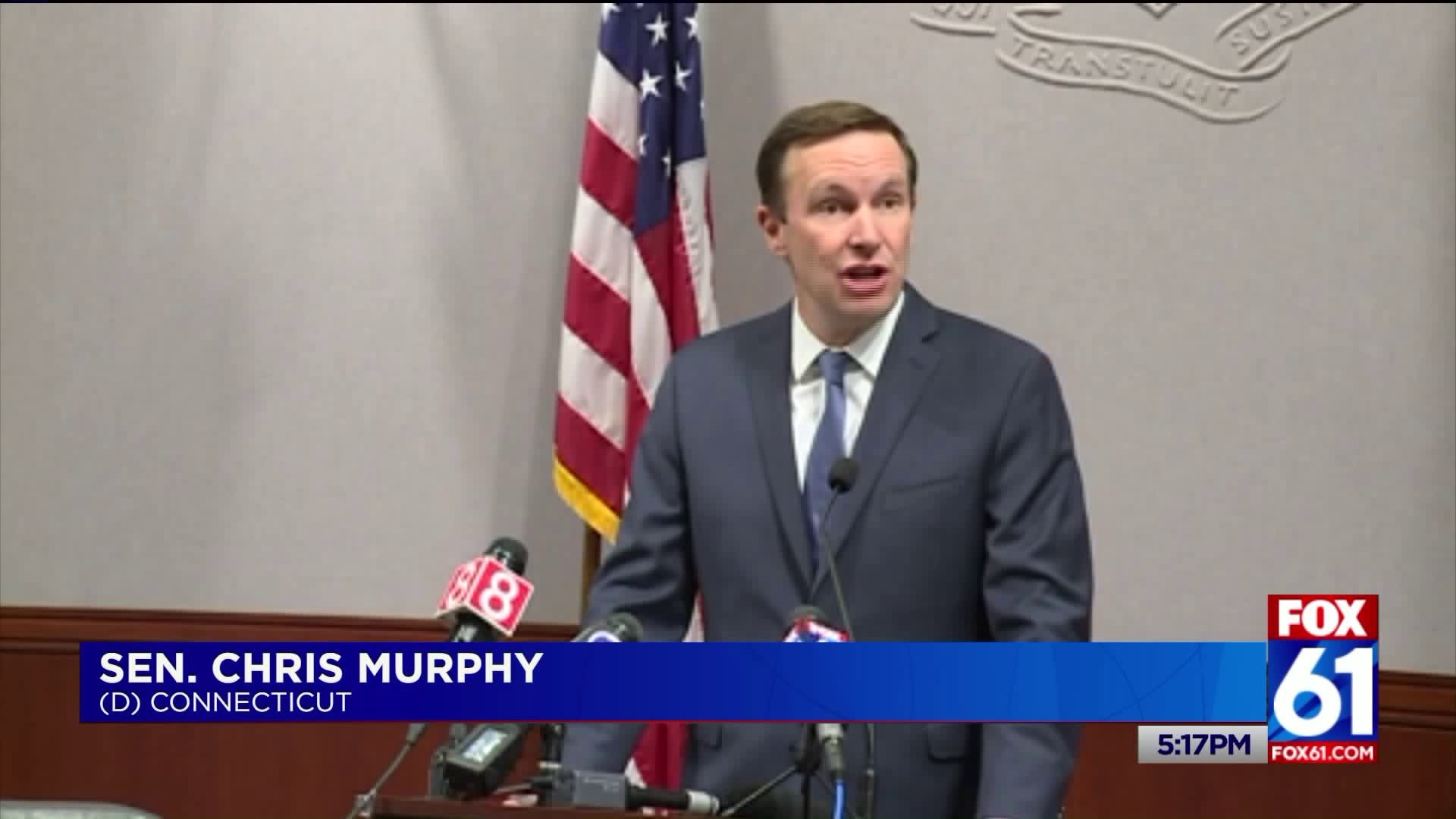 HARTFORD — The White House has told US Senator Chris Murphy that President Donald Trump remains committed to working on expanded background checks legislation for gun purchases, but the Connecticut Democrat acknowledged Friday he's skeptical whether anything will happen.

Murphy said he spoke with Trump officials on Thursday night about their commitment to working on a "comprehensive anti-gun violence proposal" that would include strengthening background checks and also incentivize states to pass so-called "red flag" laws, which allow guns to be taken from people who pose harm to themselves or others. Connecticut already has such laws on the books.

"I am skeptical that these efforts are going to bear fruit. I think it's very hard to negotiate with this White House when the president's public positions seem to change by the day," he said. "I'm going to try ... because the stakes are so high."

Murphy gave the effort to pass expanded federal background check legislation less than a 50% chance of happening but said he has made a commitment to work with the Trump administration over the next few weeks to try and find common ground. He said he's hopeful bipartisan meetings with members of Congress and the White House will resume next week.

"If this all seems like a ruse, an attempt by the president to make it look like he's doing something without actually moving the ball down the field, I think we'll know that in fairly short order. But I want to make sure to give this all a try," said Murphy, adding how he told the White House he opposes giving the National Rifle Association "veto-power" over the legislation.

This week, Trump has given mixed messages on his support for tighter background check legislation. On Wednesday, he again said he supported ways to make the checks stricter. But the president also said, "You're on that slope and all of a sudden nobody has any legal protection," adding "Our Second Amendment will remain strong."

The latest gun debate comes after gunmen opened fire in El Paso, Texas, and Dayton, Ohio, leaving more than 30 people dead. In the days following the mass shootings this month, Murphy said he reached out to the White House to express his willingness in working with Trump. Last week, the president called Murphy and expressed interest in working on bipartisan legislation that could pass the Republican-controlled U.S. Senate.

Murphy suggested Friday that Trump might be more willing to support something closer to the failed bipartisan legislation proposed after the 2012 Sandy Hook school shooting in Connecticut that would have broadened background checks, including on most private party sales.

Ultimately, Murphy acknowledged it might be easier to pass legislation that encourages states to pass the red flag legislation, also known as emergency risk warrants.

"I anticipate that we will be introducing a bill very soon," said Blumenthal, who hopes there will legislation ready by September that will have broad, bipartisan support.